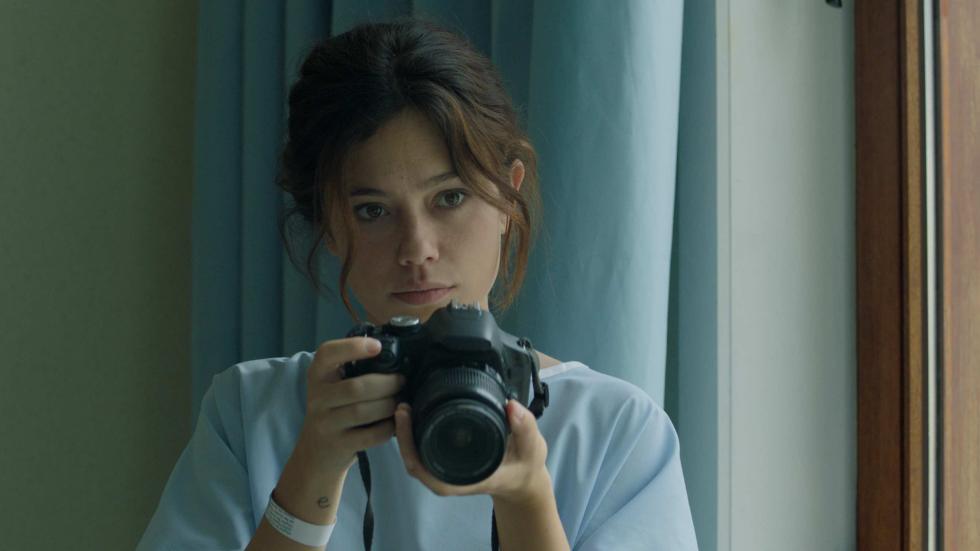 The festival's programme includes 15 Spanish-produced feature films in its various competitive sections, most of which are world premieres

Sevilla, october 14th 2020.- The most daring, innovative and combative Spanish cinema will once again be the protagonist of the 17th edition of the Seville European Film Festival, a festival that has historically welcomed new generations of filmmakers over the years. Fifteen films will bring together renowned names in the industry such as Luis López Carrasco, Margarita Ledo, Kíkol Grau, Gonzalo García Pelayo and Pedro G. Romero, thus providing an alternative for new artists making their debut in Seville, such as Guillermo Benet and Salka Tiziana.

The announced presence in this year's Official Section of Luis López Carrasco's latest work, El año del descubrimiento, represents the return of the Murcian filmmaker to the Seville Festival, years after presenting El futuro (2014). Awarded Best Film at the recent Cinéma du Réel Festival, this film questions the glorious legacy that came with the Spain of 1992, when the Olympic Games and the Expo were celebrated: a mystery that concealed the socio-political problems of the time. Carrasco draws attention to the barely mentioned workers' revolt which, in the midst of industrial regeneration, and after several weeks of peaceful protests, ended with the burning of the autonomous parliament of Murcia. The film plays a game of mirrors between yesterday and today, with split screen and elements of non-fiction and essay.

Another key name is Margarita Ledo. An academic and researcher with four decades of university teaching under her belt and three degrees on her CV, the filmmaker presents her fourth feature film, Nación, which will be screened at the New Waves Non-Fiction section. Defined by the author herself as "search cinema", Ledo portrays the special fragility of women in an already mistreated working class, based on the experiences of a group of women workers in a Galician pottery factory over fifty years. Having Alberte Branco as her DoP (who has taken part in several Festival hits, such as Arima, La estación violenta, Las altas presiones ), the film has a strong political and feminine message that recalls the long struggle for women's rights: voting, access to the labour market and independence.

An innovative voice, in cinema and in life (he was a businessman, music producer, radio broadcaster and even a professional gambler and casino scourge, as shown in the film The Pelayos), Gonzalo García Pelayo is participating in the New Waves Non-Fiction section with his latest work, Nueve Sevillas. The artist is not working alone, rather he is joining forces with another reference figure, Pedro G. Romero, a multi-faceted artist (sculptor, painter, writer...), one of the most important scholars and wise figures in the world of flamenco. Both make an unconventional, nocturnal tour around the capital of Seville, unravelling different notions of flamenco and showing all its richness.

Another filmmaker with a long career on his shoulders is Kíkol Grau , who with Las cuatro esquinas y Madrid cierra his double trilogy dedicated to the history of punk in Spain: rascally and confrontational, the film makes a historical claim of a movement that had as its epicentre the capital of the country, Catalonia and the Basque Country, exploring also the punk legacy in communities like the Canary Islands, Galicia or, of course, Andalusia. The Permanent Revolutions section will host its premiere.

Half of the films produced in Spain in this edition are testimonies about transformation processes and women's awareness at different stages of their lives. We see this in Nación, but it also happens, for example, in La vida era eso, the first feature film by David Martín de los Santos, which is in the Official Section. In it, the filmmaker captures the friendship between two women from different generations who also represent the struggles of the Spanish people in search of a better future: the oldest, played by Petra Martínez (La soledad, Petra, the series La que se avecina), was part of a wave of migration in the 1960s; the youngest, played by Anna Castillo, is one of those who left the country because of the 2008 crisis. An encounter in a Belgian hospital will redefine them as women.

Another story about a woman who rediscovers herself is also in the Official Section: Karen Blixen, a famous writer who signed as Isak Dinesen and who belongs to the collective memory thanks to Memorias de África. Christina Rosenvinge brings Karen to life in María Pérez Sanz's (Malpartida Fluxus Village) second feature, is a delicate film with literary, but also historical connections, which uses colonialism as a background, and which casts an intimate look at Blixen's last days in Kenya.

In the New Waves section another film stands out, which, by mixing melodrama with non-fiction resources, puts the focus on a woman and her maelstrom of emotions: the flamenco dancer Carmen Mesa, who arrives in Argentina after a disappointing love affair. Patrás ni pa’tomar impulso takes her journey as the starting point, in a powerfully emotional portrait with a musical connection to Seville. This project was developed by two spirited women: the director Lupe Pérez García and the producer Marta Esteban (Truman).

The Spanish-German filmmaker Salka Tiziana firms a very powerful debut feature, wrapped and subjugated in the landscape of Sierra Morena, and in an atmosphere that combines summer lethargy with the emotional tension of its protagonists. With a fair sun and to the sound of the relentless screeching of cicadas, Larissa and her two twins arrive from Germany to the isolated house where their mother-in-law and sister- in-law welcome them. Permanent Revolutions will screen this co-production between Spain, Germany and Switzerland, selected by the Rotterdam Festival and the Berlin Critics' Week.

And another woman is the protagonist of El arte de volver: in this case an actress who returns to Spain amist facing a series of reunions, some exciting, and others full of accusations. This debut film by the Madrid-based director Pedro Collantes, features Macarena García and Ingrid García-Jonsson in the cast. It can be seen in Extraordinary Stories. Special Screen Section. Same, as the Galician Alfonso Zarauza (La noche que dejó de llover) who will be presenting Ons, a story that combines drama and mystery, where two women exercise their power in an unprecedented triangle.

A historical window to discover the new voices of our cinema, the SEFF will host other films that seek out new horizons. In this case, Guillermo Benet with his film Los inocentes, a feature-length version of his previous short film entitled the same, and which uses creative aesthetic resources to explore moral issues such as guilt and individualism, based on an accident involving a group of young people. So does Pablo Maqueda , with a love letter to cinema which is also a tribute to the master Werner Herzog and Lotte Eisner, writer and co-founder of the Cinematèque Française. Maqueda follows Herzog's trail to find his own identity as a filmmaker: in fact, he repeats the journey on foot from Munich to Paris that the German director took in 1974 to visit a woman, Eisner, who was seriously ill, which he recorded in the book Del caminar sobre hielo. The result of his adventure is Dear Werner, which also features the imposing voice of Herzog himself reading passages from his text. The film can be seen in the New Waves Non-Fiction section

On the other hand, the Extraordinary Stories section includes, out of competition, the premiere of Billy, by Max Lemcke, a documentary that portrays the policeman Antonio González Pacheco, known as Billy the Kid, the gunman of Franco's dictatorship.

Two special sessions round off the Spanish presence in Seville: on the one hand, Bienvenidos a España, by Juan Antonio Moreno Amador , gives voice to a group of refugees arriving in our country. The integration and the cultural shock are the protagonists of this exciting non-fiction story.

On the other hand, the Spanish-Portuguese co-production El viaje más largo, by Manuel H. Martín combines with interviews, all of this aiming to document the first trip around the world made by the Magellanic expedition- Elcano between 1519 and 1522.