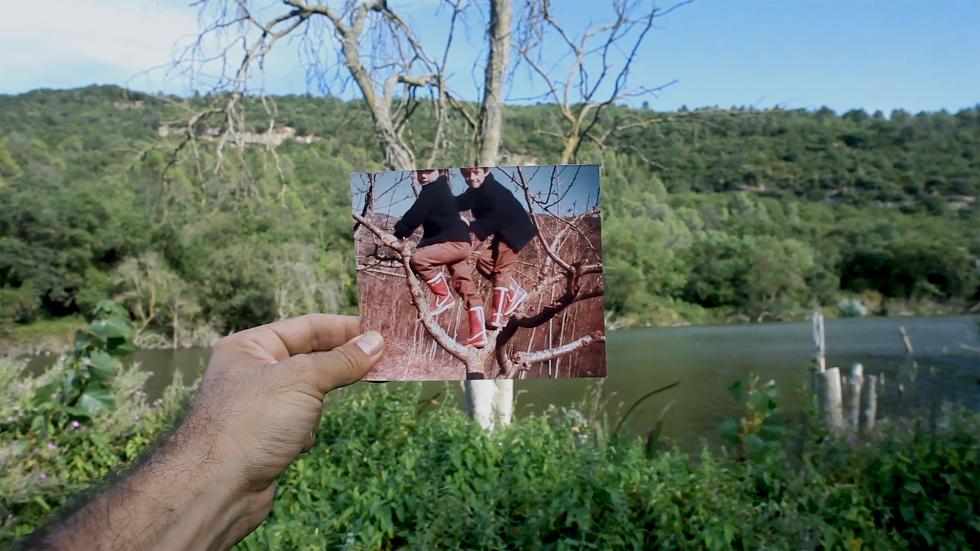 From September 15th to June 8th 2022, a total of 10 films awarded in the last editions of our festival will be screened at its headquarters in Granada. 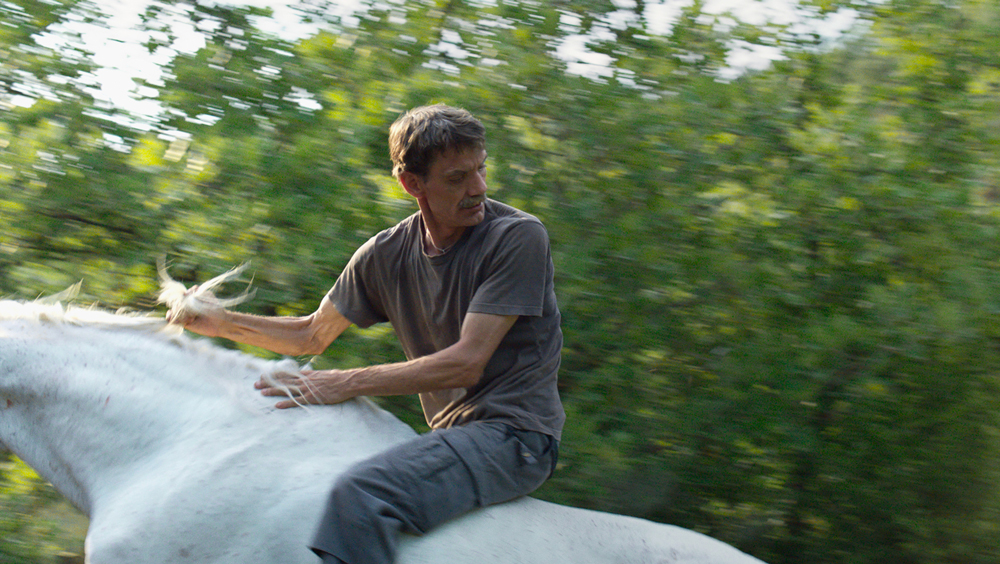 A dozen films featuring the SEFF’s: This is European Cinema seal of approval will form part, from September to next June, of this season's programme at The Film Archive of Andalucía, a centre run by the Regional Ministry of Culture and Historical Heritage which, at its headquarters in Granada, will host the screenings of this cycle. The purpose of this retrospective is to encourage new spectators and to generate a connection with European cinema.

Under the title Europe Wanted, this selection offers a review of some of the best titles shown at our festival in the last eight editions in the form of European fiction, documentary and animation films, some of them recipients of major awards given by the SEFF.

Thus, this cycle will open on the coming Wednesday September 15th with Western, by the German director Valeska Grisebach, which formed part of the Official Selection of the 14th edition and was awarded the Grand Jury Prize. From the same year, the Portuguese film A fabrica de nada, a feature film by director Pedro Pinho, winner of the Giraldillo de Oro in 2017, is also scheduled.

In this cycle, the audience will also be able to attend the screening of the animated film Ruben Brandt, Collector, directed by the Slovenian Milorad Krstić. Among the Spanish titles, the documentary Zumirik, by Oskar Alegría programmed in New Waves Non-Fiction 2019, stands out.

This exhibition will end on June 8th with the screening of the Romanian feature film Malmkrog, by director Cristi Puiu, a period film awarded with the Giraldillo de Oro at the 2020 edition of the Festival, the highest award given by the festival.

With this cycle, The Film Archive of Andalucía and the Seville European Film Festival offer Andalusian filmgoers the opportunity to rediscover some of the most outstanding films that have been part of our festival in recent years. 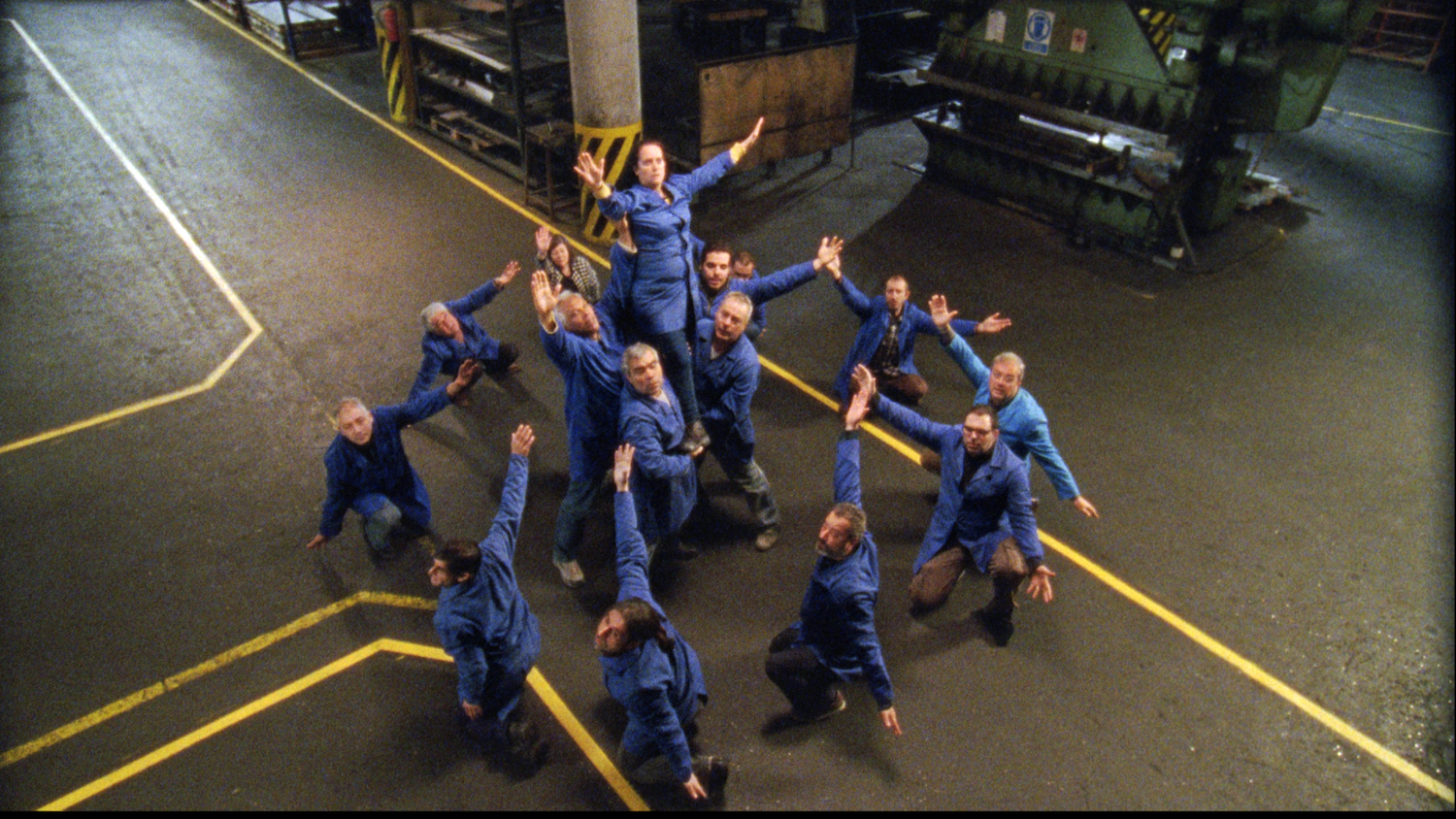 A contemporary western set on the border between Bulgaria and Greece, where Meinhard, a German worker, arrives to set up a hydraulic plant. The relationship with the locals will trigger the heart of the history.

A group of workers discover that the management is stealing machinery and material from their own factory. Faced with this panorama, they dig in at their workstations.

A castaway Crusoe of the "Zumiriki" from the title, an island in the middle of a river for which Alegria awaits while performing small rituals, discoveries, and remembrances through a particular sense of humor. An imaginative and inspiring film to rethink the life that was handed to us, it has received a standing ovation in Venice.

Ruben Brandt, a famous psychotherapist , suffers from terrible nightmares featuring famous paintings: from Botticelli to Hopper, including Velázquez (don’t worry, Murillo doesn’t appear). His group of patients become an ineffable band of thieves, travelling from the Louvre to MoMA, stealing paintings to help him to overcome his traumas. This gives rise to the famous “collector”, pursued by mobsters, insurance companies and authorities around the world.

In Algeria in 1994, riddled by terrorist attacks, two men set out on a journey through the desert in search of the author of one of these attacks. His name is Abou Leila, and the troubled S. is confident to find him. His childhood friend Lofti supports him, also relieved with the idea of taking S. out of the city. But everything becomes stranger and stranger as he travels, reality gradually diminishes. An overwhelming and nightmarish piece that will make us doubt of our own perception, and of what is presented to us is the truth.

Liberté tells the story of a group of French nobles who export debauchery to Germany. Sex is set as a class equalizer, as an eternally disturbing and incorrect element, the never-satisfied-thirst, a symbol of then and now. A game of desiring glances and bodies. Just like the cinema itself.

Sibyl is a psychotherapist who returns to her first passion: writing. Her newest patient, Margot, is a troubled up-and-coming actress, who proves to be too tempting a source of inspiration. Fascinated almost to the point of obsession, Sibyl becomes more and more involved in Margot's tumultuous life.

TOUCH ME NOT, by Adina Pintilie, 15th Edition

Laura is a middle-aged woman incapable of letting herself be touched or of enjoying sex, who resorts to various, rather unconventional therapies. Her story crosses with that of other bodies far from the norm: Tudor, obsessed by his ex-partner, and Christian who, despite his spinal muscular atrophy, lives his sexuality without limits. And the director herself, both the big brother of the group and part of it.

Marco Silvestri hurries back to Paris to help his sister Sandra whose husband has just committed suicide and whose adolescent daughter has ended up in a psychiatric hospital after being attacked. Sandra accuses Edouard Laporte of being responsible for all that has happened. Determined to avenge the harm the man has caused his family, Marco moves to the building where Laporte’s mistress lives. From this moment, a cine noir plot develops, sending Marco on the trail of an obscure criminal organization.

Malmkrog invites us to a dinner organized by an aristocrat in which no guest is randomly selected: a politician, a countess, a general and his wife. They eat and talk about authority, progress, morality and even the Antichrist, in an evening where anyone can fall victim to their own speech as tensions run higher. Inspired by the texts of the Russian philosopher Vladimir Solovyov, a journey through history and the exchange of ideas.