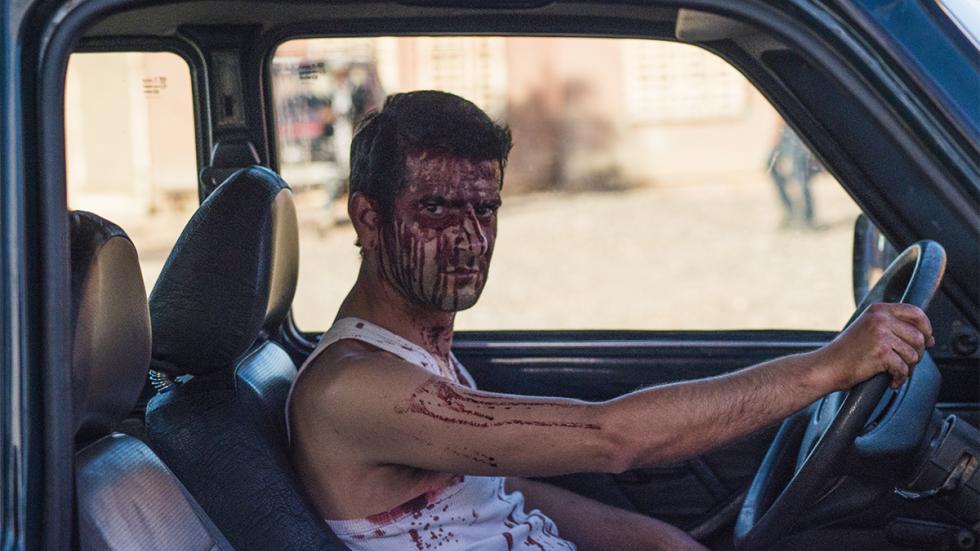 In Algeria in 1994, riddled by terrorist attacks, two men set out on a journey through the desert in search of the author of one of these attacks. His name is Abou Leila, and the troubled S. is confident to find him. His childhood friend Lofti supports him, also relieved with the idea of taking S. out of the city. But everything becomes stranger and stranger as he travels, reality gradually diminishes. An overwhelming and nightmarish piece that will make us doubt of our own perception, and of what is presented to us is the truth.

Amin Sidi-Boumédiène first began studying chemistry before embarking on his film studies. In 2005, he graduated in directing at the Conservatoire Libre du Cinéma Français (CLCF) in Paris. He returned to Algeria in 2008, where he worked as an assistant director, and at the end of 2010, directed his first short film, Demain, Alger?, which was selected at Clermont-Ferrand as well as in several other festivals around the world. His second short film, L’Île, won the Best Film Award at the Abu Dhabi International Film Festival in 2012. In 2014, he directed his third short film, Serial K., which was shown during the Béjaia Cinematographic Days. His first feature film, Abou Leila, was featured at Cannes Critics' Week.