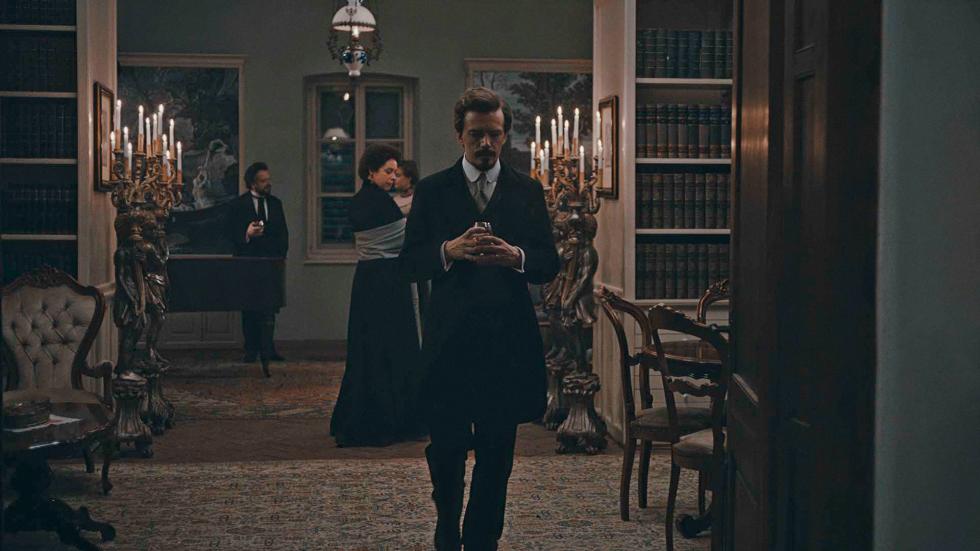 Puiu (Sieranevada, The Death of Mr. Lazarescu) has compiled an instant masterpiece in this film in which the pleasure of rhetoric establishes a delicious game with the mise en scène. Awarded with the Best Director Prize in the new section of the Berlinale, Encounters, Malmkrog invites us to a dinner organized by an aristocrat in which no guest is randomly selected: a politician, a countess, a general and his wife. They eat and talk about authority, progress, morality and even the Antichrist, in an evening where anyone can fall victim to their own speech as tensions run higher. Inspired by the texts of the Russian philosopher Vladimir Solovyov, a journey through history and the exchange of ideas.

Born in Bucharest in 1967, Cristi Puiu is one of the leading figures of what has been called the "Romanian new wave" that emerged in the early 2000s, authoring one of his emblematic works: The Death of Mr. Lazarescu (2005), a multi-award winning film that launched its festival tour after winning the Un Certain Regard award in Cannes (Puiu had made his debut in 2001 with Marfa si banii). These were followed by award-winning films such as Aurora, 2010, the precedent of Malmkrog Trois exercices d'interprétation (2013), one of the chapters of the collective film Ponts de Sarajevo (2014) and Sieranevada (2016), which won over twenty awards and was nominated to represent Romania at the Oscars. Malmkrog premiered in the new section of the Berlinale, Encounters, where it won the Best Director Award.