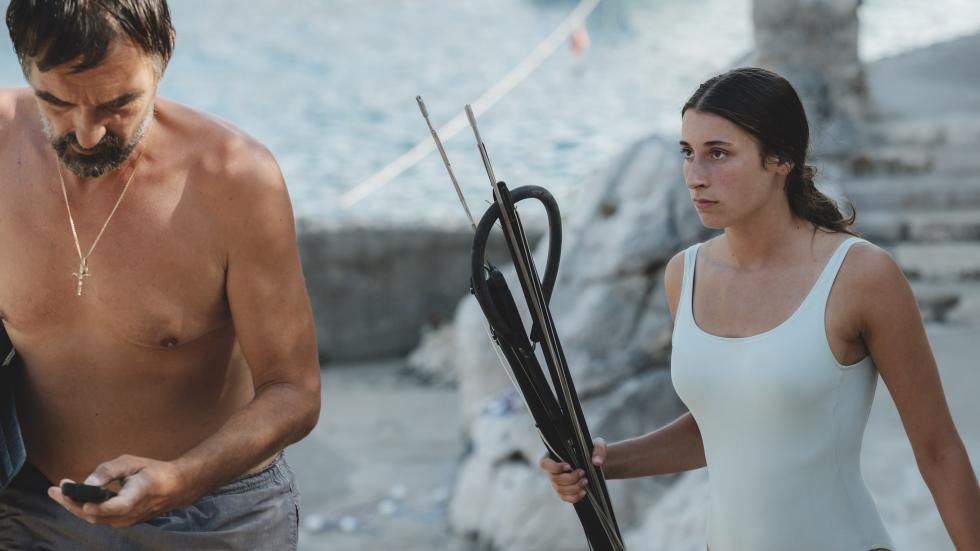 A powerful debut film produced by Scorsese and winner of the Camera d'Or at Cannes. Amidst the blue waters of the Adriatic Sea and its almost white sands, teenager Julija glides as if she were part of the landscape, diving every day into the sea to help her father in his underwater fishing business. An idyllic and isolated spot which becomes a prison for her and her young mother, under the yoke of the hostile head of the family. When a potential buyer of the island on which they live appears, an increasingly tense game begins between the four of them. The man represents a window to another possible world that Julija is unwilling to let slip away, even at the risk of her own life.

Born in Dubrovnik, Croatia, and based in New York. She holds an MA from Academy of Dramatic Arts in Zagreb and an MFA in screenwriting and directing from Columbia University in New York. Her short Into the Blue, was nominated for a Student Academy Award, and won awards at the Berlinale, Sarajevo, Oberhausen, and the Festival de Premier Plans, Angers, among many others. Her first feature film Murina was developed with support from the Résidence du Festival Cannes, Cinéfondation, First Films First by the Goethe-Institute, and Jerusalem Film Lab, produced by Martin Scorsese Sikelia, RT features and Antitalent. The film won the Golden Camera at Cannes.