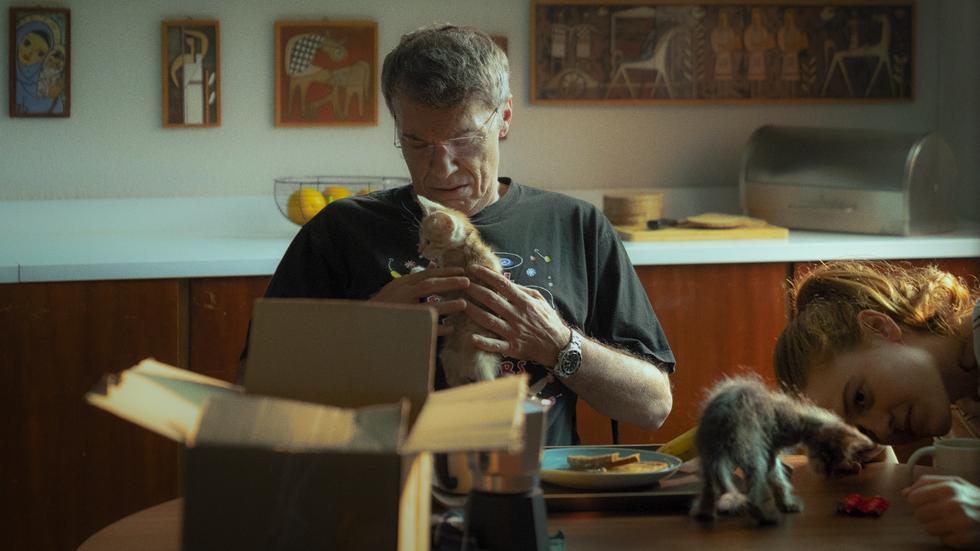 In tune with the best of recent Greek cinema, this debut film is divided into chapters marked by tarot card patterns and punctuated by diary entries illustrated through lo-fi daydreams and VHS tapes. Thus we enter the story of Artemis, who at the age of 24 has to return home after years away, to look after an obnoxiously silent father, with no support from a ghosting mother. A summer of introspection and reassessment for Artemis, who will find a possible path to change through a long-kept secret.

Born in Athens, Greece in 1989, she graduated with distinction from the London Film School. Her short film Hiwa screened in the 2017 Berlinale Shorts. Her other shorts have been selected by festivals including Locarno, Toronto and Cannes, where she won the Leica Cine Discovery Award with Hector Malot: The Last Day of the Year. Her work explores non-traditional family models, loneliness, duality and oneness, love and the lack of it, using image associations, dreams and intuition to discover poetry in seemingly mundane situations. Moon, 66 Questions, her debut feature film, premiered in the Berlinale, and won the Cineuropa Award in Sarajevo.