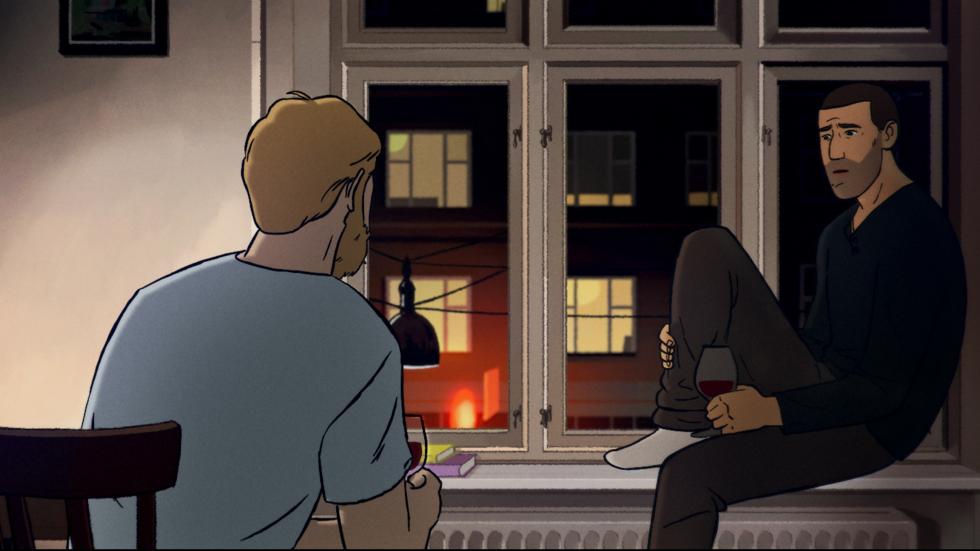 Awarded Best Film at Annecy (leading animation festival in the world) and Best Documentary at Sundance, this film brilliantly employs all the resources that animation offers with a dual purpose: to protect Amin, an Afghan refugee who gives his testimony (which may still be dangerous for him), and also to capture in images the emotional story he has gone through. In this way, we follow him in the difficult reconstruction of the buried memories of his escape mediated by unscrupulous human traffickers, fleeing from a country where his sexual orientation is not even recognised.

The Danish Jonas Poher Rasmussen debuted as a documentary filmmaker in 2006 with the acclaimed Something about Halfdan. He began directing fiction in 2008 after joining Super16 at the Nordisk Film Studio. His feature film debut, Searching for Bill, won the Nordic:Dox Award at CPH:DOX and the International Competition at DocAviv International Documentary Film Festival. What He Did won the Jury Prize for Best Documentary at the Oslo/Fusion International Film Festival.