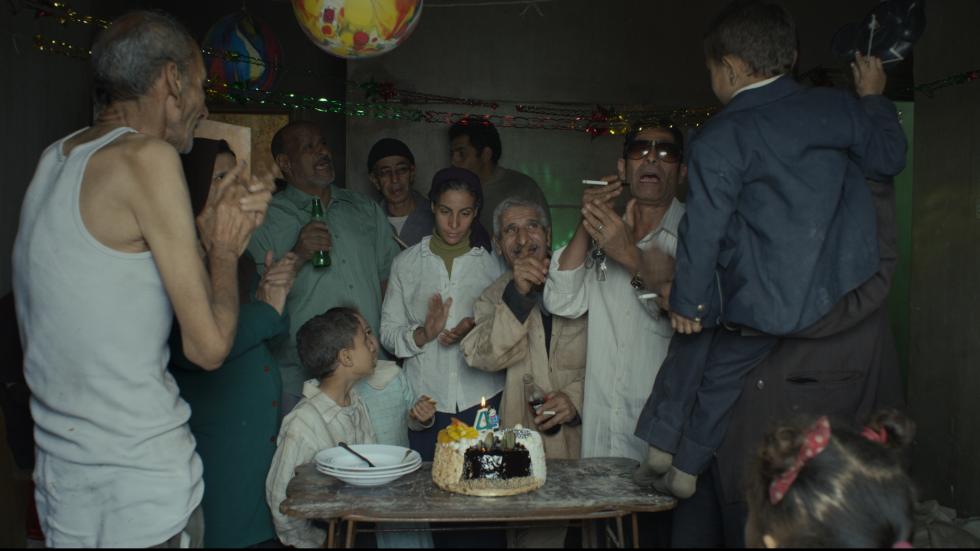 In this debut feature, which won the Grand Prix and the Fipresci at the Cannes Critics' Week, a family is turned upside down when a magician accidentally transforms its patriarch into a chicken at a children's birthday party. The once authoritarian and rather ungrateful man is no longer capable of breadwinning in his new form amidst a very precarious household, so the mother, a neglected housewife, has to take matters into her own hands in a sexist and unfriendly society. She must, meanwhile, save her husband (whose character is more pleasing in his feathered incarnation) from ending up in a cooking pot. All this makes for a black, dry comedy in which Fellini, Andersson and Suleiman go hand in hand.

He was born in 1988 in Cairo (Egypt). He studied film directing at the High Institute of Cinema in Cairo and worked as an assistant director on feature films of Egypt’s most prominent filmmakers, including Yousri Nasrallah. Zohairy’s first short film, Breathe Out (Zafir), premiered at the Dubai International Film Festival and won the Muhr Special Jury Prize for Short Films. His second short film, The Aftermath of the Inauguration of the Public Toilet at Kilometre 375, was the first Egyptian film to be selected for the Cinéfondation competition at the 2014 Cannes Film Festival, the film went on to win several awards around the world. His latest feature film, Feathers, received Cannes Critics Week Grand Prize.