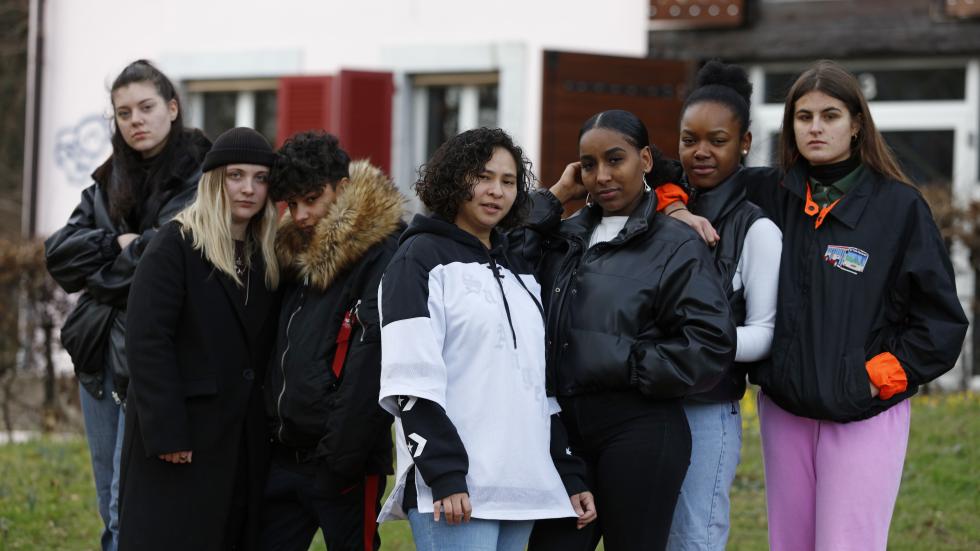 Seven girls live together in a foster home for minors that becomes for them an alternative family, their "fam". A former social worker, Fred Baillif demonstrates the same sensitivity to collaborating with young non-professional performers as Laurent Cantet did in The Class, and turns his film into a safe space where the girls can address taboo subjects that concern them such as teenage sex and family abuse. Winner of the Grand Prize in the Generation 14plus section of the Berlin Film Festival, this film, which is somewhere between documentary and fiction, also reflects the complex work of social workers and the failures of the child protection system.

Born in Geneva in 1973, he was a professional basketball player for seven years, making the Swiss national team. Graduated from the Geneva Institute of Social Work in 1997, Baillif worked in a juvenile detention centre. His dream, however, was to make films and be a DJ. After stepping away from sports, he moved to New York where he worked as a production assistant on the documentary series The It Factor, while DJing at night in bars in New York's music scene. Back in Switzerland, he shot his first documentaries, Sideman and Geisendorf, for which he won Best Documentary at Visions du Réel in 2006. His first fiction feature, Tapis frouge (2014), won the Geneva International Film Festival. He made a comedy, La preuve scientifique de l'existence de Dieu (2019), before the definitive achievement of The fam (2021).