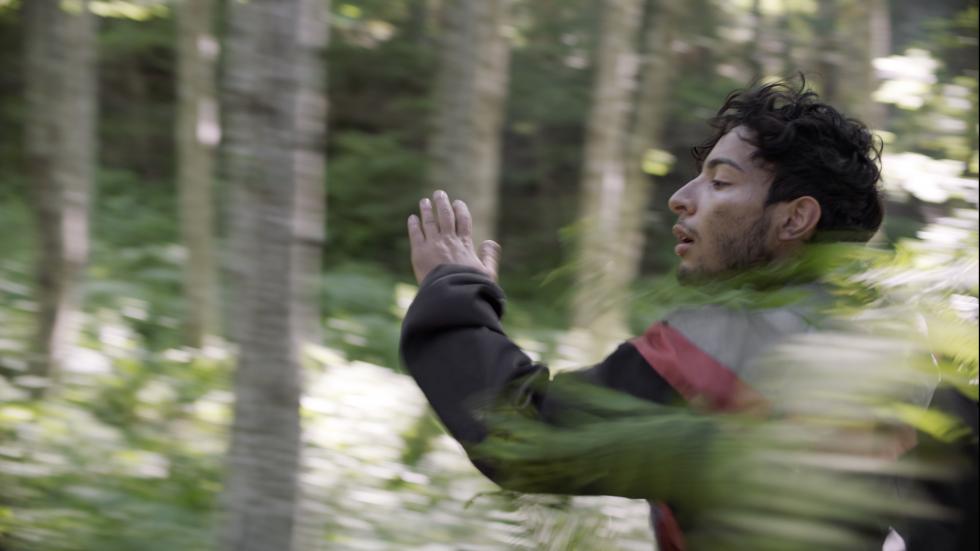 Kamal, an Iraqi teenager, runs, climbs and hides without looking back to enter Europe through the border between Turkey and Bulgaria, a minefield of extortion, darkness, nerves and thorny nature, in a scavenger hunt where life is at stake. This film, constructed around real stories of people who have crossed this clandestine doorway to the continent, delivers a fast-paced, intense and rushing experience: the behind-the-scenes of Europe's alleged temperance and solidarity in the face of migration captured in just 75 minutes of pure adrenaline.

Haider Rashid was born in 1985 of mixed Iraqi and Italian origins. He has directed features Tangled Up In Blue, Silence: All Roads Lead To Music, It’s About To Rain and Street Opera, the short film The Deep and No Borders, Italy’s first VR film. His films have won awards at Venice Film Festival, Dubai International Film Festival and the Nastri d’Argento award ceremony. Europa premiered at the Cannes Director’s Fortnight.