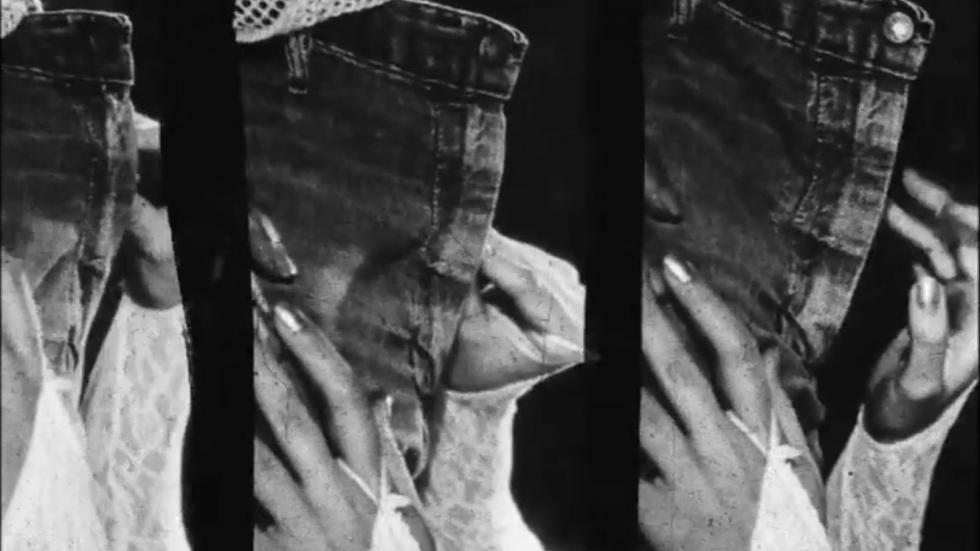 Peter Tscherkassky (Enzersfeld; Austria, 1958) is a major figure in Austrian avant-garde cinema. Tscherkassky is a key filmmaker of the art house scene, he is also an essayist, theorist, university professor and film programmer. In addition to writing extensively about his colleagues, from Peter Kubelka to Martin Arnold, he also wrote on the history of his country's flourishing film movement for the 1996 catalogue of the Pompidou Centre, and has also been an active campaigner for found footage. In 1991 he curated the first found footage film festival in the world, at the Stadtkino in Vienna; and wrote 'The Analogies of the Vanguard' for the first book to be ever be published on the subject in Lucerne in 1992: Found Footage Film. Moreover, he was a founding member of the Austrian Filmmakers' Cooperative in 1982, and in 1991 he helped to set up Sixpack Film, an exemplary organization for the promotion of Austrian experimental film, with a program that toured Spain in 1993. 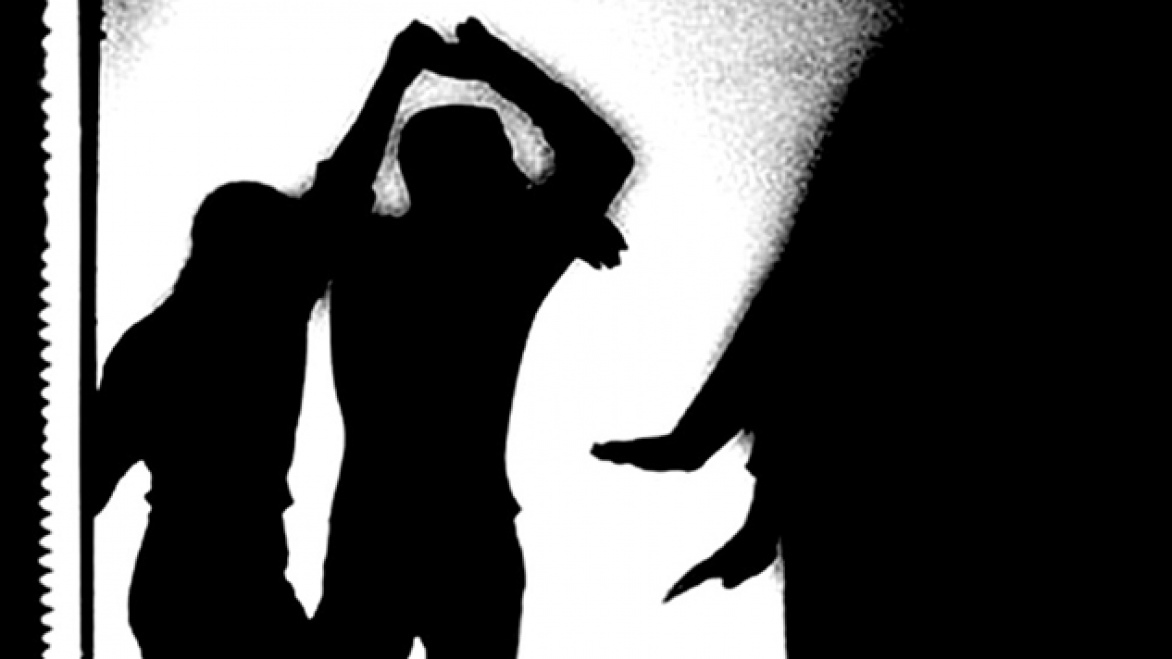 Tscherkassky belongs to the third generation of post-war Austrian experimental filmmakers; the first one was led by Kubelka and Kurt Kren; the second one started at the end of the 1960s with Peter Weibel, Ernst Schmidt and the well-known Valie Export; finally, the third one started a decade later with Dietmar Brehm, Martin Arnold, Gustav Deutsch and Lisl Ponger. Like many of his colleagues in this last wave, Tscherkassky started out with a super 8 camera, a small domestic format that he preferred to use until 1989, during his first decade of activity. Interestingly, he is best known for his so-called "film scope trilogy", which took him from the late 1990s to 2005: the (large) difference in size between the two formats is important, since he works directly on the film. His method, has lead him to work with appropriated material for decades, and it is clearly evident that he does so by manipulating the footage frame by frame until the figurative character of the image is cancelled out. 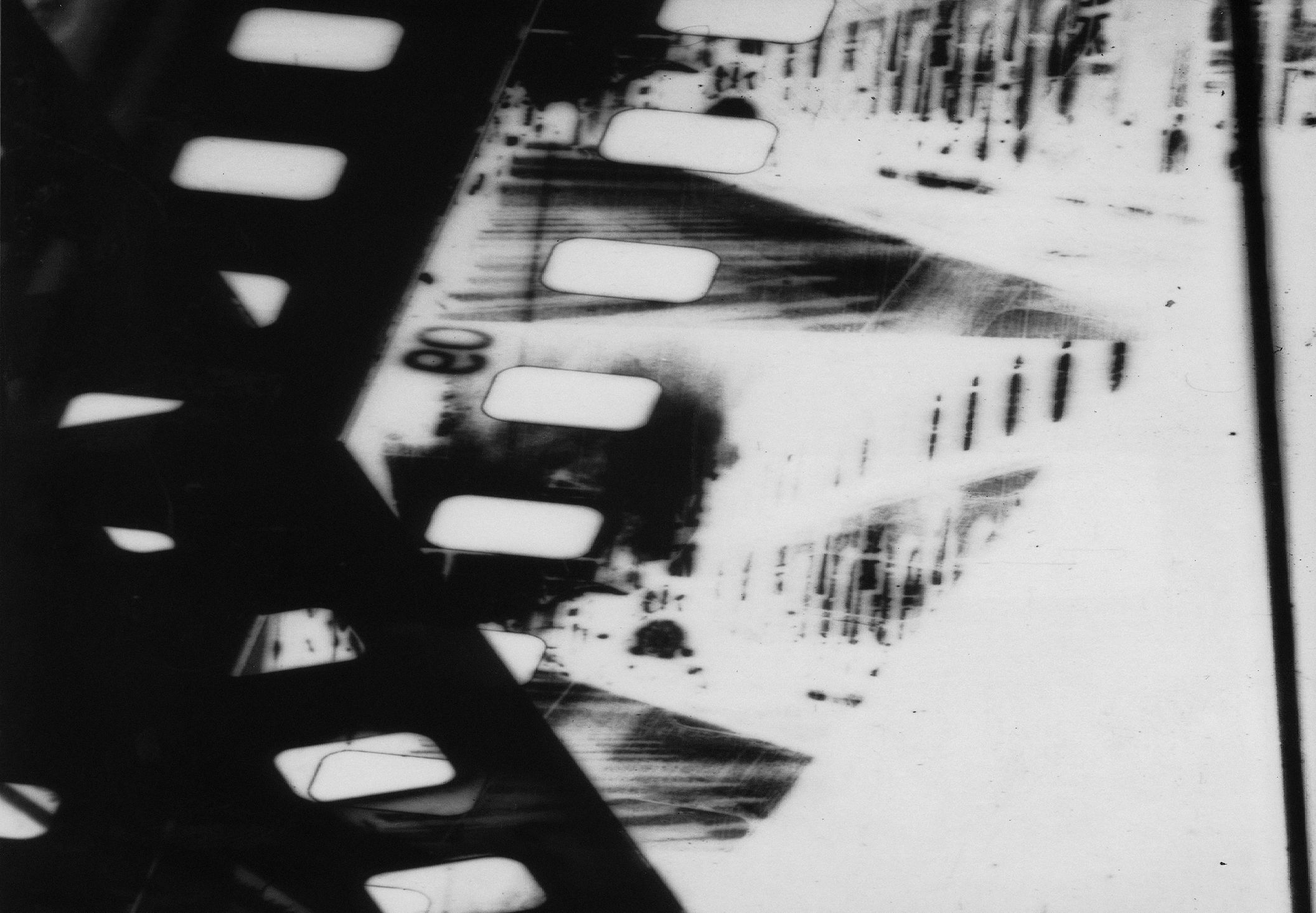 Tscherkassky is a darkroom artist and his method could be described as Manu-fraktur, name given to the 1985 film in which he discovered the pleasures of the darkroom and the workshop he set up in his home in Enzersfeld to begin work on his trilogy. Manu- fraktur' alludes to the fact that it is a neat handmade process of fracturing, that is, copying a segment of film and then manipulating the structural elements and parameters that make up the experience of cinema, from the minimum unit of the frame to the very act of projection.

In an interview I conducted for Metropolis in 2009, Tscherkassky explained the way he works on his latest films: "My basic technique is to copy and process manually. I have one meter of unexposed film, I put the footage on top of this strip and then start copying frame by frame. I use a magic pen, a laser pointer which allows me to copy by burning small frames or parts of the frame. Thus I generate a moving collage by recombining different parts of the original footage. In this way, films from the trilogy, such as Outer Space or Dream Work, come to have five and seven layers of image, respectively: each frame consists of multiple elements copied by hand, both from the image and the soundtrack, often visible, with the same perforations as the film strip (compare this elaborate method with the collages of Godard's Histoire(s) du cinéma, beautiful and pregnant with meaning, but technically much simpler).

Clearly, Tscherkassky could only work with celluloid; nowadays, when so many film purists have switched to video, he creates works of art that only exist on film. When he projected Outer Space on 35 mm and then on DVD at a masterclass in Rotterdam in 2007, the difference could not have been more significant, in favour of the first incarnation of the piece. Tscherkassky establishes a direct antagonism between these two formats, affirming the "enormous difference between digitally produced images and cinematic images". This resistance to the electronic image has led him to say that found footage cinema is the swan song of analog cinema, a response to the current paradigm of video (and the computer) that makes him revisit the specific ontology of celluloid. So the "emphasis on the tangible" (in Alex Horwath's words) of this genuine craftsman, Tscherkassky, is not a whimsical fetishism of the medium (of a material that is mythologized when it becomes obsolete, as happened with the super 8), rather it must be seen as a deliberate reaction to the growing disintegration of this particular support, due to the "virtual" nature of the new methods of producing moving images.

This filmmaker works with the matter of cinema itself: it is part of a traditional experimental film paradigm, film as film, the strip of celluloid as a concrete and material object, not as a mere vehicle for a photographic representation. In his above-mentioned text, 'The analogies of the avant-garde', he based this position: "The iconoclasm of the avant-garde is directed against the notion of the image of cinema as a representation of reality. The axiom of cinema as a window on the world, formulated by André Bazin, defines a position opposed to that of the avant-garde. The transparent window steals its essence from the image, and it is this essence that questions the very essence of avant-garde cinema". In some of his films, Tscherkassky alludes to other filmmakers who were indifferent to the realistic content of the frame: he evokes the Man Ray from Le Retour à la raison in Dream Work, or the titanic figure of Kubelka in Kelimba. And, of course, many of his pieces are inscribed in structural cinema, the most hostile trend in the history of cinema: the also very Kubelkian Motion Picture is based on the Lumière brothers' original film, but translates into a succession of lights and shadows impossible to decipher without knowing the process followed to obtain the images. 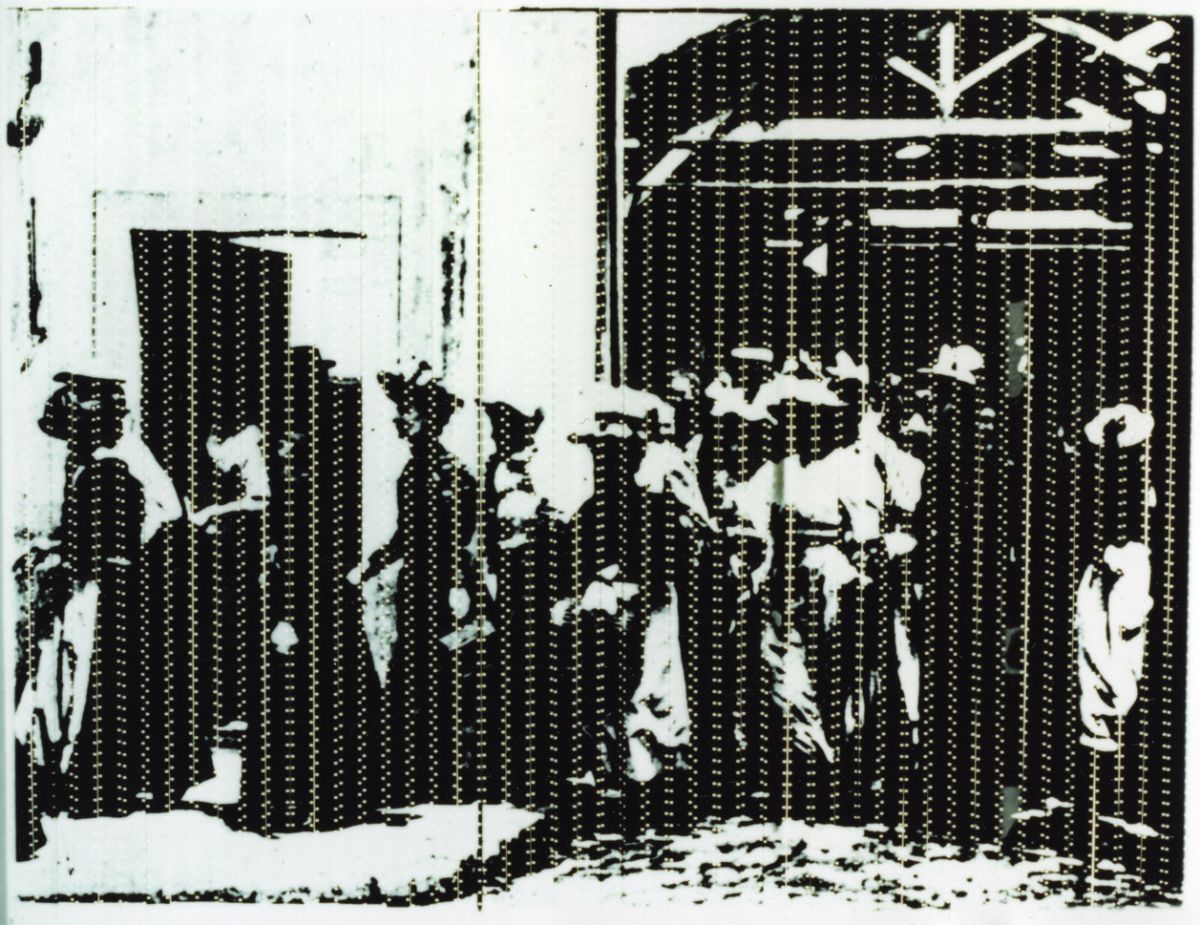 Motion Picture, with which the filmmaker himself admits to having reached a cinematographic ground zero, is not an isolated example in a creative trajectory that has thoroughly explored the stroboscopic effect of flicker and other dysfunctions of the moving image: critical investigation, that is, the (brutal) destruction of the analogical code that refers from the frame to the real world, has been another declared objective of the cinematic avant-garde. And of Tscherkassky in particular. His cinema is a struggle against the illusionism inspired by theoretical readings (Echo, the Metz that changes the Bazinian model of the window for the Lacanian one of the mirror) or by the application of conceptual matters: some of his films are, therefore, an instance of applied theory, as in the brilliant joke, a play on words indeed, to which Shot-Countershot is reduced. 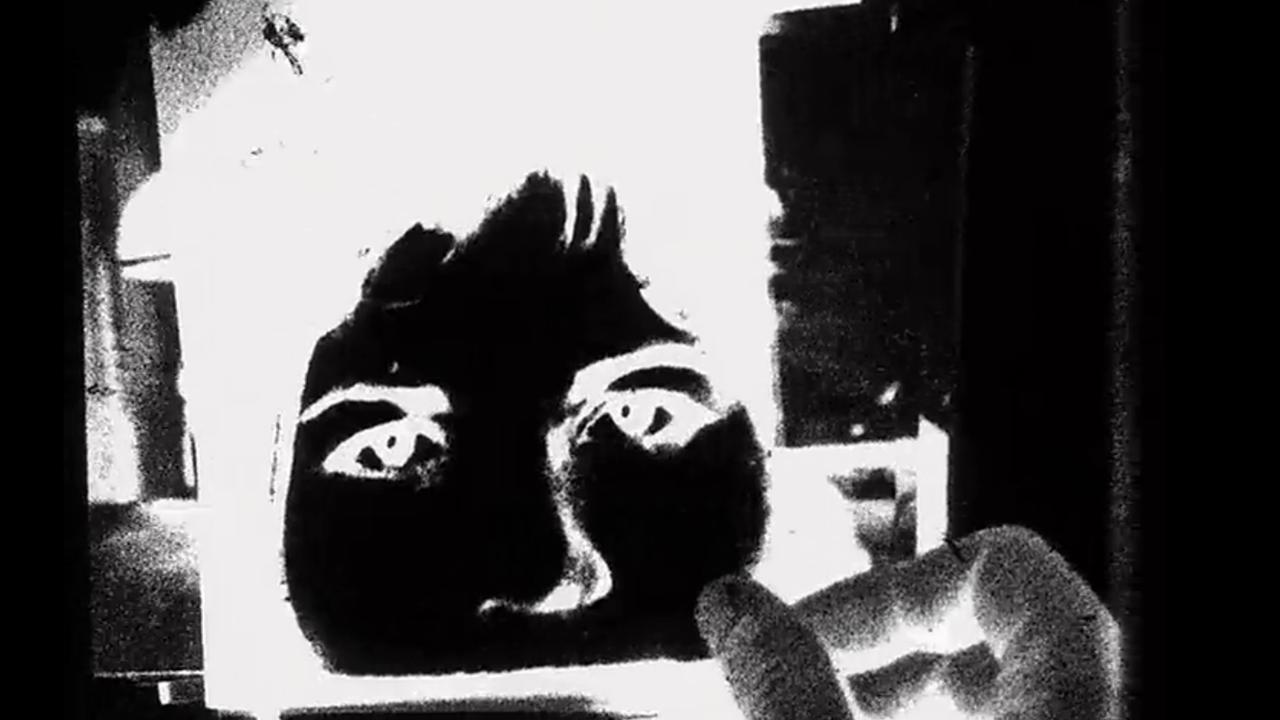 Sometimes this results in films on the edge of perception, since he decided ( after Sechs über Eins, in 1982) to dedicate himself to "the relationship between the figurative image and its abstraction"; other times it consists of works that require a paratext, an instruction manual to understand the theoretical and material device that is put into play, since they start from an academic, mathematical or serial premise that is not perceptible to the naked eye. Speaking of one of these enigmatic pieces, Parallel Space: Interview, the filmmaker admits the risk of overdetermining, of associating a theoretical idea with an image that could mean anything else. But it is precisely in his last phase of found footage that he recovers the analogical.

In his most famous work, Outer Space, he miraculously combines a genre narrative and his eternal conceptual concerns: a heroine (Barbara Hershey, in a found horror film, that is, appropriated) faces a ghost that is no longer the original entity, but the very physicality of the film (film as film) that threatens to engulf her until she manages to recover, literally, her own photographic representation in one of the greatest self-reflective modernist metaphors in the history of cinema.