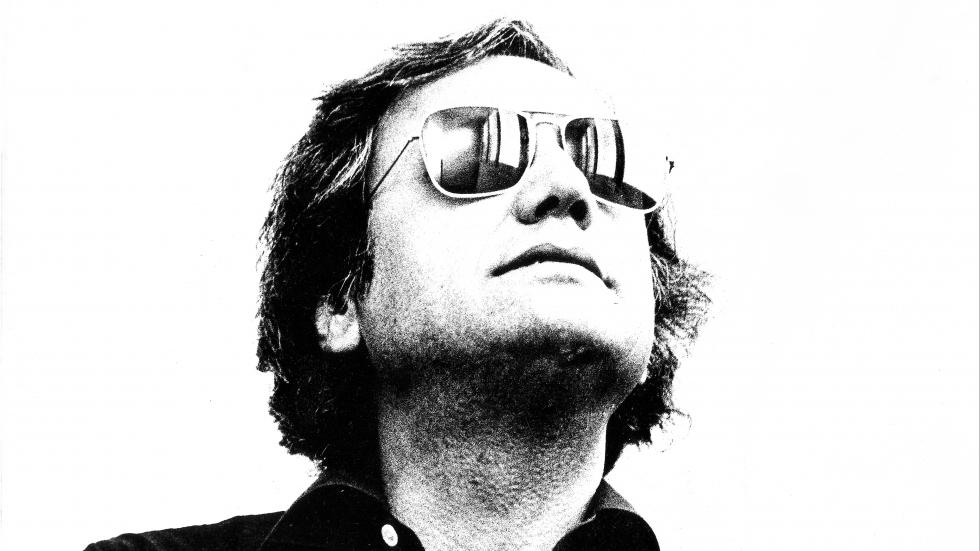 There are many clichés about Spanish cinema, which have been piercing its credibility, its public image, and even its self-esteem. There is the topic, for example, that only Civil War films are made. There is also the one that Spanish cinema only lives to receive subsidies. There's the cliché that it's bad. And then, for the initiated, there's the one where the directors domesticate themselves starting with their second film. Fortunately, the mere mention of Pere Portabella manages to disprove all of them, but last one above all: every step he takes in his career seems to be focused on tearing down a myth, prejudice and opening the eyes.

The figure of Pere Portabella (Figueras, 1927) is indispensable for understanding all the ruptures and leaps forward that Spanish cinema has taken in the last sixty years. But the interesting thing is that, although this seems to be a good definition of his persona it is impossible to limit him because of the diversity of his proposals, and the multifaceted nature of his initiatives. As a producer, as a director, but also as a manager and as a public figure, Portabella has always been a point of reference for the riskiest cinema, but also for the taking of a civic and political conscience committed to the development of the country. And, therefore, it makes no sense to compartmentalize his biography according to the different tasks. Portabella has been above all a driving force for change, whatever he has done.

Portabella's irruption in the languid panorama of Spanish cinema at the end of the 1950s led to the emergence of the idea of independence in Spanish cinema. In 1959, Portabella was a young producer (barely 22 years old) who did not believe in the worn-out formulas of success of the time, who wanted to work with young directors in order to tell stories that moved away from the official visions of the time. Although CIFESA had already entered its decadence, and Suevia was losing strength, Spanish cinema was still in the hands of big producers who followed fashions imposed more or less from power. In 1959, the year of the premiere of Los golfos (Carlos Saura), their first film, films such as Carmen la de Ronda (Tulio Demicheli, 1959), the umpteenth folkloric mimic at the service of Sara Montiel, were premiered, or that stream of sentimental and urban comedies began that made us think that we had the same emotional conflicts as the rest of Europe, such as Despedida de Soltero (Eugenio Martín) or El día de los enamorados (Fernando Palacios). However, Saura and Portabella's proposal went in another direction, that of incardinating itself in Spanish realism, that which has always looked where it shouldn't have been, and on the other hand it was accompanied by the most renovating cinema that was made in Europe.

That gaze, determined to anchor itself in a cultural tradition that questioned Spanish cultural stability while looking at Europe, would continue with El cochecito (Marco Ferreri, 1960), an extremely black comedy, and of course with Viridiana (Luis Buñuel, 1961). Luis Buñuel's own figure already meant rescuing a forgotten tradition of subversion and shedding light on a period between the wars, the Republic and the historical avant-gardes, which had been silenced by Franco's regime. The bomb that represented Viridiana's premiere in Cannes meant something obvious: making films could upset the power, and that is something that Portabella has never deprived himself of. It is logical that his first three films as a producer, those cited, had problems with censorship, which demanded numerous cuts and even banned the circulation of Los golfos and Viridiana. It can be said without doubt that Portabella has never understood aesthetic risk as something separate from political risk. 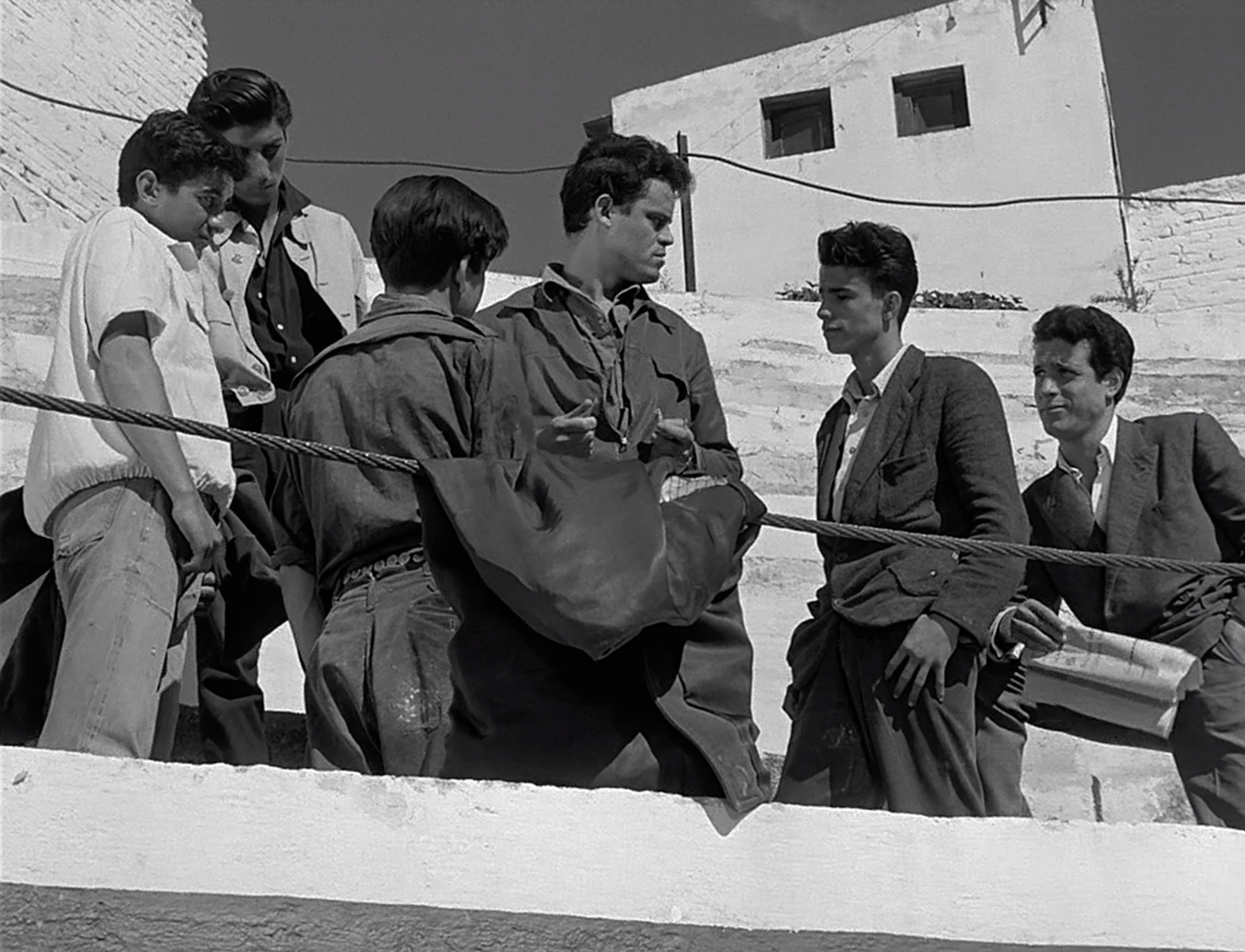 This going against the tide grew with his career as a director. And swimming against the tide in Franco's regime meant problems with censorship. His encounter with members of the Dau al Set group, especially Joan Brossa, led him to try to reconstruct the broken bridge with the historical avant-garde that had advanced Spanish art. No compteu amb el dits , his first short film, was intended to be a contemporary review of silent comic cinema, a critique of advertising language and an approach to the theatre of the absurd. But the administration prohibited filming in Catalan, of which only the title remained, as a provocative cry.

Then he introduced Nocturno 29, deconstruction of the sacrosanct idea of the bourgeoisie, destroying the linearity of the bourgeois story. If life is not linear and art cannot be explained, it was necessary to show how incoherence can give way to a new logic and, therefore, to a new society. The censors were so clear that something so incomprehensible had to be dangerous that, in addition to proposing several cuts, they rejected the presented budget and then tried to deny Portabella the subsidy to which she was entitled because it had been designated as one of the best films of the year. It was in this way that Portabella realized something that marked not only his career but that of many Catalan and Spanish filmmakers: the advantages of non-law. If you didn't ask for permission or help, your film didn't exist legally. And you couldn't censor or ban a film that didn't exist. Under this regime of invisibility, he made Vampir - Cuadecuc (1970) and Umbracle (1972). Both are within the formalist avant-garde, but the latter includes in its bosom a powerful reflection on the silencing that power exerts on artists. Umbracle thus functions as the link that links the Portabella debtor of the historical avant-garde with the radicalized Portabella politically and esthetically.

His collaborations with the Grup de Treball, with Carles Santos, with the Escuela Aixelà, aim to turn art and, therefore, cinema into a counter-power.

The sopar is perhaps the best testimony to this. On the same day that Puig Antich was shot, Portabella brought together a group of former political prisoners in a farmhouse. Around a table, they tell the conditions of their imprisonment, the reason for his militancy, the functioning of the repression count. Suddenly, among the group of men, the voice of a woman who also tells of her internment is raised, clearly showing that in the resistance to Franco, perhaps the women who suffered the most were the women because the repression was added to the silencing. More explicit is the political positioning of the General Report on some issues of interest for a public projection, the notarial uprising of the political moment of 1976 where it was necessary to learn to discern the grain of the straw, the left of the right, and the reform of the rupture. After this film, the passage to the professional politics of someone with such a precise militancy was clear. And so it was.

After a long period devoted to professional politics, as a member of the Catalan Parliament and Senator, he returned to cinema with Pont de Varsòvia (1989), which was the first step towards a cinema apparently more narrative but above all crossed by a musical will. The scene in which the protagonist walks down Portaferrisa Street and finds Carles Santos conducting an orchestra located on different balconies

announces the musical variations of El Silencio antes de Bach (2007) and Mudanza (2008), a tribute to Lorca conceived as a silent symphony, in which camera movements replace the bars. This musical cycle is related to the films Portabella made at the beginning of the seventies, Play Back (1970) and Acció Santos (1973). Suddenly, the director began to look at himself in his own work, looking for resonances, reflections, and echoes. 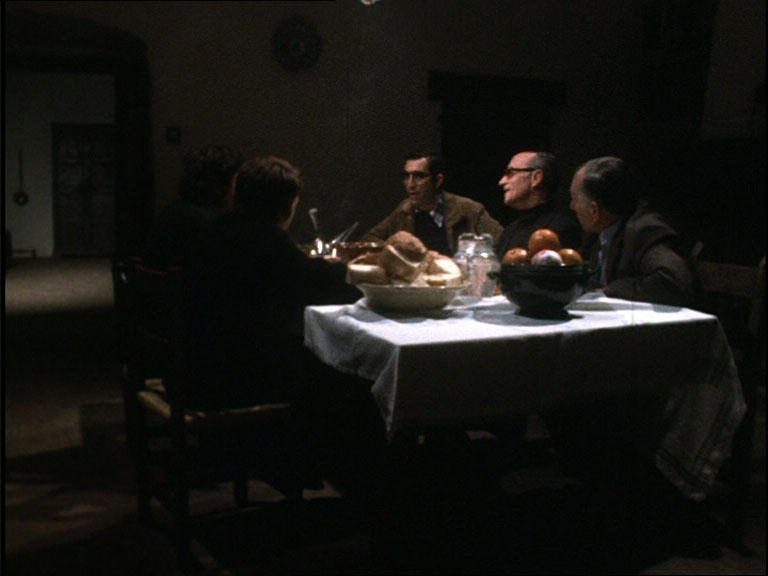 Suddenly, Portabella's final works function as a rereading of his own career. General Report II. The new rapture of Europe (2015) is again the notarial uprising of a moment of political turbulence in which everything is about to change, provoked by the urgency of taking sides in turbulent times. His kinship with the General Report... is obvious, present in the title itself. Clearer is his revision of El sopar (1974-2018), in which he incorporates an addendum in the form of an interview with Oriol Arau, Salvador Puig Antich's lawyer and a sign situating the current moment. This review of past materials is consistent with the work of an author who continues to seek inspiration in the practices of the dissidents who preceded him.

But perhaps what characterizes Portabella most is his condition as a provocative agent, as a promoter of subversive, authorial, clandestine and directly sniper currents: as a producer of directors such as those already mentioned or others such as Ricardo Íscar or José Luis Guerín, as a traveling companion of Joan Miró, Brossa or Carles Santos, Portabella has always been a link between the rebels who have sought to open up the field of what could be said, of what could be perceived.

Today, Portabella's commitment continues to influence and stimulate young filmmakers who approach him as a point of reference and continue to see in his films a model of creative freedom that today more than ever must be vindicated. But as we know, Portabella's films cannot be taken as a model, precisely because he is against reformulations and only believes in the freedom of the filmmaker who constructs his own genealogy. What Portabella teaches us is that to be coherent is to resist, that to resist is to conquer, and that to conquer consists in not giving up.