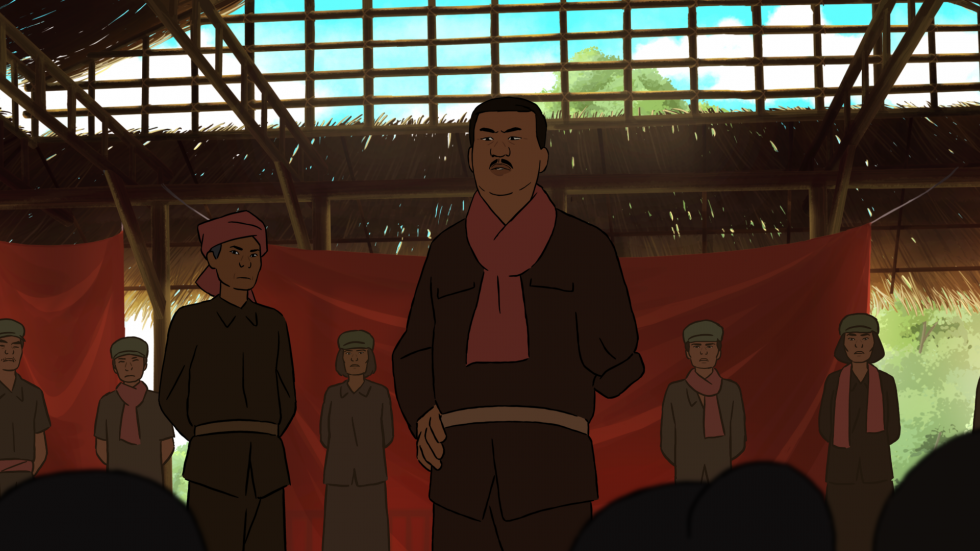 EUROPA JUNIOR AND FILMLOVERS OF THE FUTURE

This year we’ll start talking about these two particular sections in the programme, aimed at children and young people, with a brief text by Henri Langlois, the original filmlover and legendary founder of the Cinémathèque Française along with Georges Franju and Jean Mitry:

“The cinema is a means towards the acquisition of knowledge, in the manner of St. Thomas, by touch. Read all you like about love, but if you haven’t made love, your idea of it will be totally false.

Referring to the Méliès exhibition I arranged at the Musée des Arts Décoratifs, a Russian filmmaker’s wife paid me the most wonderful compliment imaginable: “You guide people into a book which is no book. You have recreated an ambience which enables them, by plunging into it, to understand everything by a sort of osmosis.”

I would like the Musée du CInéma to serve the same purpose. I do not believe in education in the form we call “education”. True education is osmosis. Latin, mathematics, and so on are useful for mental gymnastics, but art is a subject that cannot be taught: it is learned by osmosis. […] For years, all the exhibitions have been based on the idiotic system of education by explanation are based on the stupid explicative education system because people like to learn what they should think. But art cannot be explained, it’s felt. If we want it to be a bond between art and the person, we must recreate an umbilical cord."

There are two ideas here that interest us: on the one hand, the idea of cinema as a learning tool through experience. That learning by osmosis, through cinema, and leaving space so that the young spectator can think. In addition, the idea of the creation of that “umbilical cord”, the link between art and the person. Well, those are the bases of the work being done by Europa Junior and Filmlovers of the Future: the firm conviction that cinema is a tool for learning to think, which leads us to the mission of creating links between young people and art through passion. And the absolute confidence in their lucidity and curiosity, which we want to accompany through a selection of exceptional films, talks with the people who make them, and workshops to give wings to their creativity. 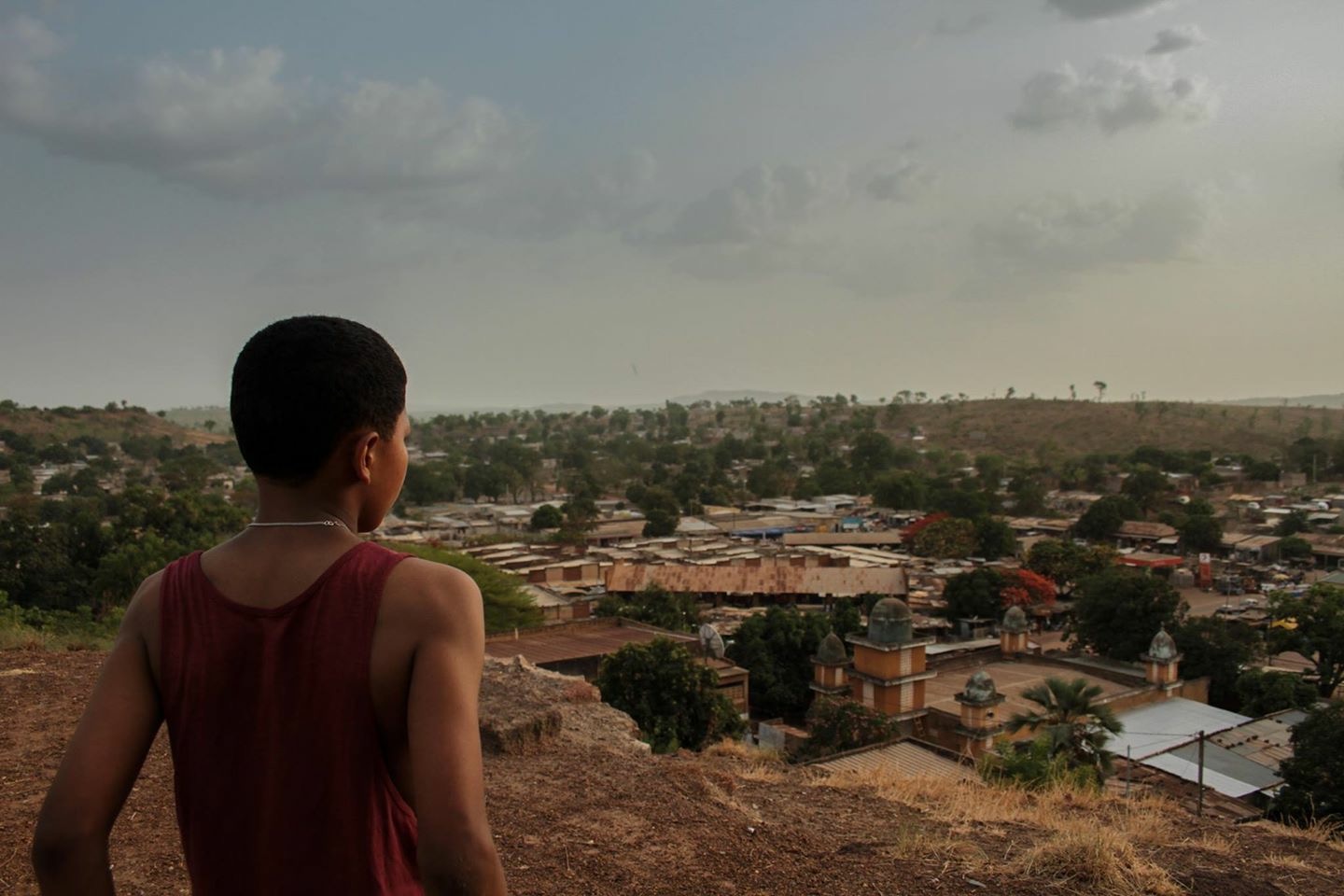 Perhaps this is the year when we have more, and more varied, animation proposals in this section, with an exceptional level as regards both technique and contents. THE INCREDIBLE STORY OF THE GIANT PEAR, by Amalie Næsby Fick, Jørgen Lerdam and Philip Einstein Lipski, is further proof of the excellent health of animation in Scandinavia, a land that has stood out in recent years in the field of animation for children. This film exploits 3D animation and all its aesthetic possibilities in imaginative ways, in a fast paced adventure that takes place in diverse settings and that combines lovable characters with an inspiring story. STRIKE, by Trevor Hardy, is a real example of independent animation and craftwork. The velvety figures, moved by the stop motion technique, give us a film full of humour and guided by the idea of personal growth and companionship. NEXT DOOR SPY, by Karla Von Bengtson, is a painstaking example of animated drawings, that ingeniously combines the codes of cine noir and of spy stories with a story of first love ERNEST AND CÉLESTINE IN WINTER, by Julien Chheng and Jean-Christophe Roger, returns to the characters of the Belgian author and writer Gabrielle Vincent, who were already brought to the cinema in 2012 with the successful Ernest and Célestine (in Europa Junior that year). And it is done with sensitivity and comedy, inspired by the particular style of animated drawings and the palette of colours of the brilliant Vincent. MARNIE’S WORLD, by the Lauenstein brothers, is an adaptation and updating of The Musicians of Bremen in the form of a crazy animated animal road movie. The animation chapter is closed by two sessions of European short films without dialogue, from the most prestigious festivals, particularly dedicated to initiating the youngest audience into cinema: one dedicated to babies, and another to children over three years of age. Short films in which rhythm, colour and textures are the protagonists, stimulating and entertaining such a young audience.

Finally, the only live action film in Europa Junior, GASTON, by Pierre François Martin-Laval, bases its aesthetic on the comic, animated drawings, slapstick and the cinema of figures like Jacques Tati, in this adaptation of the comic strips of Gaston Lagaffe (in English Gomer Goof), created in 1957 by the Belgian artist André Franquin, also the creator of Marsupilami, Modeste et Pompon and artist for Spirou y Fantasio, along with Hergé one of the great Belgian cartoon strip artists.

FILMLOVERS OF THE FUTURE. CINEMA WITHOUT EUPHEMISMS

Now in its second year, the Filmlovers of the Future section grows and expands in intentions and scope. What is most notable in this year’s selection are the stories of redemption, a collection of lives and realities that start from youth in conflict, in disadvantaged surroundings, in films that abstain from lecturing in order to communicate human experiences without sparing the heartaches and difficulties of life. We have in our ranks various characters who have had to grow up very quickly given the ineffectiveness of their elders: that is the case in the British films TWO FOR JOY, by Tom Beard, and JELLYFISH, by James Gardner. In the first, an adolescent has to take responsibilities far beyond her age because her mother is sunk in a depression after the death of her husband and head of the family: in Jellyfish, mental illness (in the form of bipolarity) and other difficult circumstances mean our young protagonist also has to help the family economically. A sombre panorama that in this case is contrasted with the protagonist’s discovery of her gift for comedy and monologues, offering an escape route through humour.

THE PARTY’S OVER, by Marie Garel-Weiss, is in essence a story of friendship between two girls who meet at a rehabilitation centre. A friendship with some very precise rules and particularities because of the addictions of both girls, but full of light and hope despite its toughness. The protagonist of OBEY, by Jamie Jones, also comes from an institutional environment (a reformatory). A boy whose only way of escape is sport, in an environment that seems to impose a relentless destiny. A first love opens other possible worlds to him, in a film that treats the problems of class and race in the European context with sensitivity. The surroundings of the protagonist of FAUVES, by Robin Erard, are much more orderly and economically stable. Nevertheless, in his foster family other kinds of problems arise in the form of an intergenerational struggle of egos (which finally ends in violence) in another singular and unexpected road to maturity which shows that all that glitters is not gold, and that material things don’t ensure emotional health.

The selection of Filmlovers of the Future is also a vehicle with which to travel to other times, countries and realities. We travel to the Cambodia of the Khmers Rouges with FUNAN, by Denis Do, winner of the Cristal Award at Annecy (one of the best animation festivals in the world); OLD BOYS, by Toby MacDonald, transports us to the English countryside in the 80s, in an adolescent adaptation of Cyrano de Bergerac; FLOAT LIKE A BUTTERFLY, by Carmel Winters, takes us to the Ireland of the 60s, and to the way of life of a traveling community, in the empowering struggle by a girl to become a boxer; and WALLAY, by Berni Goldblat, (winner of the European Film Academy’s Audience Award), takes us to Burkina Faso, the origins of Ady, an adolescent reared in France, in the story of his road to maturity and to the reconnection with culture lost in the diaspora.