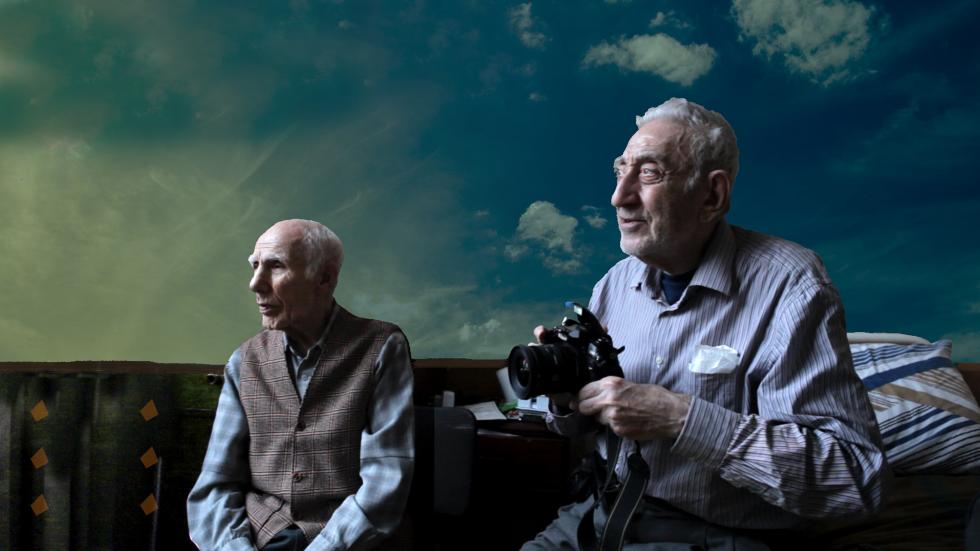 2017. These are, undoubtedly, electric times. Times in which every attempt to qualify a cinema that differs from normative fiction seems to fail. Documentary, cinéma vérité, cinema of the real, non-fiction cinema… Any definition seems insufficient or perishable in a world marked by a dizzying flow of images. Through electrical discharges. These are times in which films are there, not to respond to labels that are perhaps unnecessary, but to defy  taxonomies. To propose new ways of formulating this old question of the representation of what is real. That is what the New Waves of European non-fiction are in electric times.

The films that make up this section are very far from being naive little animals. On the contrary, they are wild beasts, they sting, they scratch, they bite. They are unclassifiable, diverse films, disjointed and alive. They don’t respond by being evasive but by challenging the questions asked by the new audiovisual context.

The first challenge will be to change the rules of the game, to make films that escape from the old canon that delimits a supposed objective representation of reality. To blur the rigid limit imposed by the concept of mise-en-scène as an artifice inherent to fiction. To reform urgently the idea of the portrait. Because perhaps, in this new audiovisual context, it is impossible to make an innocent portrait, because now none of us is. Because now no one is unaware of what happens on the other side of the camera. Because now we are all portrayed and portrayers. Victims and executioners.

The portrait –that concept as old as the first frame of film– will be a constant drive in many of the films that make up this section. But, is it possible, is it pertinent, to keep talking of portrait in times of the selfie? Does it make sense to imagine the representation of the image of the other in a context in which we live and act with the awareness that we are being constantly filmed or photographed?

Internet, the social networks, the greater accessibility to video appliances, the implacable urgency of the audiovisual flow have undoubtedly changed our way of making and of perceiving cinema. And what is even more important: our way of looking. At others, at ourselves.

This change in the central concept brings with it not only a reformulation about the ways of constructing a portrait, but also about the ways of using words and memory. Essential elements in the history of documentary cinema, but also essential in the mechanisms of representation of the other.

The portrait, memory, words. These could be the three concepts on which the programme of New Waves Non-Fiction is built. Tackled from very different perspectives (from the most classic to the most avant-garde), clearly reflecting the multiplicity of points of view, the eclecticism of European cinema today, its urgent need to stir up society. Stating that one of the main challenges facing the contemporary filmmaker is that of articulating essential elements of the tradition of cinema into the Internet era.

Questioning how to build a look at the other, questioning the veracity of the discourse about memory (personal, collective), questioning, as the ultimate challenge, the pertinence of the word. Filming the oral discourse as if it were a deceitful instrument or merely dreamlike, capable of summoning worlds that are not in this one (as in the Turkish film Distant Constellation) or intimate ghosts that face real conflicts (as in Meteors or What I Remember). Filming the word as that group of voices that make up the collective memory of a generation (as is the case with If I think of Germany at Night, by Romuald Karmakar). The word is presented in many of these films as an essential instrument when it comes to formulating a historical, political or everyday discourse, but also as the most difficult instrument to film, the least trustworthy, the least cinematic. Something that can be used to drive a story, or to confuse us when the diversity of voices questions the existence of an objective reality. 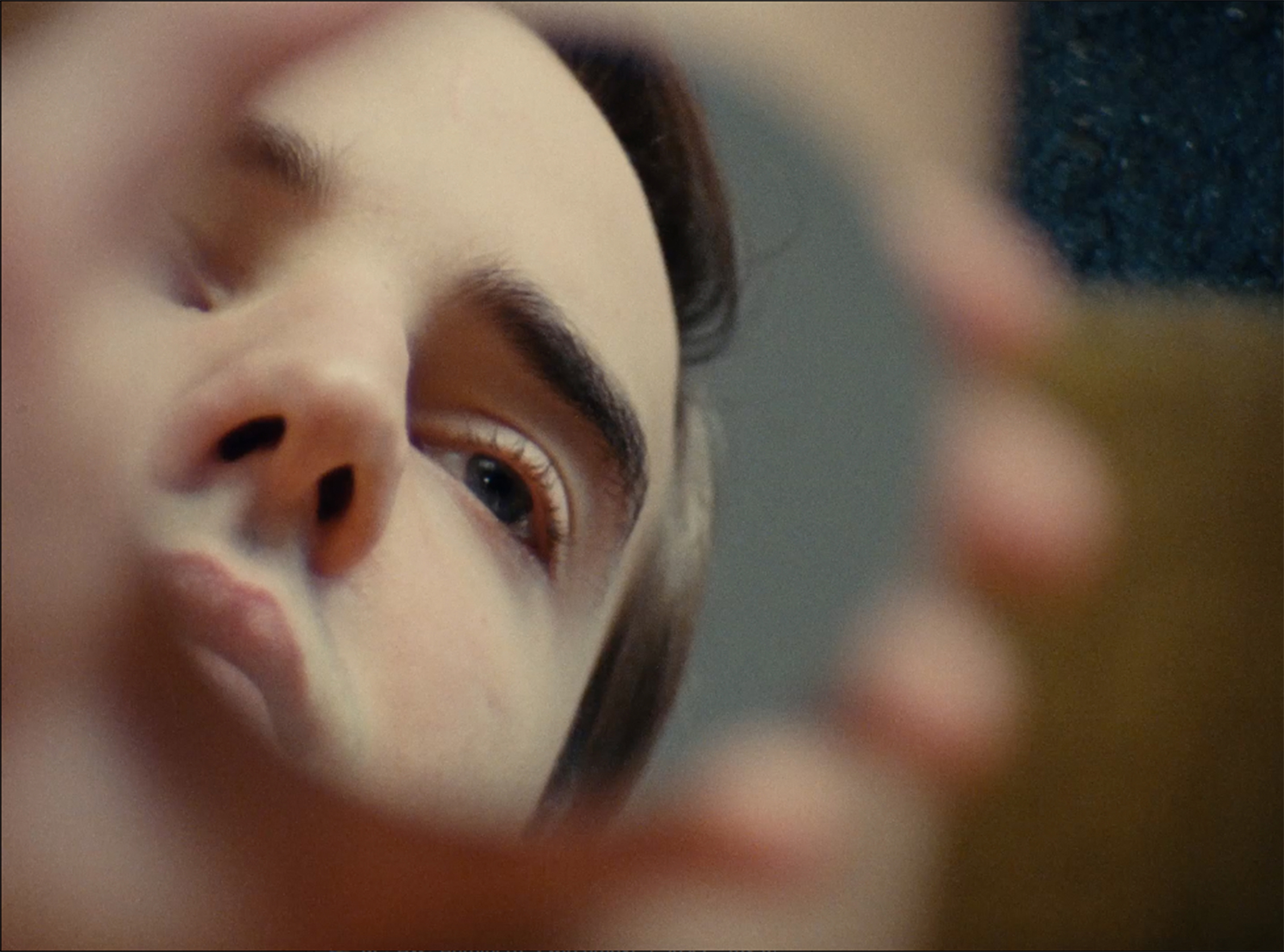 The word is revealed as the common thread that makes it possible to outline past lives or historical episodes, as happens in the latest film by the legendary Italian director Ermanno Olmi. Vedete, sono uno de voi reconstructs the figure of the archbishop of Milan, Carlo Maria Martini, through Olmi’s voice, thus establishing a mirrored conversation between the object of his look and himself. The word as dialogue between he who looks and the one who is looked at, like a doubling.

Looking at the other will be (will continue to be) one of the main questions facing contemporary cinema both in its explicitly fictitious version and in its documentary version. And what is the portrait, if not a way of articulating the relationship between oneself and the rest of the world? The rules of the game have changed, the instruments for making films, the collective conscience in front of the cameras, our way of putting ourselves in the public scene through the social networks, or simply in daily life. And yet the question about the way of looking and being looked at is still one of the filmmaker’s constant preoccupations. One of the most beautiful, most excruciating examples of this exercise of the two-way look in this group of films is Niñato, the first feature film by Adrián Orr. Orr’s camera enters the life of the rapper Niñato, on his journeys on the street, in the privacy of his home, in the extreme privacy of conversations with his partner or with his son. Niñato thus becomes a magnetic journey through the everyday life of a character who seems more like one of Brautigan’s antiheroes who refuses to adapt to society than a rapper from the outskirts of Madrid. Rather than a look at a character, this is a film about a character who wants to look the other way, seeking a reality a little less suffocating, perhaps happier.

We could say that in many of these films the characters function as a symptom of a society, a country or a political situation. From this perspective, we could say Southern Belle (Nicolas Peduzzi) and Mr. Gay Syria (Ayse Toprak) make up a diptych about misfits in two very different societies like the U.S. and Syria. Two societies that through the portraits drawn by both films are shown to be dysfunctional, although for very different reasons.

Over the course of this itinerary shaped by our programme, the portrait offers different forms that range from the more classic examples to the more avant-garde, as is the case with What I Remember, in which the artist Antoinette Zwirchmayr takes the mirror game of the portrait to its extreme. If in the previous examples we have spoken of doubling, in Zwirchmayr’s film we assist at a real polyphonic portrait in which the director takes the voices of different members of her family in order to construct her own.

The portrait can also be used as a kind of geographical representation, as a way of exploring a territory. In this line we would find Tarrafal, a film with which Pedro Neves reconstructs the memory of a neighbourhood torn apart by drug dealing, poverty and crime. A story built around different voices, different experiences, that sketches a journey from individual memories to the collective memory of a place.

If we follow these films that make up our section, as if they were the itinerary of an imaginary journey, we could come to the conclusion that non-fiction cinema is still being built around the same political worries, although it doesn’t cease in its determination to find new forms of representation.

Constructing memory through the word is still a challenge in these electric times, a supreme, insurmountable challenge. Memory and word are undoubtedly the two maximum expressions of unrepresentability (or as Derrida said, of the unsayable). And yet there are few discourses of memory that escape from personal testimony as irrefutable proof, thus defying the presumible objectivity of the graphic image. In Distant Constellation we witness the construction of an impossible discourse: the one that the residents of a centre for the elderly in Istanbul would say. Distant Constellation is not just a film about the protagonists of key episodes in the history of the country, it is also the attempt to show that collective memory is not objective and unambiguous. That on the contrary, it is made up of a multitude of little voices that question the veracity of a single discourse about the past.

Continuing with this idea that confronts the supremacy of an official discourse of history with the multiplicity of popular memories, we find the other Turkish marvel in the selection, Meteors. In this second feature film, Gürcan Keltek takes this questioning of the Historical discourse to the political and formal extreme. Meteors is an unclassifiable, mineral film that takes us from precise events in the Kurdish struggle to the intimate diary of a victim of the conflict and vice versa. Without a prior road map, Meteors sends us on a journey through different spaces, memories, voices.

Thinking of history as a journey. Or rather, as a journey in the sense of transformation and not movement. The new film by one of the great Israeli directors, Amos Gitai, could be something like this. He has devoted a great part of his cinema to dealing with the Palestinian conflict, through both fiction and documentary. With his latest work, West of the Jordan River, Gitai again tackles this question, which runs through all his cinema, his thinking and his life, although this time he does it in an extremely head-on, violent way. What part of guilt, in this conflict, do we, the Israelis, assume?

These are electric times. Times of discharges, stroboscopes, short circuits. Times in half light, in which questioning that which we believe lays our foundation will be the only possible way. Times of audiovisual overdose in which it is worth asking what it is that separates our life from the image that we build (and that we publish) about it. If perhaps there is any difference  between images and life. In Grandeur et decadence d’un petit commerce de cinéma, a film made for television by Godard in 1986, Jean-Pierre Léaud tosses out a demand, that could be the soundtrack of electric times: “C’était l’heure que la vie rende au cinéma, ce qu’elle lui a vole” (“It’s time that life gave back to cinema all that it has stolen from it”.)