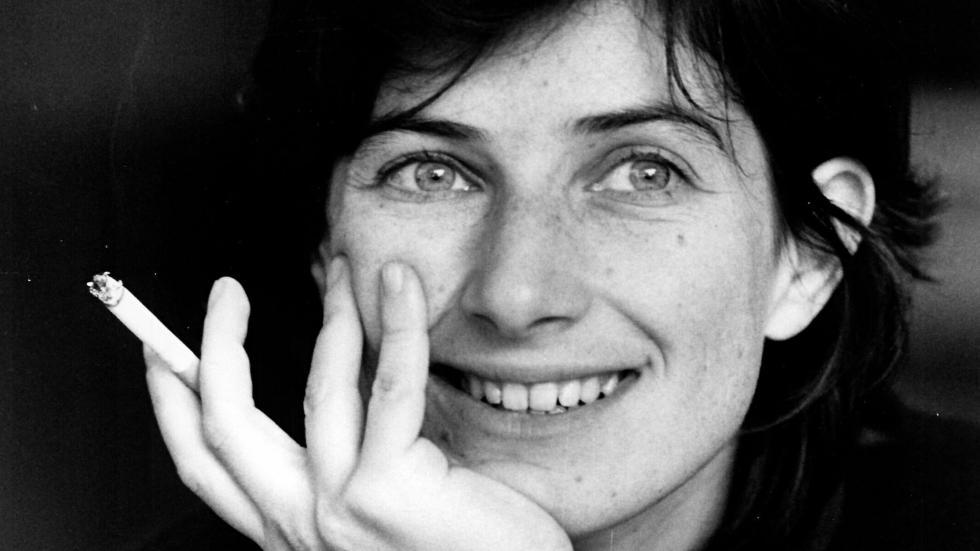 AN AFTERNOON WITH CHANTAL AKERMAN

In 2015 we were eagerly preparing to welcome Chantal Akerman in Seville. We had confirmed her groundbreaking No Home Movie in our programming. A month before the start of the festival, we received the sad news of her death, and the film became an accurate record of the life of a filmmaker whose films cannot be left unscathed. Its title is a play on words: it is not a "home movie", despite its guerrilla nature, it is a film in which Akerman declares that there is no possible home after the loss of her mother, whom also appears at the beginning of her filmography associated with the word: home, in News from Home (1977). The ascendancy of her roots (especially her mother's) is palpable in her cinema. This is how she explains her relationship with her parents in the show (Re)trouvailles (in French) in the 70s:

Today, on the verge of what would have been her 70th birthday (June 6, the Gemini sign), we celebrate her existence by recovering a series of interviews and also films in which, as in No Home Movie, she is in front of and behind the camera.

Because that's how it all started. In 1968, a very young Chantal Akerman literally blew everything up in Saute ma ville:

She would also appear in her first feature film, Je tu il elle (1974), as well as in other of her daring personal short films, performing a tour of her room in La chambre from 1972 (in bed, an iconic space for Akerman):

But it was in 1975 (when she was only 25) that Chantal Akerman was consecrated with a film that can be considered a masterpiece of universal cinema, Jeanne Dielman, 23 quai du Commerce, 1080 Bruxelles. The existential emptiness of the housewife (played with clinical precision by Delphine Seyrig), that "nameless unease" described by Betty Friedan (now back in the limelight with Mrs. America) in The Mystique of Femininity is played before our very eyes. Jeanne Dielman's team was mostly made up of women (with Babette Mangolte as director of photography), as we see in these pictures from the shoot:

Years later, in 2009, this is how Akerman talks about the origin of her legendary film on Criterion:

And in 2011, in this interview conducted at the Venice Film Festival, she recalls her background and early years in cinema:

With Jeanne Dielman she began her journey through festivals, and an extensive and fruitful career in which there will be no shortage of relatively veiled traces of her persona: the filmmaker on an infinite tour of Les rendez-vous d'Anna (1978), or her adolescent "self" in Portrait d'une jeune fille de la fin des années 60, à Bruxelles (1993), a film made for the (beautiful) French television series Tout les garçons et les filles de leur âge.

Also for television, in this case for the second incarnation of the series of portraits of filmmakers created in 1964 by Janine Bazin and André S. Labarthe, Cinéastes de notre temps (taken over in 1988 by the ARTE channel under the name Cinéma, de notre temps). When Bazin and Labarthe offered her to do an episode of the series, Akerman proposed several filmmakers that the series had already reviewed. So, as a joke, she proposed herself, and so Chantal Akerman by Chantal Akerman was born, a chapter consisting of her speaking to the camera in the first half, and a review of her cinema in the second half.

And if it's a matter of film lessons, as early as 1983 Akerman had shown the world how to make a film in her Les Années 80: a kind of "making of" Golden Eighties (a film included in our 2019 cycle "Eccentric Melodies"). In this fragment, she directs, with a certain rapture, the recording of one of the songs in the film:

And so she talks about it (for those who understand French) in this interview from the 1980s:

Years later, that's how José Luis Guerin captured her in his film Guest, during the Venice Film Festival, invariably lucid and fearless:

We finish this video playlist on a fundamental place for Akerman: her bed. On the one hand, we strongly recommend the revealing "interview in pyjamas" made by the also brilliant French critic Nicole Brenez (you can read it in Spanish here), ending with this little film, Portrait d'une Paresseuse (1986), a self-portrait set in the guise of laziness. Well, let's all remember that to make a film the first thing you need to do is to wake up and get out of the comfort of your bed.

THE BEAUTIFUL SUMMER. A GENEALOGY OF SUMMER MOVIES