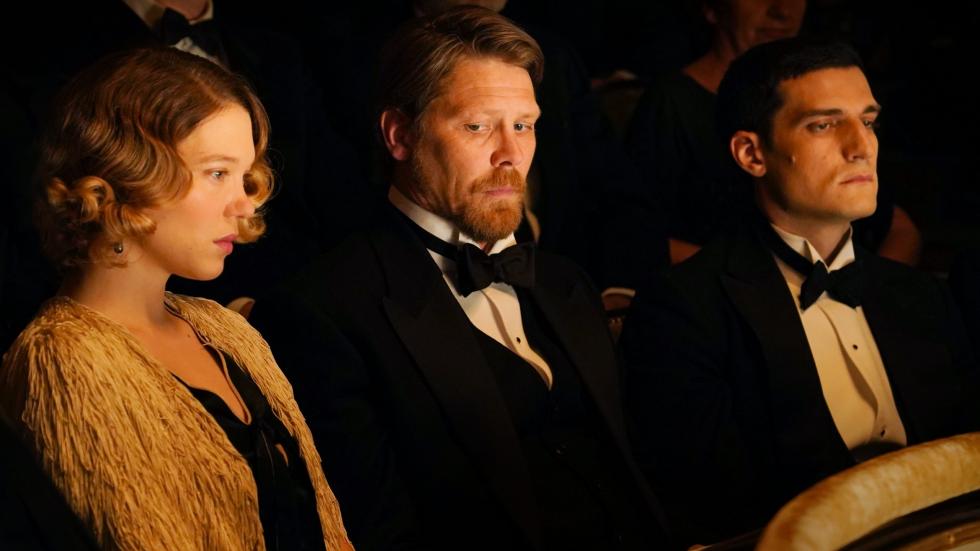 A leading director of European cinema and winner of the Golden Bear in Berlin for On Body and Soul (2017), Hungarian Ildiko Enyedi brings to the big screen her compatriot Milan Füst's novel of the same name, a sumptuous romantic melodrama with a seascape backdrop set in early 20th century Europe. A sea captain, Jakob (Gijs Naber), longs for a stable life on dry land and decides to marry the first woman who walks into the café where he finds himself. When Lizzy (a splendid Léa Seydoux) walks through the door, a story of love and heartbreak begins, marked by men's ancestral fear of female infidelity.

Budapest, 1955. Studied economics and film directing at the University of Budapest and in Montpellier. Between 1977 and 1985 she was a member of the underground art collective Indigo, where she cultivated conceptual and performance art.  Later she worked at Béla Balázs Studio, the only independent film studio in Eastern Europe before 1989, where she made several short films, before making her feature debut with Mole (1987). Her second film, My 20th Century (1989), won the Camera d'Or at the Cannes Film Festival. She went on to make films such as Magic Hunter (1994), Tamás and Juli (1997) and Simon, the Magician (1999). Teaching at the Budapest Faculty of Theatre and Film since the late 1980s, it took Enyedi 18 years to return to directing a feature film: In Body and Soul (2017) earned her the Golden Bear and the FIPRESCI Award in Berlin. Responsible for the Hungarian adaptation of the series Terápia, she now presents The Story of My Wife.