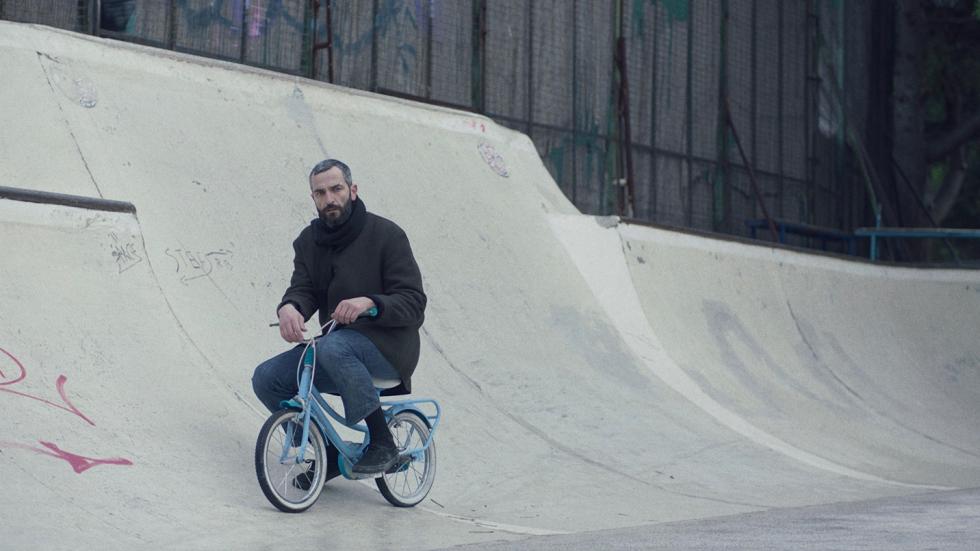 Award for Best Film in the New Waves Section of the Seville European Film Festival in 2020. If were to combine the eccentricity and short-circuiting comedy of Lanthimos, Tsangari, and Makridis (Pity) into a plot similar to Forget Me, we would get Apples, a film set in a world very similar to this one, where amnesia is a daily occurrence. There we meet a man who seems to have no idea if he is really out of memory. He's involved in a peculiar memory recovery program where he has to carry out certain tasks that range from riding his bike and going to the movies, to hitting on a bar or having a car accident. A program that may be more effective than it seems.

Christos Nikou was born in Athens in 1984. His short film KM participated in over 40 international film festivals, including Rotterdam, Stockholm, Palm Springs, Sydney, Tallinn Black Nights, Interfilm Berlin, and winning the Best Short Film Price at the Motovun Film Festival of Croatia. For the past ten years, he has worked as an assistant director on the feature films Dogtooth (Yorgos Lanthimos) and Before Midnight (Richard Linklater), as well as 4 Black Suits, Nobody, Christmas Tango, A Greek Type of Problem, 7 Kinds Of Wrath and Approach. His feature film debut Apples premiered at the Orizzonti section in Venice.