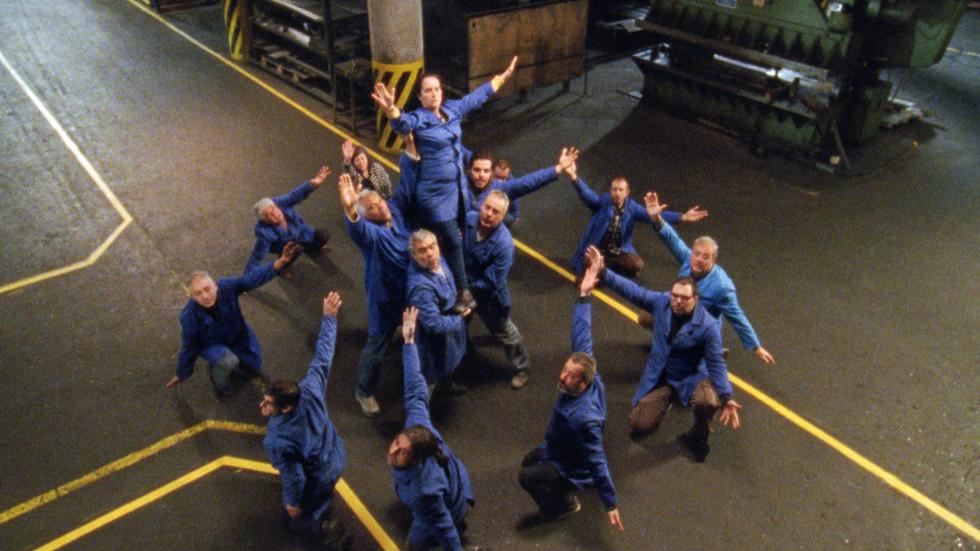 THE WISDOM OF THE CONDEMNED.

I have the wisdom of one condemned to die. Nothing can possess me. These words by the Palestinian Mahmud Darwish, the greatest poet in the Arab language, define faithfully the spirit of the presences that inhabit the films in the Official Section. They are nonconformist creatures, kamikazes on occasions, doomed by their defiant nature to tortured existences. In their passage through the present or the past, they are witnesses of the mutations of territories with hybrid identities. Their only guide is instinct. Their breath comes from savage impulses.

Bořek the knight, the central figure in LITTLE CRUSADER, strides firmly towards nowhere. Václav Kadrnka offers the story of a father (played with charismatic restraint by Karel Roden) who is looking exasperatedly for his son, a boy deranged by the Holy War in medieval Bohemia. The filmmaker constructs a fascinating and unusual odyssey. He turns his back on the usual perspective –looking through childhood eyes- to focus on the frailty of an apparently unflinching adult who does not resign himself to accepting the possibility of losing his essential link.

Recover the lost son and thus regain eroded innocence, that is also the aim of the protagonist of BRIGHT NIGHTS, the story of a father-son reunion in which Thomas Arslan again reveals his mastery to reflect emotional reconciliations and fractures, both sober and profound, this time set in the icy Norwegian landscape.

Remaining in Scandinavia, specifically in a remote mining settlement in Denmark, the frictions of fraternal links are at the core of WINTER BROTHERS, the robust debut by Hlynur Pálmason whose 16mm images bring to life in a rough, organic way the impossibility of the human being accepting his robotisation. Pedro Pinho uses the same format in THE NOTHING FACTORY, a revolutionary exponent of political cinema that strips bare capitalism’s tricks and formulates word and song along with the workers. Revolution and politics are terms that lead irremediably to Paolo and Vittorio Taviani, creators of a filmic art in which the individual and the collective blend with amazing naturalness, eternal virtuosos whose new brilliant work, RAINBOW - A PRIVATE AFFAIR, reflects on the horror of the Second World War, working from romantic relationships. The intimate sphere in the midst of war is explored in turn by Xavier Beauvois in THE GUARDIANS, a work based on female characters, that looks at the Great War through the eyes of the mothers, sisters and wives who remained expectant in a silent agony, awaiting the uncertain fate of the fighters. Dead times –represented by Beauvois with a sensitivity close to impressionism- that contained an aura as tragic or more so than that experienced on the battle field, but until now no filmmaker delved into it with such solidity and determination. 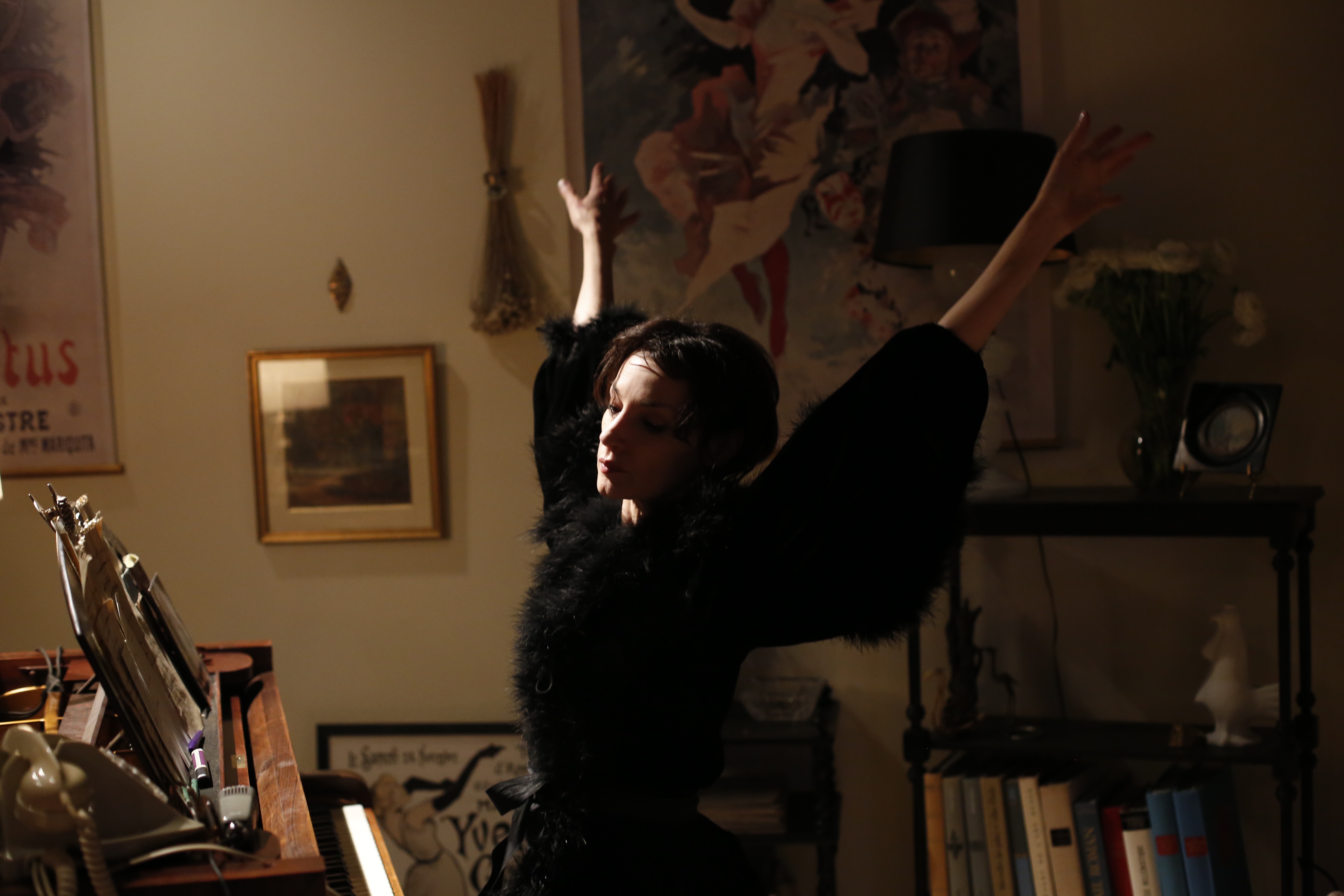 In reality, it isn’t necessary to go back in time to the equator of the 20th century. The demands of female identity in a world marked by man’s domination are still absolutely valid. In that sense we can consider LET THE SUNSHINE IN as a real landmark. In it, Claire Denis places a painter who is coping with the vertigo of middle age in front of different male figures, each one disappointing in his way. The French director adopts a feminism that is both merciless and exciting, unleashing a shout of rage that reveals the social devaluation of woman once she has exhausted her youth. Her protagonist is an artist with a free, irrepressible spirit, like the singer in BARBARA, the film in which Mathieu Amalric (with the collaboration of a sublime Jeanne Balibar) tackles the biopic from an unusual angle, embracing the metalanguage to capture a complex, suggestive reflection on the creative act and the internal condemnation that accompanies a brilliant temperament. Similar chains burdened the legendary voice of the Velvet Underground, played with overwhelming energy by Trine Dyrholm in the first film by Susanna Nicchiarelli, NICO, 1988. The Danish actress gives another peak performance, her confirmation as one of the most talented actresses in recent decades. Another consistent artistic profile is that offered by Laurent Cantet in THE WORKSHOP, starring Marina Foïs in the role of a novelist in the throes of a creative dry spell who moves to a coastal town in the south of France to teach a literature course to a group of young people. They include boys and girls of Maghrebi and Sub-Saharan origin, but also an adolescent whose ideology is close to the precepts of Marine Le Pen. The writer experiences a mixture of attraction and repulsion for that immature, magnetic figure. Fiction and reality become confused in a nightmare that reveals the identitary precipice into which contemporary France is looking.

Confusion between the material and the imagined also stands out in RAMIRO, a new demonstration of the extreme lucidity of Manuel Mozos, on this occasion with the story of a solitary bookseller and failed poet, whose rigid, soporific routine is dynamited by the influence of his neighbours. Despite its light structure, the comedy by the Portuguese director is a penetrating study of human miseries that moves away from defeatism and leaves the door open to second chances. Ramiro manages to escape from his lethargy just as the female protagonist of PURE HEARTS (the debut by Roberto de Paolis) shakes off the baggage of guilt transmitted by her ultra-Catholic mother. The detonator of her emotional and sexual awakening is a furious man who will lead her towards the ecstasy and love of damnation. Equally intoxicated from excess is the main character in A VIOLENT LIFE, the film in which Thierry de Peretti delves into the entrails of the Corsican independence movement. The irresistible attraction of chaos, the unavoidable mark of the past and the end of idealism are the pillars on which this frantic, visceral thriller is built. Terrorism becomes an unstable, insubstantial strategy for defending one’s own identity. The system closes ranks, suffocating the rebels until they are driven to a schizophrenic secrecy.

Martín lives like a wild man, he sees solitude as a philosophy of life in BAJO LA PIEL DE LOBO, until a carnal encounter leads him to reconsider his retreat in the mountains of Northern Spain. Is it possible to reject life in a community? Is there a place for the most basic instincts and passion in an isolated existence? That is what Samu Fuentes seems to ask in his first work of fiction. The young director takes nature as a starting point, while Eva Vila conceives the rural landscape as a process and definitive destiny in PENÉLOPE. The Catalonian director takes the Greek myth of the Odyssey to compose an epic poem with universal echoes which shows the twilight of a way of life, a splendid requiem that tilts between the earthly and the dreamlike.

A legendary aura also envelopes THE SEA STARES AT US FROM AFAR, the debut by Manuel Muñoz Rivas, a physical, historical and emotional study of a beach in the south of Spain. The Seville filmmaker captures a portrait of the faces in that forgotten place, and also of their surroundings. It is one of those exceptional examples in which cinema maintains real contact with the earth, achieving in that way a humble and genuine importance, as Margarida Cordeiro and António Reis did decades ago.

The reformulation of emotional bases is found at the heart of ANCHOR AND HOPE. In his second film, Carlos Marqués-Marcet sets up a romantic triangle in which friendship and love get confused until finally they become blurred. The arrival of Roger on the Eva and Kit’s boat in London, shakes the couple’s stability and at the same time opens up new possibilities.

Pio Amato, an omnipresent presence in A CIAMBRA is at the epicentre of identitary confusion. Jonas Carpignano follows the steps of this adolescent Calabrian gypsy whose dramatic family circumstances drag him towards a enforced, impossible maturity. Reality and fiction advance together in this crude, humanist work in which the cracks in contemporary Italy are revealed.

The demanding, anodyne dynamic of Johnny, a farmer who spends his days tending sheep in Yorkshire, in the north of England, is upset with the appearance of a Romanian immigrant in GOD’S OWN COUNTRY, a first film by Francis Lee. Again passions prevail over dogmas, desire surpasses social codes. The influence of the foreigner who has arrived from distant lands acts like an earthquake. 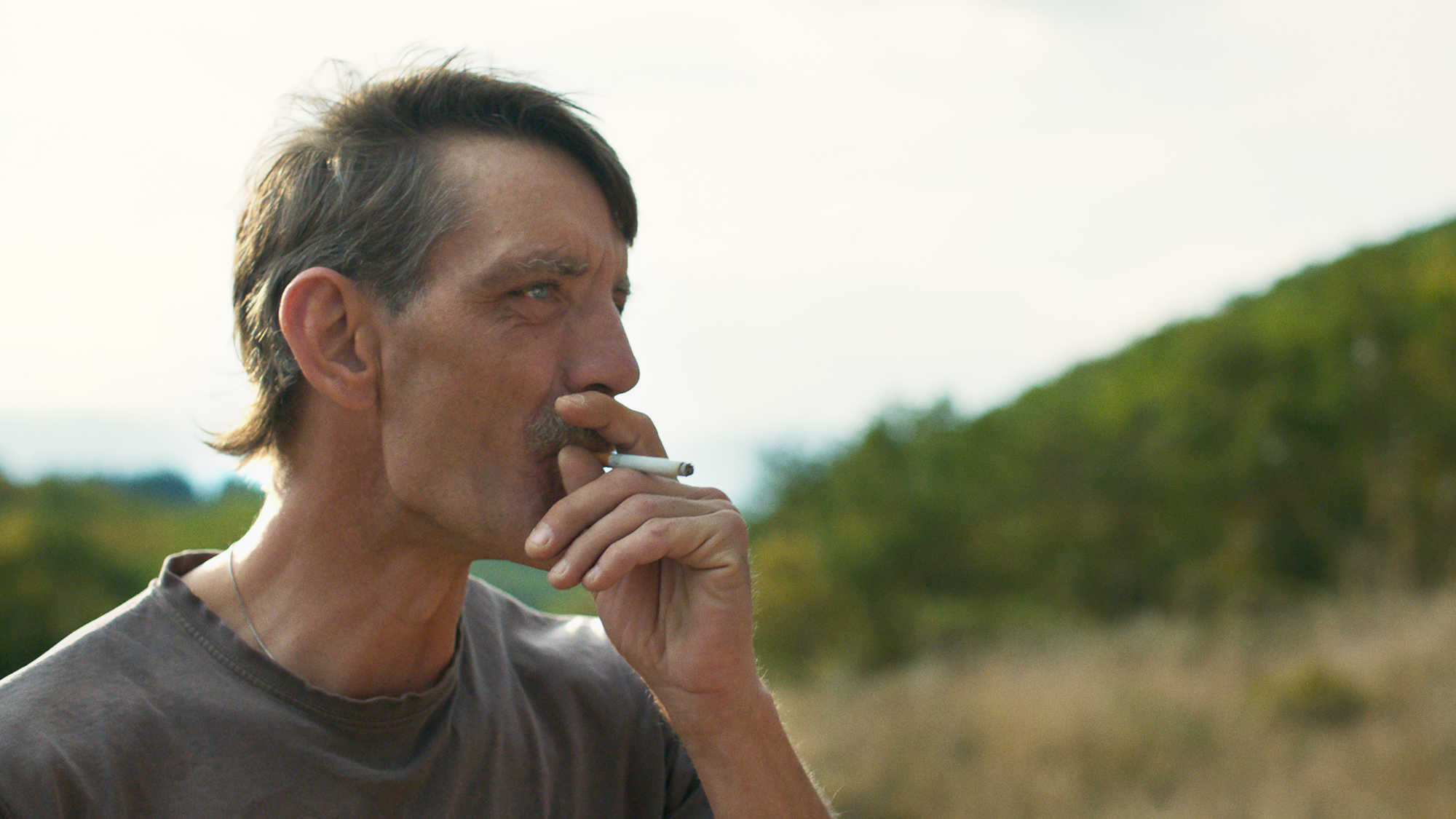 The same thing happens, although in a totally opposite way, in WESTERN. Starting from the stay by the German foreman Meinhard in rural Bulgaria, Valeska Grisebach develops a vigorous revaluation of relationships between central and peripheral Europe. The outsider tries to get used to the new surroundings but he comes up against the hostility of the locals. The distrust comes from the economic domination which Meinhard indirectly symbolizes. Without meaning to, he becomes the incarnation of the coloniser, just like the functionary of the Spanish Crown installed in South America at the end of the 18th century in ZAMA, a free, inconceivable adaptation by Lucrecia Martel of the untranslatable novel by Antonio Di Benedetto. This captivating, amazing story points to the barbaric disaster that resulted from the conquest of the “New World”, an ill-fated process that has left a legacy plagued with indelible consequences.

That period of supremacy and domination finds a dark reflection in the present as is shown by Mahamat-Saleh Haroun in A SEASON IN FRANCE, which follows a family from the Central African Republic in Paris and their tireless request for asylum.

It shouldn’t be surprising that these two readings of Europe’s past and present –which undoubtedly are among the most revealing in recent times- are the work of filmmakers from Argentina and Chad. It is precisely in the denial of the primal identities of the old continent that the wealth of present-day Europe, and consequently of European cinema, is found. A cinema that, like its protagonists, leaps into the void to find itself.