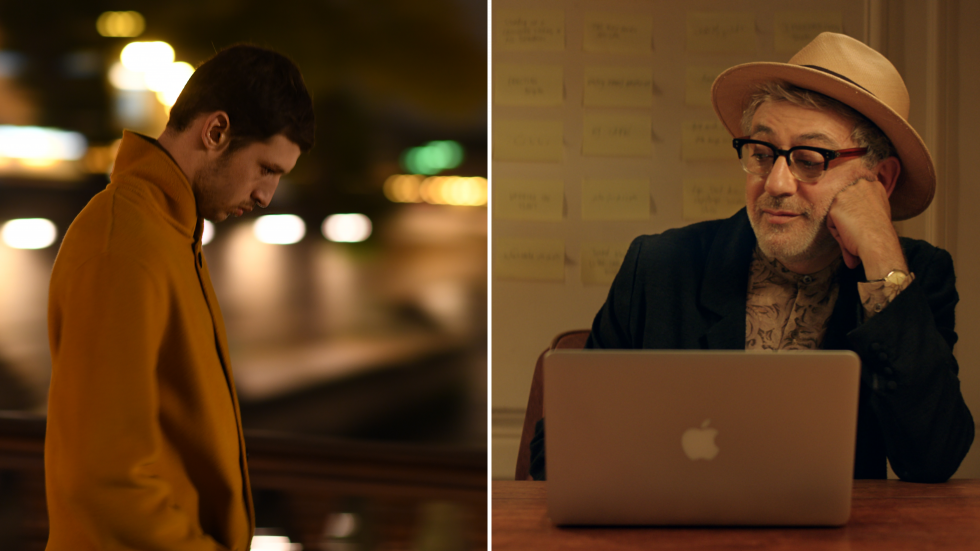 Suleiman and Lapid: Palestine and Israel, face to face at the Seville Festival

Two of the European films of the year, in two moments:

A Palestinian filmmaker, at the entrance of a New York fruit shop, who watches, perplexed, the firearms that some of the pedestrians carry naturally with them, while doing their daily errands.

An ex-Israeli soldier, established in Paris to leave behind a state that he finds anything but beautiful, entrusting his fate to a pocket dictionary in order to become more French than the actual French people.

The directors Elia Suleiman (Palestine) and Nadav Lapid (Israel) will compete in the Seville European Film Festival with two brilliant stories that raise the question, with humour and alienation, of what it means to have been born in those countries - the parentheses behind their names - and only gleefully tackle the conflict that separates them. Free of complexes and solemnity, 'It Must Be Heaven' and 'Synonyms' come to Seville from winning big prizes at Cannes and the Berlinale, demonstrating that such current subjects as national identity can be represented from unexpected angles.

In 'It Must Be Heaven', a mirror of Suleiman ('The Time That Remains', 'Divine Intervention') named only by his initials ES, begins an odyssey from his native Nazareth to Paris and New York, looking for money to produce his next film. As the director himself states: "If my previous films presented Palestine as a microcosm of the world, the latter ones try to show the world as if it were a microcosm of Palestine". In a series of delirious and unsettling self-portrays, the plain-faced filmmaker attends to the spectacle -disparated- of current life and shows with sharp irony the globalized stereotypes that fall so intensely on those countries as the one of his own. As when, he goes asking a French producer for financial support, he replies that his film "is not Palestinian enough".

Lapid on the other hand represents his protagonist as a much more extroverted character. The director responsible for 'The Kindergarten Teacher' and 'Policeman' is almost a protégée of the the Seville European Film Festival, where several pieces of his bold filmography have been shown. In his own words: "What fascinates me is to create films that are, at the same time, physical and raw, concrete and brutal, that reactivates ideas and unleashes chaos". In the intense and provocative 'Synonyms', Yoav's rupture with his roots is based on the director's own experience cutting ties with everything that reminded him of of Israel and embracing his passion for Napoleon, Zidane and Godard. The result is a cinematic scream that at times resembles noir films and with which Lapid questions whether it is possible to dissociate ourselves from the country in which we were born.

As in a two-fold programme on identity crisis, in both stories the protagonists visit two temple-cities of the western world, demystifying them and highlighting the inconsistencies of a model of society with odd similarities as to those of their countries of origin. Full of ideas and visual findings, these films also share their autobiographical condition. Perhaps this is the best way these two authors have found to express themselves in the midst of a political context that is possibly lengthening for them.