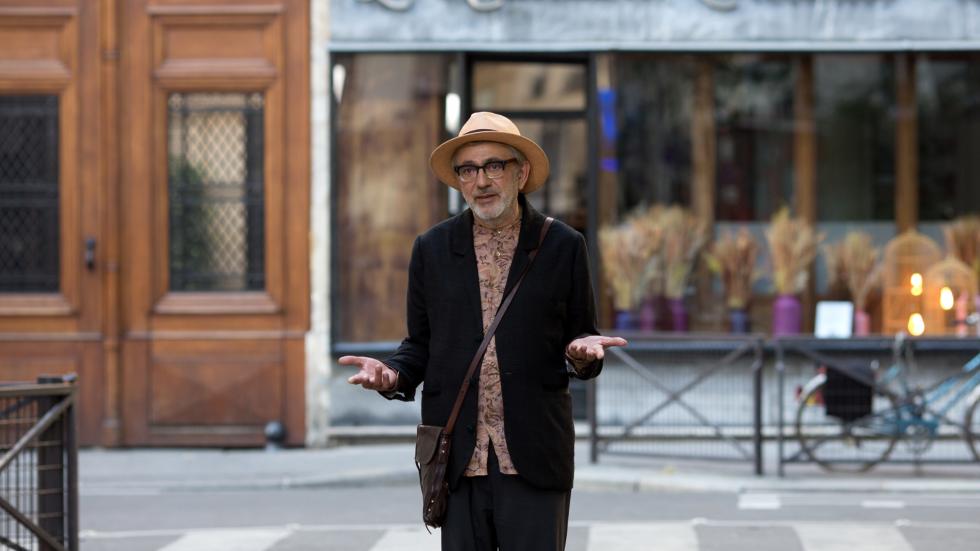 DYSTOPIAS, COMEDY, THRILLER AND ANIMATION IN THE OFFICIAL SELECTION

DYSTOPIAS, COMEDY, THRILLER AND ANIMATION IN THE SEVILLE EUROPEAN FILM FESTIVAL’S OFFICIAL SELECTION, WHICH WILL SHOW THE VIBRANT PANORAMA OF EUROPEAN CINEMA

The Seville European Film Festival has unveiled seven films from the Official Selection of its 16th edition, a list that shows the creative power and freedom of the new European cinema. We are talking about an event that, far from labels, showcases all kinds of themes and genres to provide the audience with a vibrant experience that unfolds numerous stories and ways of storytelling.

Film noir, fantasy, comedy, animation, dystopias... all are portrayed in these first seven films of the Festival, productions that have just triumphed in the best competitions in the world and that will be presented in Seville, by filmmakers such as Elia Suleiman, Nadav Lapid, Teona Strugar Mitevska, Corneliu Porumboiu, Justine Triet, Valentyn Vasyanovych and Lorenzo Mattotti.

The Festival has already announced that Rodrigo Sorogoyen's new film, 'Madre' (one of the most eagerly awaited premieres of the year and whose protagonist, Marta Nieto, has just received the Horizons Award for Best Actress in Venice), will be the opening film of the edition. With these new announcements, the Festival is betting on an energetic and surprising cinema that manages to shed the traditional adjectives.

One of Cannes’ favorites, Elia Suleiman ('Divine Intervention') will present 'It Must Be Heaven', a comedy-like film in which he embarks on a journey from Paris to New York in search of funding for his next film. A journey that teases us with absurd encounters, such as the one between the director and actor Gael García Bernal. This film received one of the biggest ovations at Cannes and the Special Mention of the Jury.

Paris is also the shooting location for the winner of the Golden Bear at the Berlinale, 'Synonyms', by Nadav Lapid ('Policeman'). On this occasion, the director, previously awarded with the Silver Giraldillo in Seville for 'The Kindergarten Teacher', reflects on the search for a place in the world through the odyssey of Yoav, an Israeli who takes on a new life in which he decides to deny his Hebrew roots.

In 'God exists, her name is Petrunya' the spectator will travel to a village in the Balkans, where, following the tradition, an orthodox priest throws a cross into the river. The man who is able to find it will be lucky all year round. But there is no such man this year, the lucky one is a a 32 year-old woman named Petrunya, who has a higher education, is unemployed and lives with her parents. Rebellion against the tradition is the thing for Teona Strugar Mitevska, another regular at the Berlinale, where she competed for the Golden Bear with this feature film, one of the most celebrated of the edition. This brave and revolutionary story is also a finalist in the Lux Awards of the European Parliament.

Genre cinema also has a place in the Official Selection of the Seville European Film Festival due to Corneliu Porumboiu ('The Treasure'). The Romanian filmmaker will premiere 'The Whistlers', a noir film that echoes Hitchcock and Kaurismäki, following the story of a corrupt policeman who travels to the Spanish islands to learn the Canarian whistle, a language he will use to communicate with the mafia. This unusual starting point is used by the director to weave a fast-paced plot of money, drug trafficking and betrayals. An ingenious film that will also represent its country in the Oscars.

From the French director Justine Triet ('Victoria', 'Age of Panic') comes 'Sibyl’, a film about a psychoanalyst who returns to her first vocation: writing. Adèle Exarchopoulos (protagonist of 'Blue is the Warmest Colour’) plays a desperate actress whose life is, in the eyes of the therapist, meant for literature, reason enough to treat her. The film is told with a French-Woody-Allen accent, invoking 'All about Eve' and showing inspiration from 'Stromboli'. The encounter between these two women brings essential issues to the surface.

Fresh from her triumph in Venice, where it won the Best Film Award in the Orizzonti Section, comes the dystopian feature film 'Atlantis' by Valentyn Vasyanovych, also known as the director of photography of the outstanding 'The Tribe'. The plot of his latest film takes place in a near future in which a devastated Ukraine without environmental resources must be rebuilt after a war with Russia. The situation may be reminiscent of Chernobyl, but it ends up being related to the terrors of '1984'.

Finally, the Festival's Official Selection is once again betting on an animated film. It is 'The famous invasion of bears in Sicily', the debut as director of the master of the comic and the illustration Lorenzo Mattotti, winner of an Eisner Prize and responsible for the covers on publications like 'The New Yorker'. The impressionist drawings that have marked his career acquire movement in this story about cultural appropriation and colonization, based on a story written by the novelist and journalist Dino Buzzati ('The Tartar Steppe') in 1945, with the ghosts of the Second World War still present.

Many of the directors and actors of these seven films will be present in Seville from November 8-16. Once again the event presents itself as the biggest meeting point for European cinema in Spain and a great showcase for the stimulating diversity that characterizes the productions of the continent in recent years. In the coming weeks, the Festival will announce the rest of its programme.