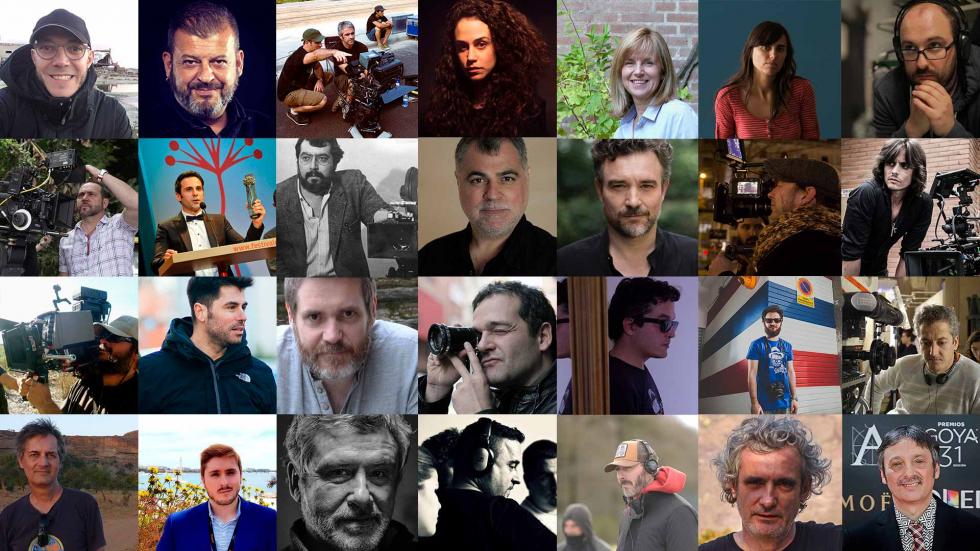 The Seville European Film Festival has held a virtual round table, as part of the 17th edition of its programme of activities. This was the first day of the activity series entitled Based on True Events, designed to establish dialogue and debate about the challenges and recovery of the film sector. In this case it has been led by some of the partners of ACCIÓN, an association of film directors born in October 2018 to represent the collective within the Spanish film and audiovisual industry, which has also participated this year in the SEFF Education program. Among its goals is to collaborate with the government in designing laws and funding for film, and audiovisual in general, to achieve a diverse and quality productions, in terms of content and style, as well as in formats and exhibition spaces.

In a round table discussion entitled Europe 21: How to remain a filmmaker today, broadcasted live on the Festival's YouTube channel, the representatives of ACCIÓN reflected on the situation in the current context. The session was hosted by Floreal Peleato, documentary filmmaker and presenter of the film talks at the French Institute, who launched the debate by addressing the issue on how the situation we are experiencing may affect not only the sector, but also the stories being filmed. The scriptwriter, producer, director and president of ACCIÓN Juan Vicente Córdoba said: "The filmmaker's vocation is so powerful (...) that not even a pandemic can really defeat us. From ACCIÓN we give voice to the directors and we have undertaken a very effective campaign so that the ICAA leads the creation of a working group to initiate a change in pattern that we believe is so necessary".

For his part, Javier Tolentino, director of Radio 3's program El séptimo vicio, who has directed his debut film Un blues para Teherán, noted an intention to make films "outside the usual formats, are small-format projects that are telling everyday lives. I believe that this situation is going to revolutionize everything, not only the way of presenting the films, the stories, but also how to tell them, spread them, distribute them... on the fringe of all the pain we are going through".

The animation film producer Nathalie Martinez thinks that the situation will affect not only the practical part of the profession, but also from a reflective point of view, although her field " enables working from home instead of filming with traditional actors. Our content is developed with ones and zeros, so we can continue to create any kind of story, from the grandiloquent to the most personal and minimal". What is changing, for Martinez, is the viewer's look: "What we are experiencing is conditioning us, especially younger generations, who are the spectators of the immediate future; the way they perceive human relationships has changed and, therefore, the stories they will want to see".

Alberto Morais (Las olas, Los chicos del puerto), a filmmaker who has competed at the SEFF on more than one occasion, has compared the current situation with the effects of World War II: "It is the destruction of the concept we had until now of how things work. The figure of the director-producer in Spain has disappeared, due to a hyper-industrialization of the aids that are so needed in the cinema. These have been taken up by the big television stations and production companies, so that the directors-producers seem to be vanishing because they don't have the economic capacity to support a production on their own".

The director and president of AAMMA, Andalusian Association of Women in Audiovisual Media, Ana Rosa Diego, has expressed that "passion and desire" are the elements that will continue to make films in our country: "I think we will have to continue sharpening the creativity, we have no choice. We have to fight for welfare and ask the administrations to listen to us and make changes''. He has also placed special emphasis on reducing the gender gap in the film sector: "We have to fight so that our voices are truly heard and not silenced, as has happened for so many centuries".

Pauline Durand, Director General of the Fédération Européenne des Réalisateurs de l'Audiovisuel (FERA), then spoke, analyzing the common concerns and needs of directors from various European countries: "There has been a great increase in unemployment due to confinement, and in addition, they have not been able to put their creative skills into practice. Filming in person is not easy, at least in the foreseeable future and in the short term, and therefore the return to filming will be subject to economic and time pressure. Those creative projects that are smaller, that take fewer risks, may have a better chance of survival".

Lastly, the Czech director Václav Kadrnka (winner in Karlovy Vary with his previous film Little Crusader), finished the shooting of his latest film at the end of May, and contributed with his own experience in this matter: "Our only objective was to resume the shooting, to try to encourage the team, and it was complicated because we were all afraid". Fortunately, everything turned out well and now the film is in post-production. "Many national projects are currently being carried out in the Czech Republic, as the shooting of audiovisual projects is considered essential work", explained the director, leaving a silver lining in the conclusion of this virtual round table.