SERGEI LOZNITSA, PIETRO MARCELLO AND MARK COUSINS' LATEST WORKS, IN THE NEW WAVES NON-FICTION SECTION AT THE 18TH EDITION OF THE SEFF

Seville, 14 October 2021. - The New Waves Non-Fiction section of the Seville European Film Festival, dedicated to works that reflect on the urgent issues of our time, will be made up of 13 films in this 18th edition of the competition, combining the perspectives of veterans such as Olivier Hirschbiegel (Downfall), Alice Rohrwacher (Le Meraviglie), Pietro Marcello (Martin Eden), Mark Cousins (The Story of Film) and Sergei Loznitsa (Donbass) with the incorruptible young spirit of a new wave destined to renew the European audiovisual scene. All of them offer cinematographic experiences that break the boundaries of what is traditionally known as the documentary genre, focusing on issues such as historical memory and war conflicts, and the disenchantment of the new generations or the world of art.

Three films in this section share a common reflection on war, its horrors and the images that have come down to us. In Guerra e pace, the Italians Martina Parenti and Massimo D'Anolfi explore the relationship between cinema and war. Divided into four chapters (the distant past, the recent past, the present and the future), it traces a journey that begins in 1911, with the Italian invasion of Libya, from the images filmed by an anonymous operator, to the present day. The film focuses on the importance of memory, giving centre stage to places such as the archives of the International Red Cross, home to wartime photographs and recordings.

Meanwhile, the resistance against the Nazis, personalised in the figure of Sonja Vujanović, a partisan and communist militant who survived two concentration camps, is the focus of Landscapes of Resistance, by Serbian director Marta Popivoda. Recipient of prizes at Thessaloniki, Sarajevo and Cinéma du Réel, the film focuses on Vujanović's shocking and painful memories, avoiding archival images and opting instead for lived and recounted recollections. Popivoda explores the meaning of being a woman in a bellicose context where the dominant patriarchy weighs heavily.

An old regular at the Seville European Film Festival, where he has presented several of his films and where he won the Giraldillo de Oro in 2018 for Donbass, and the New Waves Non-Fiction Award in 2015 for The Event, the Ukrainian Sergei Loznitsa returns with Babi Yar. Context. Here he delves into the German invasion of Ukraine during World War II and the Babi Yar hill massacre, in which the Nazis murdered more than 33,000 Jews in just 48 hours. Using archival footage, much of it recovered from private collections, and exquisite restoration work, it gives an account of the months leading up to the invasion, the massacres and their aftermath.

Poland's Tomasz Wolski also dives into his country's historical memory with 1970, combining tape recordings, stop-motion animation and archival footage in order to tell the story of one of the bloodiest protests in Poland's history, which was triggered by price increases on basic necessities on Christmas Eve of that year. The imposition led to mass street protests and fierce repression. 1970 has been awarded at the Visions du Réel and Krakow festivals. 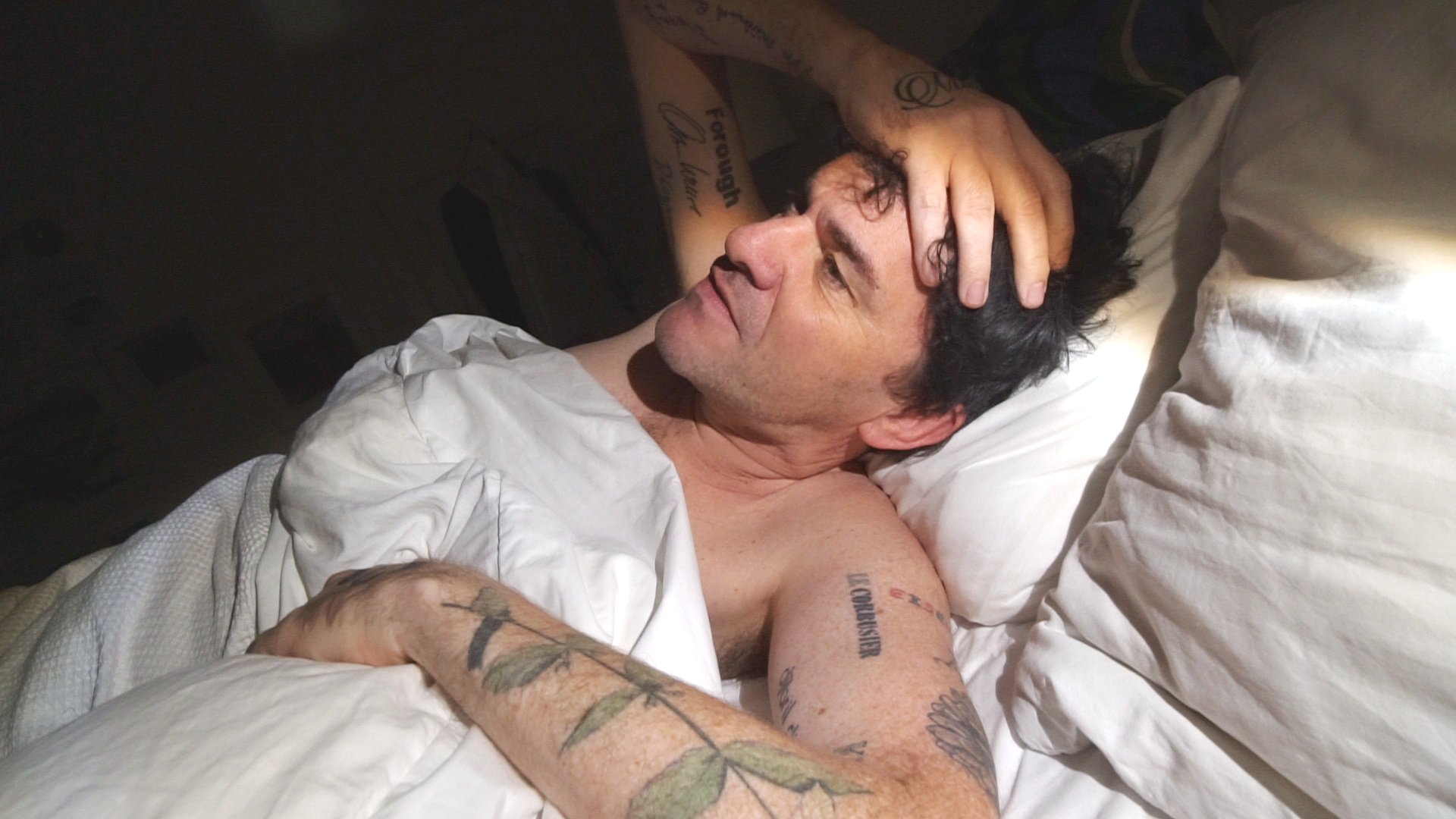 The Story of Looking, by Mark Cousins

The Art and the Eye

Mark Cousins is a master of the cinematographic essay, of the use of images and the voice of their authors to offer a review of the world around us and its contradictions. The Irish director competes in New Waves Non-Fiction with his latest work, The Story of Looking, in which, based on his book bearing the same name, he examines in depth the way in which we observe our surroundings and our own experiences conditioning our view, an experience which, in his case, is closely linked to the progressive loss of his eyesight. Cousins will also present in Seville the documentary The Story of Film: a New Generation, programmed in a special session, in which he updates his classic The Story of Film by incorporating the cinema of the last decade. His exhaustive review includes everything from Tsai Ming-liang, Aleksei German and Apichatpong Weerasethakul to Joker, Frozen, It Follows, Black Mirror and Bollywood cinema.

On the other hand, the fight, the suffering and the courage of an artist against his work are the vehicle for the new proposal by the German Olivier Hirschbiegel (DownFall). In The Painter, the filmmaker mixes codes of fiction and documentary to ponder the creative process, with room for the emotional but also for the farcical. The film takes us to the studio of the painter Albert Oehlen, played by the actor Ben Becker, to become voyeurs of the artist's journey. Charlotte Rampling's voiceover and the music of DJ Gudrun Gut, an icon of the German music scene, complete this look at the enigma of authorship and the world of art. As a curiosity, it is worth remembering that Albert Oehlen created the work that served as the poster for the Real Maestranza's bullfighting season in 2020.

The New Waves Non-Fiction section of the 18th edition of the Seville Film European Festival includes two feature films that give voice to a generation living with an aggressive present and a hopeless future. Young people and their reflections are the protagonists of Futura, an Italian production in which three prominent filmmakers join forces: Alice Rohrwacher (Happy as Lazzaro), Pietro Marcello (Martin Eden) and Francesco Munzi (Black Souls). The three of them travel around Italy, just before and during the pandemic, interviewing teenagers who talk about the places where they live and imagine themselves in the future, with no room for big dreams. From their reflections, with an approach somewhere between didactic and political, Futura also invites adults to think about their responsibilities as parents and teachers.

In Atlantide, Yuri Ancarani, also Italian, follows a group of children living on Sant'Erasmo, an island on the edge of the Venice lagoon, which he filmed over a period of four years. Without a script, he focuses on the contrast between Daniele, an introverted young man obsessed with making his barchino the fastest boat in the area, and his friends, who spend their time enjoying the summer, dancing and sex. In Atlantide, Ancarani disguises documentary observation as a quasi-fiction film, breaking boundaries and limits to offer a peculiar portrait of youth.

The new and radical Spanish cinema

Five previously announced Spanish-produced films complete this section, offering an almost anthropological look from peculiar prisms, such as Magaluf Ghost Town, in which Miguel Ángel Blanca presents an unusual vision from the heart of the Balearic town, known as a low-cost holiday destination and alcoholic paradise. Silvia Rey Canudo's Wan Xia takes a closer look at the Chinese retirement community in Spain, using an old people's home in Madrid as a gateway.

There is also room for films such as Passion, a Swedish-Spanish co-production in which Maja Borg explores the relationship between Christianity and BDSM in a journey of personal healing after a destructive relationship. And two unorthodox portraits will also be screened: in Miguel's War, Lebanese Eliane Raheb tells the story of a homosexual who fled Lebanon in the turbulent 1980s, settling in the free Madrid of the Movida era, still marked by the trauma of his exile and a past to be forgiven. Lastly, Marc Sempere-Moya and Leire Apellániz bring Canto cósmico. Niño de Elche, which strives to grasp the impact of the musician on the Spanish scene and the role of the flamenco tradition.

●       Landscapes of Resistance, by Marta Popivoda.