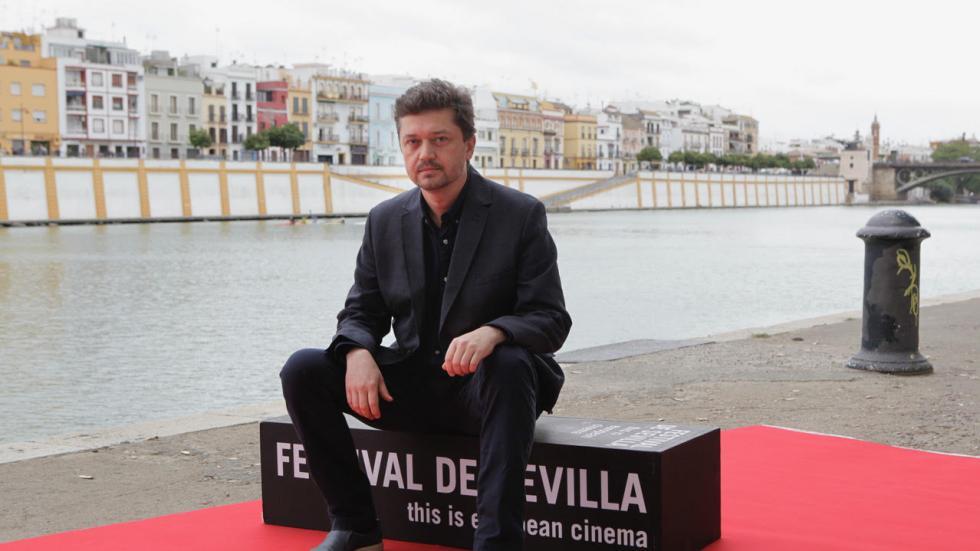 The psychological trace of the war catastrophe

The Ukrainian director Valentyn Vasyanovych presents at the Seville Festival his film Atlantis, winner of the Orizzonti Award for Best Film in Venice

Atlantis, awarded for Best Film in the Orizzonti section in Venice, the film by the Ukrainian Valentyn Vasyanovych tells a story, in a very dystopic close future, of an ex-service man who suffers of posttraumatic stress in a noisy environment still full of climatic ravages, that is Chernobyl after the war. When he is fired, he discovers an unexpected way of dealing with this reality: joining the Black Tulip mission dedicated to exhuming war corpses. By working alongside Katya, an archaeologist he met there, he understands that a better future is possible. Maybe he will learn to accept himself as he is. The feature film, visually overwhelming and darkly beautiful, addresses a not so controversial issue, the war as an ecological catastrophe.

In a very dark winter atmosphere and with a very horrifying context, Vasyanovych has pointed out the determinant importance of localisations in his film. Actually, he has declared: “For me, it is the most important thing of the film since sometimes the backgrounds where it is developed tell you even more than the characters”. Moreover, he has added: “It was really difficult to imagine a story like this one, with spring colours and a shining sun in a blue sky”.

The filmmaker has used real stories for this heartbreaking film. “I have worked with non-professional actors experienced at war, as the lead, who was an intelligence official, or his friend, member of a big volunteer organisation”, has explained the author. “They did not let me falsify any situation and the dialogues have been agreed”.

Vasyanovych, who is also a cameraman and a film editor, has admitted that it is difficult for him to delegate this sides. “It is really complicated to verbalise the senses that have not been born, for me it is easier to look for images and determine every scene looking to the monitor”. He has also declared that: “It exists the energy of image, and if you find it in the staging or editing process you have to develop it”.

The Ukrainian has also delved into his perspective concerning the camera’s movement: “It is a forced decision for me, I wanted to film with a static camera, and I did it except for some locations, since my aspiration is to reach the non-manipulated portrait of the characters”.

Concerning the staging, the author has concluded: “I prefer my characters to appear full-length because it gives much more information; my purpose is to run away from the manipulation and to film the most possible honest portrait of the characters”.

Vasyanovych graduated in Karpenko-Kary Theatre, Cinema and Television University in cinematography and documentary direction and in Wajda School in Poland. In 2004, his documentary film Against the Sun received the Jury Award in Clermont Ferrand, Great Prize Nancy and a jury mention in Toronto, among other awards. His documentary feature film Prysmerk, got the Special Mention in Docudays in Kiev and the Golden Duke for the Best Ukrainian film in Odesa in 2015. In 2012, he did his first fiction feature film, Business as Usual (Special Jury Mention in Odesa and FICC Prize). His second feature film, Kredens, won the FIPRESCI Prize in Odesa and was prenominated for the Oscars in 2018. In 2014, he was producer and photography director in The Tribe, by Myroslav Slaboshpytskiy, who won the Critics’ Week Grand Prix, and over 40 awards in festivals around the world.