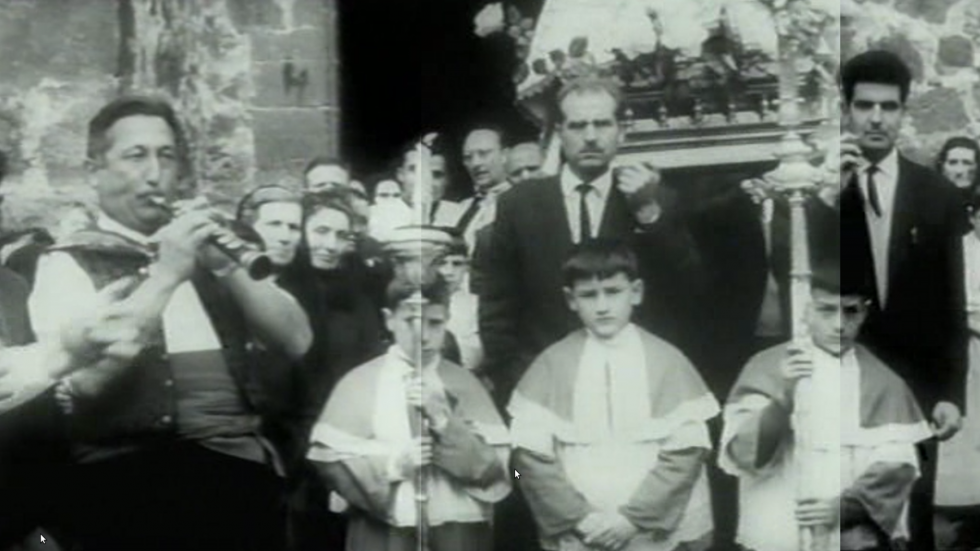 OPPOSING RITUALS: LOOKING BACK WITHOUT ANGER

In the last years of Francoism a kind of cinema started to appear that linked directly with films shot before the Civil War, such as 'Las Hurdes' (Luis Buñuel, 1933) or 'Galicia' (Carlos Velo, 1936): almost anthropological looks with a critical and very political point of view, that ceased to be made when the dictatorship decided to use popular culture and folklore as the perfect anaesthetic instrument. In the mid-70s, many Spanish experimental filmmakers began turning the spotlight on rites and traditions, they looked to indigenous imaginations that hadn’t been corrupted or promoted in the media. Those films, true rarities until the death of the Caudillo, found it hard to escape from marginalisation. Now, a generation is appearing that adopts that tradition with the greatest respect but, also, with a certain subversive intention; young, curious filmmakers who look at the past to overturn the present.

The section Opposing Rituals, a stimulating novelty in this #15FestivalSevilla, offers a selection of five very little known feature films that will be screened in five sessions, accompanied by short pieces filmed in the present day, which dialogue with the former in a game of mirrors as stimulating as it is conclusive.

With 'Visión fantástica' (1957), the Ukrainian filmmaker resident in our country Eugene Deslaw applied his avant garde training to a very rare pearl, with which he set up the so-called Negavisión (by mixing positive, negative and solarisations he achieved an unusual 3D for which glasses weren’t required). Deslaw used images from NO-DO and showed the Sanfermines, the Caprichos de Goya, a bull fight with Manolete or Salvador Dalí in Cadaqués. An unusual journey through the lands of Spain that has met its match in 'Walsed', a short film by Alberte Pagán who reversed 'Visión fantástica' in a process that he explains better than anyone: This negation of a negation is far from being an affirmation: it denies the folksy images and songs of a fascist country that underlie the images of NO-DO retouched by Deslaw, but goes farther on its proposed path of total destruction..

A key name in the Barcelona school, Jacinto Esteva directed 'Lejos de los árboles' (1972), altering the usual folk/costumbrista look, to uncover the brutality of certain popular fiestas, almost always to do with death (burials, exorcisms, processions...). 45 years later, Jaione Camborda filmed in Super 8 and in black and white, an old Galician festival, 'Rapa das bestas', that shows the cutting of horses’ manes, in a clairvoyant mirror of Esteva’s work.

Surrealist and full of symbols, in 'Axut' (1975) José María Zabala proposed what he defined as a metaphysical circus in which he applied sensorial mechanisms, dreams and music to the cinema, starting from an iconography that mingles tradition and modernity. And that finds its perfect reverse in 'La noche para los nocturnos' (2018), by Ander Parody and Pablo Maraví: it is a piece created especially for the Seville Festival, that has a mythological Basque figure, the Gaueko, the guardian of the night, and it makes him wander after losing his magic because of an overly technologized world. 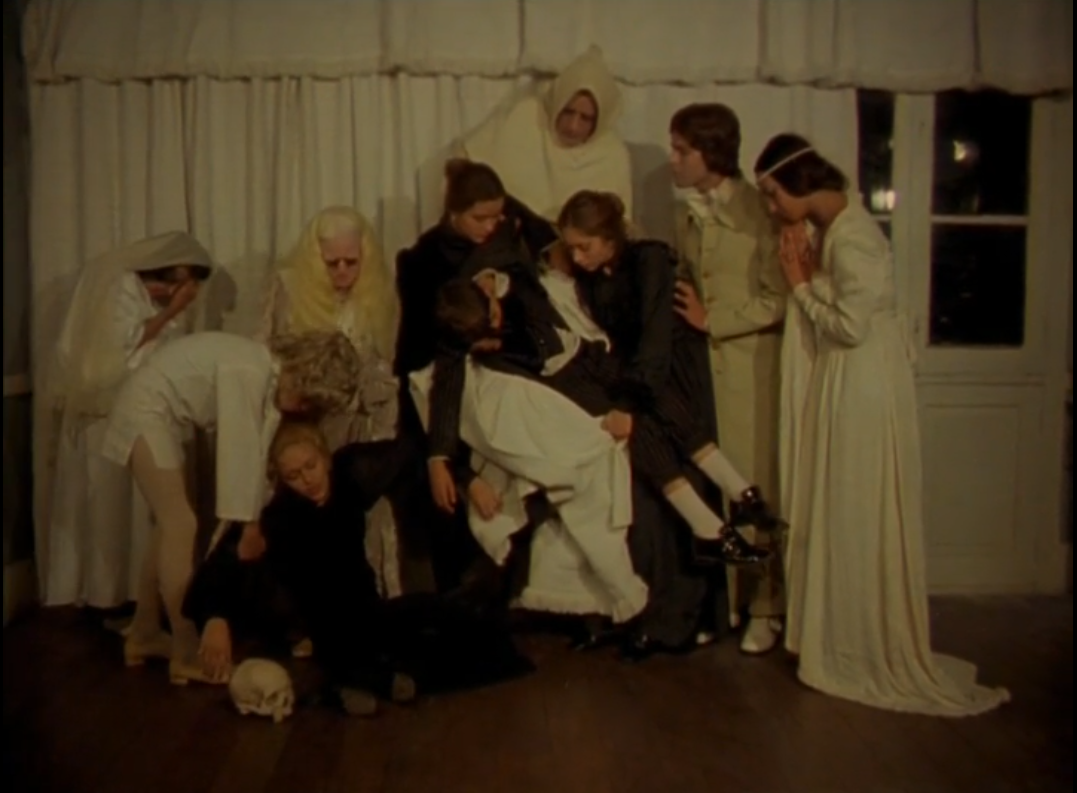 Opposing Rituals offers two other double programmes. The painter Pepe Dámaso directed 'La Umbría' in 1975: a kind of reinterpretation of the cinema of vampires situated in the Canaries village of Agaete, the film tackles terror cinema while it portrays rural life, through a family ill with tuberculosis who live shut away in a mansion. 'La Umbría' is shown along with 'Montañas ardientes que vomitan fuego' (2016), by Helena Girón and Samuel Delgado, also an immersion in the underground, volcanic currents of the Tenerife land.

Two short films, 'Insular' (1971) and 'Los montes' (1981), close this section. The former is directed by Ramón Masats, one of the most important photographers in the country. With 'Insular' he proposed a beautiful visual experiment on the desert landscape of Lanzarote. Directed by Martín Sarmiento, 'Los montes’ mixed reality and fiction to take us to an isolated village in El Bierzo, where the inhabitants hold a wake for the only man who lived there. The screening is completed with the short film 'El becerro pintado' (2017), David Pantaleón reinterprets the biblical passage of the Golden Calf and transplants it to a Spanish town.