THE SECTION DELVES INTO THE RISE OF POPULISM AND EUROPE'S IDENTITY 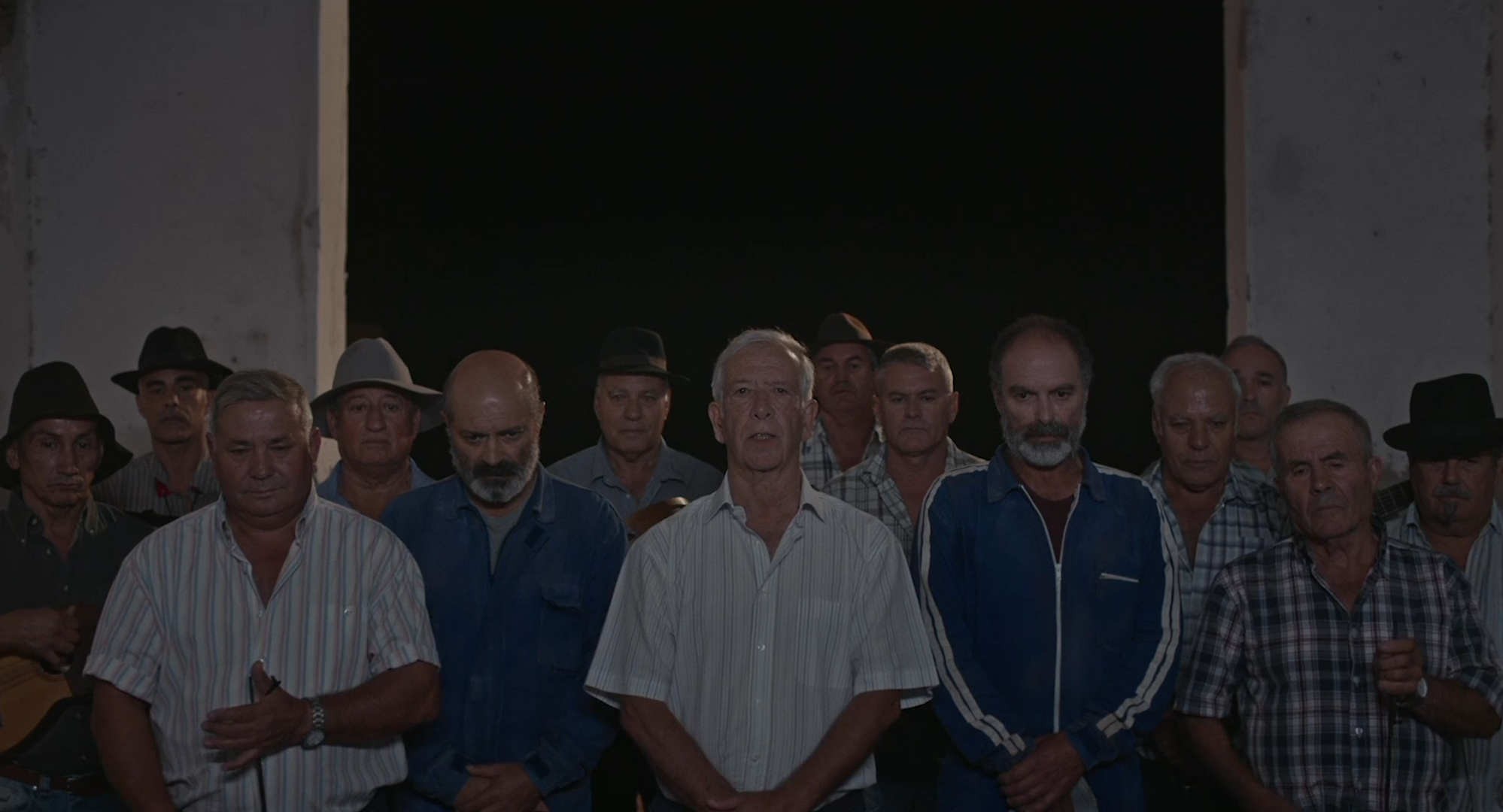 Seville, 15th September - The 18th Seville European Film Festival. ‘This is European Cinema’, to be held from the 5th to the 13th of November, presents the titles that make up The New Waves section, one of the most emblematic and most representative of the spirit of the SEFF.

As a whole, the selection of The New Waves, made up of 12 films which will be screened for the first time in Spain, provides a suggestive look at the challenges that are currently at the forefront of European debate, such as immigration, refugees, the fight for real equality for women, the rise of populism and the people' s identity in the face of the globalising invasion. All of these themes will be addressed in some cases by newcomers to the film scene, with an unmistakable desire to bring new approaches, and in other cases by veterans like Mathieu Amalric or Kornél Mundruczó. In addition, some of the films in this section are by directors of non-European origins and backgrounds who, through their singularity, fuel the debate on identity in a mixed-race Europe.

The New Waves, a platform for new Spanish cinema

After welcoming the debuts of such important filmmakers as Luis López Carrasco, Lois Patiño and León Siminiani, the New Waves once again opts for a new Spanish director to inaugurate this selection of titles. After an award-winning career in the world of short films, Canarian David Pantaleón arrives at the Seville European Film Festival with the world premiere of his debut feature, Rendir los machos, as the opening film of The New Waves. Set in Fuerteventura, this is a sort of long journey on foot starring two brothers who must come to an agreement to collect the inheritance of their recently deceased father, a wealthy cattle farmer and cheese producer.

Europe as a refuge: from Turkey to Afghanistan 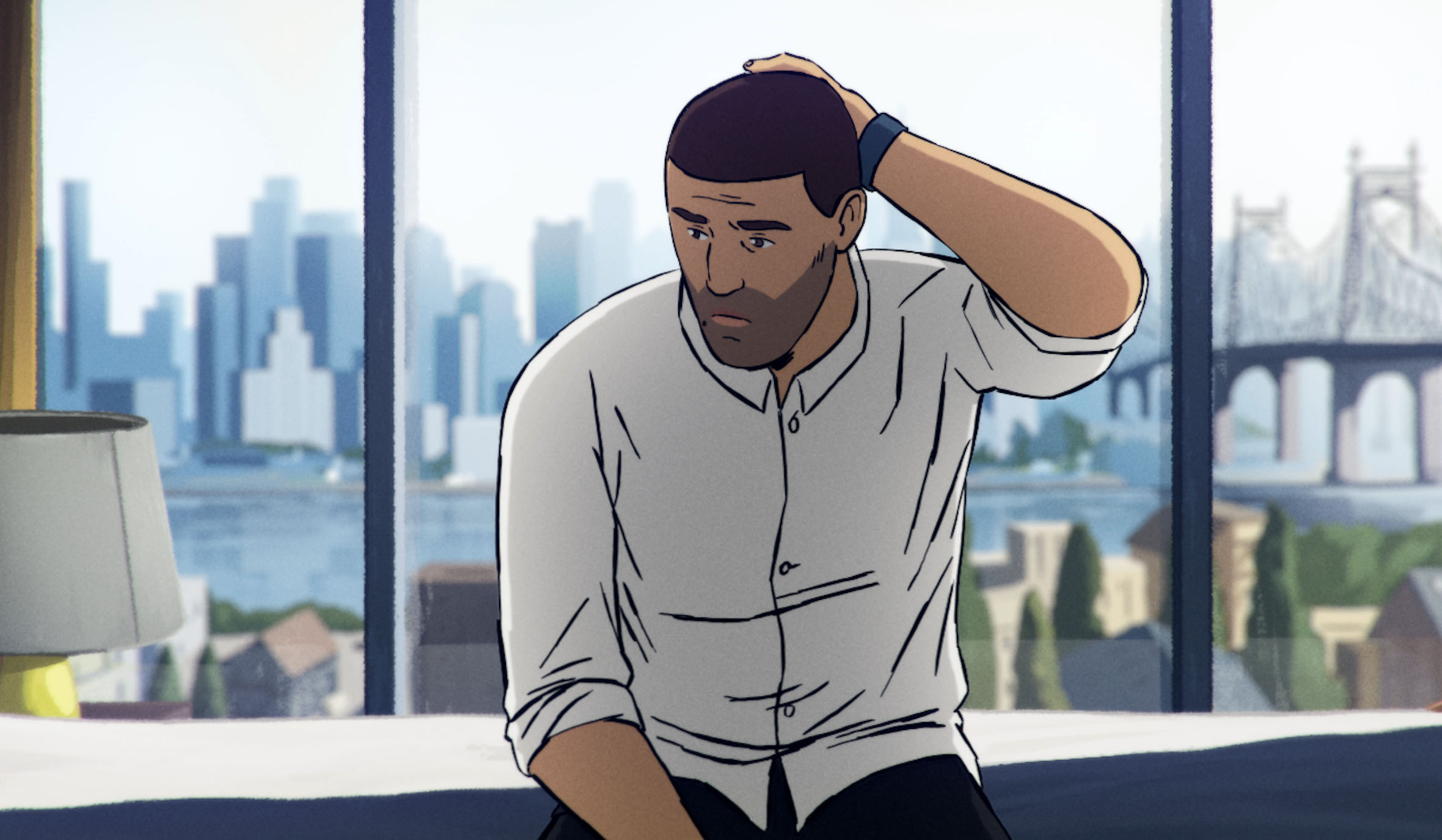 In its aim to approach the lives of refugees from unfamiliar languages, this year's edition of the New Waves offers two titles, Flee and Europa.

With three awards at the Annecy Festival and the Grand Jury Prize at Sundance, Flee, by Danish director Jonas Poher Rasmussen, tells the story of a young gay man's epic flight from Afghanistan. Halfway between animation and documentary, Rasmussen brings to the big screen the true story of a friend who, in the midst of the Soviet invasion in the 1980s, sought refuge abroad.

In Europa, Heider Rashid uses the story of his own father, an Iraqi refugee, to portray the odyssey of thousands of people on the border between Turkey and Bulgaria. Using the technique of the subjective camera, which films at close range to the performer, the film offers an immersive experience in the journey of a young man trying to survive the laws of the forest and the persecution of border patrols. 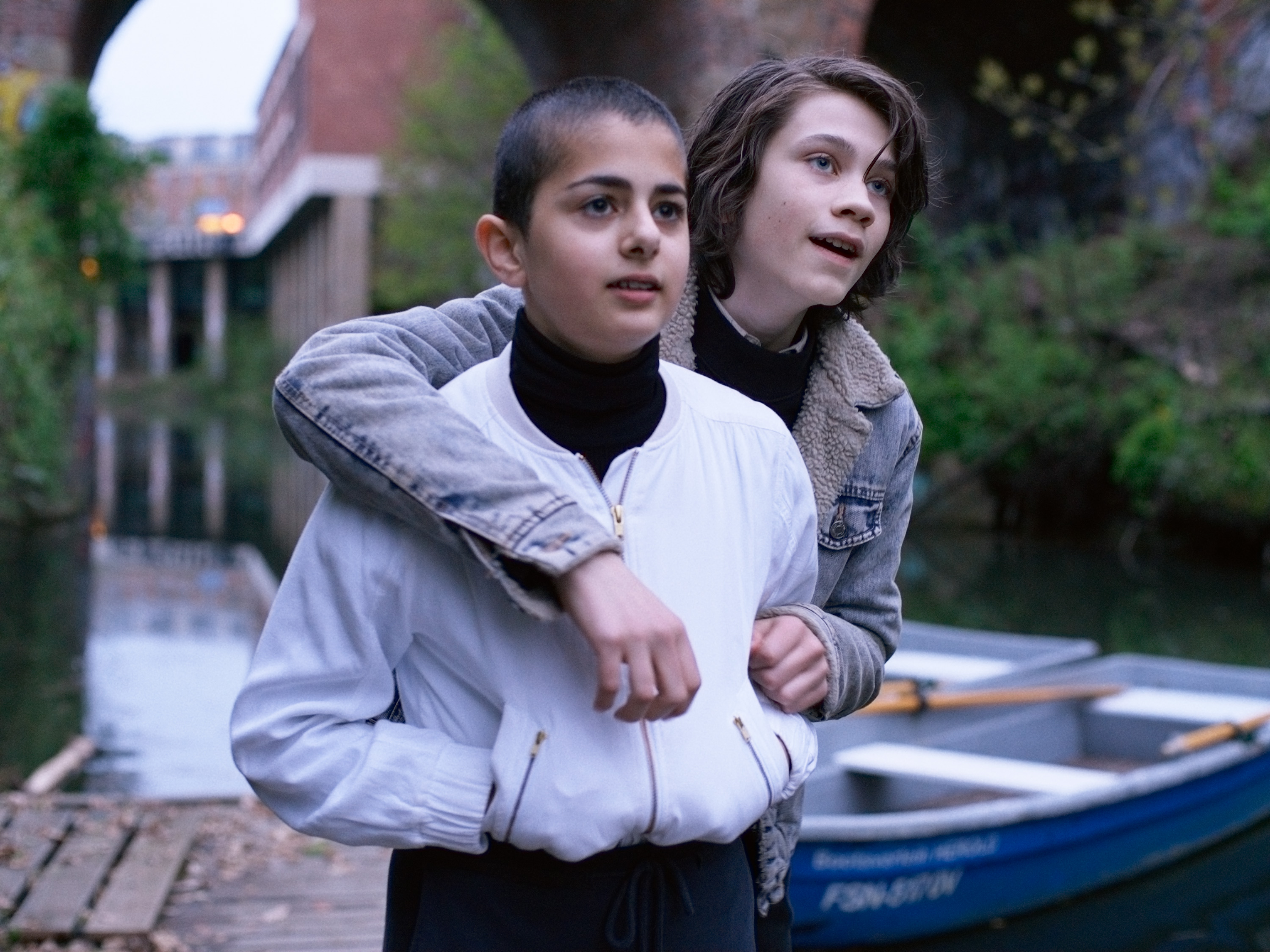 Winner of the Special Jury Prize in Seville 2010 with Tender Son, the Hungarian Kornél Mundruczó returns to Seville with Evolution, in which he travels from the Second World War to present-day Berlin through three generations of the same family, unable to reconcile with the wounds of the past and the horror suffered during the Holocaust.

Mathieu Amalric also returns to Seville, four years after winning the Best Director Award for Barbara. For this occasion, in Hold me tight (Serre moi fort), the French director and performer delves into the story of a woman who breaks the chains of her frustrating family monotony. Starring Vicky Krieps, unforgettable in Paul Thomas Anderson's The Invisible Thread, and most recently in M. Night Shyamalan's Time.

Portraits of women on fire 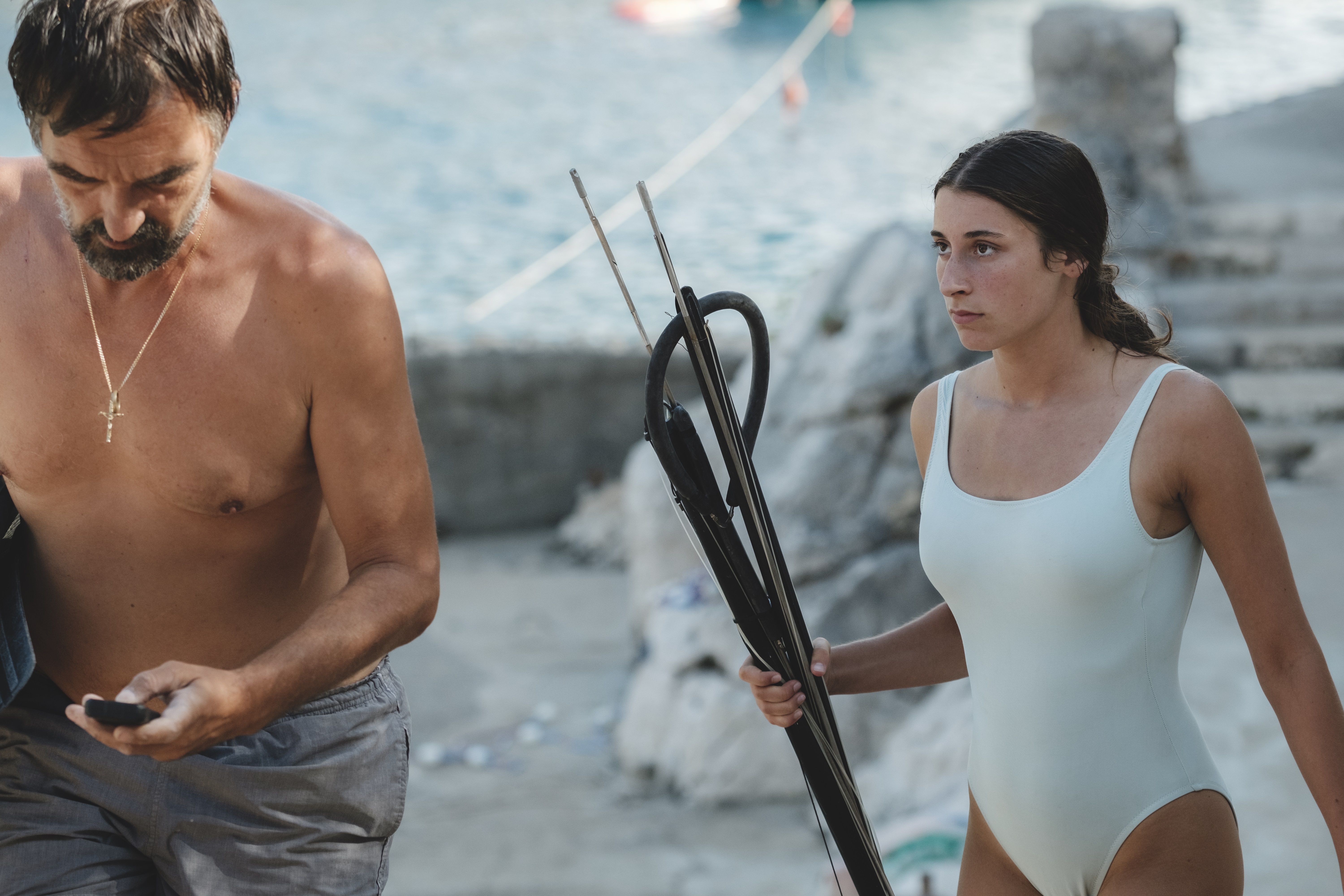 Hold Me Tight is not the only story in this section about a woman committed to her own desires and concerns. With the participation of Martin Scorsese in the production, Murina, the debut feature by Croatian Antoneta Alamat Kusijanović, arrives to Seville after winning the Camera d'Or at the last Cannes Film Festival bringing to the table the relationship of a young woman who defies her violent father. The film skilfully combines the beauty of the locations on a Croatian island with the suffocating atmosphere suffered by its protagonist.

The father and daughter relationship is also at the core of the plot of Greek director Jacqueline Lentzou's Moon, 66 Questions. The protagonist returns home to care for her ailing father, a return that sparks a possible reconciliation. Best Film at the last Sarajevo Film Festival, this debut film is a boost for the new generation of the Greek New Wave, in the wake of Lanthimos and Tsangari.

Also a prize-winner at Cannes, where it won the Grand Prize at the Critics' Week and the Fipresci, is Feathers, by Egyptian director Omar El Zohairy. This surprising debut combines surrealism with socio-political criticism based on the most absurd comedy: the magician at a party turns a man into a chicken, which will lead to his wife taking charge of his family in the context of a suffocating patriarchal system.

The debut feature by Tunisian newcomers Ismaël and Yossef Chebbi in the transgressive Black Medusa also tackles machismo and the pre-established roles of women. Shot in black and white, the directors use the myth of Medusa to tell the story of a young mute woman's double life: by day she is a reserved film editor and by night, a hunter in search of revenge. 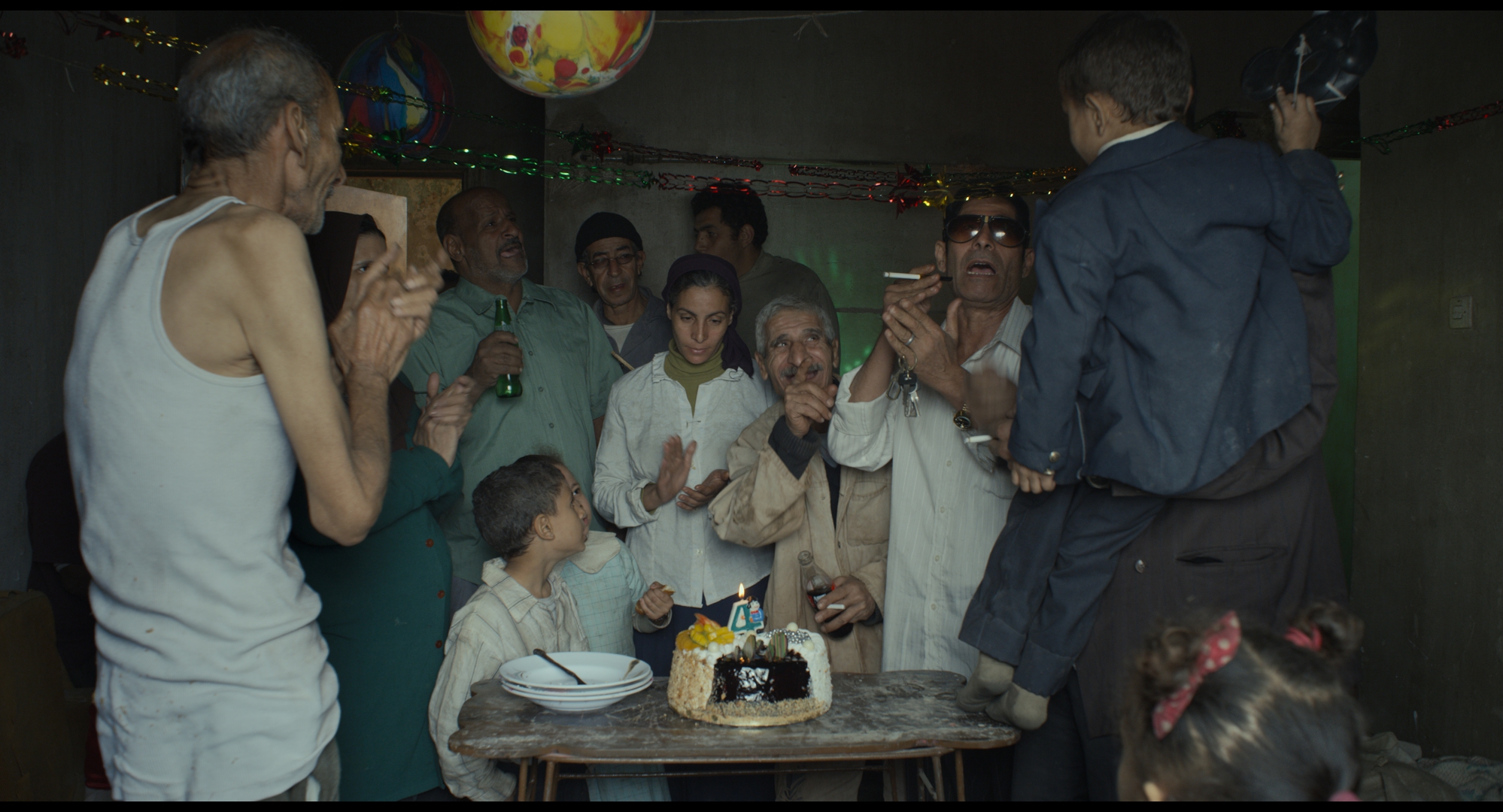 Political thought against populism and colonialism

Political debate, essential to the spirit of the New Waves, is to be found in a series of titles that simultaneously experiment with genres. In Bloodsuckers, the German Julian Randlmaier, who presented Self-criticism of a Bourgeouis Dog and A Proletarian Winter's Tale in Seville, now ventures into a black, political and vampire comedy to make an acid review of Marxism and the populisms of the 1920s.

Influenced by the cinema of Ermanno Olmi and the Taviani brothers, the Italians Alessio Rigo de Righi and Matteo Zoppis present in The Tale of King Crab (Re Granchino) a reinterpretation of popular tales to make a forceful critique of colonialism. Here the focus is on a 19th century anti-hero, a dipsomaniac and a bum, who during a local revolt is forced to travel to Tierra del Fuego.

A re-reading of colonialism is also present in Liborio, the title of the feature film by Nino Martínez Sosa. A regular editor on Jaime Rosales' films, in his debut behind the camera he is accompanied by director of photography Óscar Mateo (also from the team of the director of La soledad) and Pablo Arellano on the screenplay. Liborio is a colourful and highly expressive portrait of the peasant and religious leader Olivorio Mateo, a revolutionary figure in the Dominican Republic at the beginning of the 20th century.

The C3A and the CAAC host the Seville festival's auteur summer cinema.