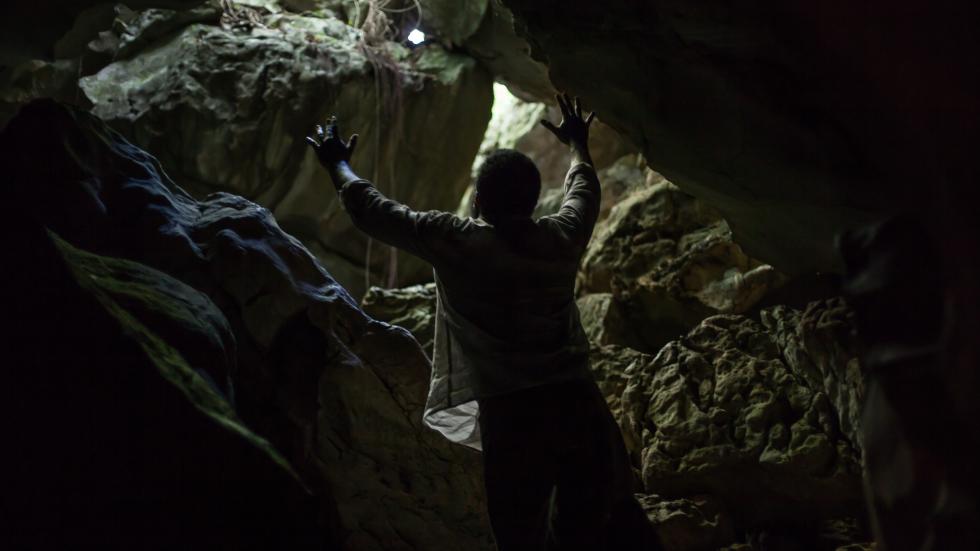 Olivorio Mateo Ledesma, known as Papá Liborio, is one of the most fascinating figures in Caribbean history: a hero of the people, a messianic revolutionary. Legend has it that Liborio disappeared during a hurricane in 1908. Seven days later, he reappeared as a healer, prophet and guerrilla fighter, generating a legion of followers (who still follow his songs and rituals to this day). This is why when troops of US Marines land in the country, they see him as a dangerous agent. This atmospheric and absorbing film, premiered in Rotterdam, tells this incredible true story.

Dominican Republic, 1976. He studied at the Autonomous University of Santo Domingo and at the EICTV of San Antonio de los Baños in Cuba, where he later coordinated the editing department. After moving to Spain, he began a prolific career as an editor on award-winning feature films and documentaries. He created the film production company Balsié Guanábana Macuto in the Dominican Republic, partnering with Fernando Santos and Guasábara Cine to produce Liborio, his first feature film, which premiered at the Tiger Competition in Rotterdam. He has also lectured and consulted at prestigious film schools and art centres, and has been a member of the European Film Academy since 2012.