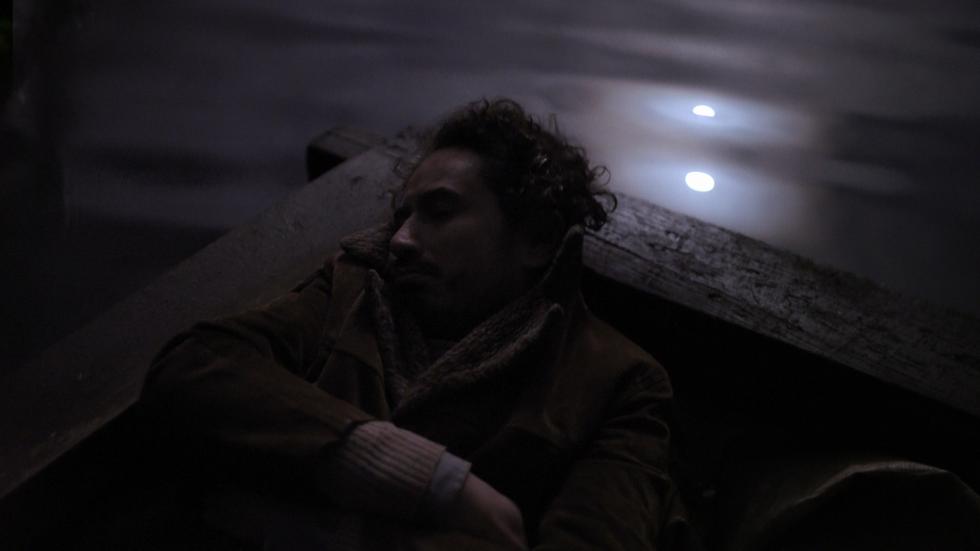 One of the three Spanish films that are part of our Official Section is 'Longa noite', third feature film by Galician Eloy Enciso. A fascinating and hypnotic proposal that travels back in time to better understand the present, and which was rewarded for the last edition of the prestigious Locarno Festival. We give you five good reasons to enjoy this unusual proposal.

As Eloy Enciso himself explained in an interview in 'El Progreso', "this is a simple story, about the encounter of a middle-agedman, who returns home to Lugo a few years after the end of the Spanish Civil War."The returned protagonist will engage in a series of conversations that reflect many current situations. Enciso gives prominence to the word, to a mosaic of looks (“it is a choral film in which a set of voices that make up an image of post-war Galicia, and through them and everyday situations are reflected the hidden mechanisms of power of totalitarian societies”) and, at the time, the film becomes an almost pictorial visual experience, with a lot of aesthetic weight for Mauro Herce's photography.

2) For his literary influences

The origin of the film is inspired by the literary tradition of texts by Max Aub, Ramón Valenzuela, Marinhas del Valle or Luis Seoane, and in letters from victims of retaliation by the Francoism. Enciso confessed in a talk in 'El Cultural' that he had to look into the literature of exiled authors, "because Francoism did its job well and it was almost impossible to find something that was not in line with what the regime published, but did not want to talk about the time from what was told by those who were out. That's when I started reading memoirs that saw the light during the Transition." Enciso added: "If we want to talk about what happened, it has to be through personal experiences."

3) For addressing current issues from a look at the past

Being the exhumation of dictator Franco's corpse still recent is more pertinent than ever to address the daily consequences we now experience from that regime that Spain lived for 40 years. As Eloy Enciso recounted in 'El Cultural', "when I met authors from the 40s, I saw that what was told was much more contemporary than everything I had read about theTransition or what I found in texts of the present. I never wanted to make an historical or historicalist film, but just talk about the past, because I think there are some keys in it that can help us  better understand the present. But I think it's impossible for us to get rid of Francoism, we can only take it on to get over it."

4) For the career of its director

Trained at the prestigious Film School of San Antonio de los Baños (Cuba), the Galician Eloy Enciso was revealed with his first feature film, 'Picnic' (2007), winner of the International Prize for Best Mediterranean Documentary in Torino. His second film, 'Arraianos' (2012), was presented at the Locarno Festival, and was awarded at BAFICI, at the D'A Film Festival Barcelona, and in Seville, where he took the New Waves award.

5) For the prize in Locarno

Eloy Enciso returned to the Locarno Festival after his experience with 'Arraiana'. 'Longa noite' had a magnificent reception at the 72nd edition of the contestand, although he did not achieve the coveted Golden Leopard, it was awarded the Boccalino D'Oro by the Association of Independent Critics. One more backing for a film that will be one of the jewels of the programming of this Seville Festival.