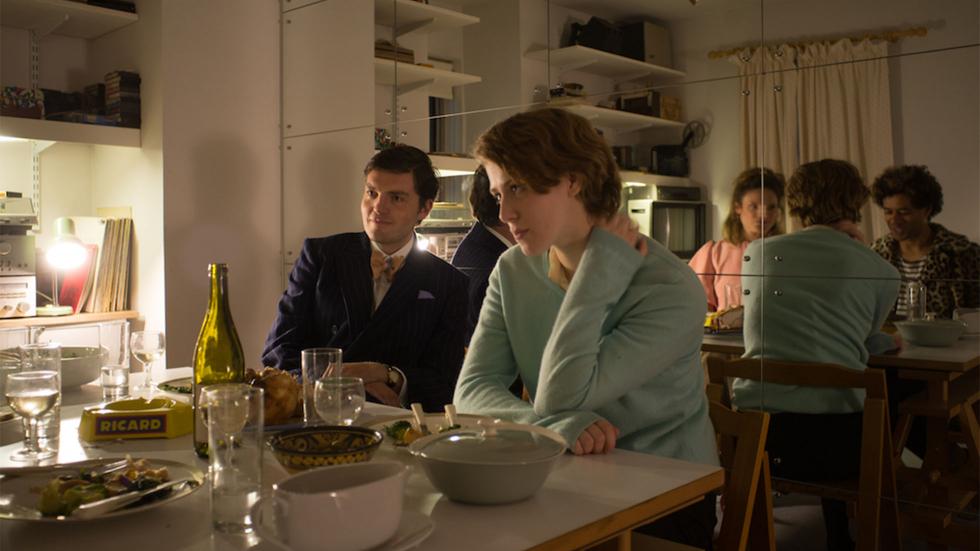 Joanna Hogg (London, 1960) has grabbed the spotlight this year with the dazzling 'The Souvenir', sponsored by Martin Scorsese and winner of the Grand Jury Prize at Sundance. A title, for many an epiphany, that has been prasied by the International Press as one of the key films of 2019. Although in the last two decades the film industry has eagerly awaited each of its new works, Hogg has so far been one of the most precious secrets of contemporary cinema. By screening her four feature films in an unprecedented retrospective in Spain, the Seville European Film Festival will give the opportunity to get closer to the author of the moment.

Seville will host the Spanish premiere of 'The Souvenir' (2019), hailed as a breathtaking masterpiece and the best British film of the year. A delicate history of artistic self-discovery and amour fou, with references to classics such as 'Broadway Melodies' or cult films such as 'Ticket Without Return', it shows Hogg's talent for unraveling family relationships and the emotional strength of her stories. Qualities that are already present in the other three titles that compose her praised filmography and that complete this focus: her debut 'Unrelated' (2007), announcing her as one of the greatest talents in contemporary cinema and winning the Fipresci Award at the London Film Festival, along with the acclaimed and multi-awarded 'Archipelago' (2010) and 'Exhibition' (2013).

The retrospective dedicated to Lene Berg (Oslo, 1965) premieres the unreleased works in Spain of this director who has been questioning official discourses since the nineties. Power relations, the society of vigilance and ethical ambiguity are some of the habitual subjects of this provocative author. The Seville European Film Festival focus will show films that deal with the reconstruction of the past, such as 'Shaving the Baroness' (2010), in which she imagines how the 1921 lost film in which Marcel Duchamp and Man Ray shave the pubic hair of Baroness Elsa von Freytag could have been.

Also screened are 'The Weimar Conspiracy' (2007), which reflects on history, culture and tourism; and 'Stalin by Picasso or Portrait of Woman with Moustache' (2008), in which Berg revives the uproar caused by the surrealist Louis Aragon when he commissioned Picasso to paint a portrait of Stalin. In 'Kopfkino' (2012), a revision of Leonardo's 'Last Supper', which also echoes Buñuel's 'El ángel exterminador' (The Exterminating Angel), we attend a meeting of eight women who are professionally engaged in extreme sex practices. The construction of stereotypes and assumptions about age or gender is the backbone of 'Dirty Young Loose' (2013), a film that dismantles preconceived ideas about social norms and gender roles. The programme will culminate with the Spanish premiere of 'False Belief' (2019), screened at the Berlinale, which reconstructs the events that led to the unfair arrest of Berg's partner, an  African American descent living in New York.