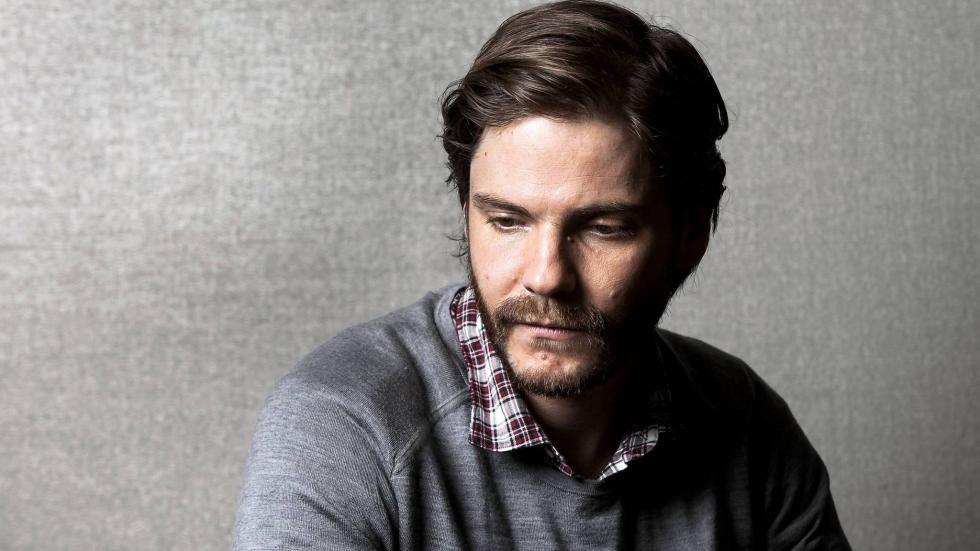 DANIEL BRÜHL MAKES FUN OF HIMSELF IN 'NEXT DOOR'.

He has been one of the most popular actors in Germany since he starred in Good Bye, Lenin! (2003) and became a star. He has filmed in Europe (The Edukators, Merry Christmas, The Countess), in Hollywood (The Bourne Ultimatum, Inglourious Basterds, Rush, Captain America: Civil War and The Falcon and the Winter Soldier series) as well as in Spain. The son of a German father and a Catalan mother, Daniel Brühl was born in Barcelona in 1978. He has maintained his ties with our country, having a home in Barcelona, and filming several Spanish productions, including Salvador Puig Antich (2006), Un poco de chocolate (2008) and Los Pelayos (2012).

Now he is making his debut behind the camera with Next Door, a dark comedy in which he plays an actor with many similarities to himself. Sharing the same name, neighbourhood of residence, several anecdotes and a similar profile. Digging deeper into this self-fiction, an audiovisual mine, Daniel the character is a distorted version of the Brühl we know. In the film, the protagonist prepares to fly to London to attend a casting that could land him a role to play a superhero in a Hollywood film. Before leaving, he goes into the corner bar, where he bumps into what will be his chat partner for a few hours: a gloomy-looking guy who stares at him with a scowl on his face, and who will soon start to criticise him, upset that his father used to live in Daniel's flat, before the rental prices became impossible.

We outline some key aspects of Next Door based on the German-Spanish actor and director's own reflections, gathered in several interviews.

"I felt I wanted to get down my trousers, as we say in Germany, and be as honest as possible, without letting the film turn into something autobiographical and embarrassing on how to deal with my past. I felt liberated after making Next Door. I was able to get revenge for everything I've been told in my life: it's the price you pay for being an actor, and I'm happy to do it. I still think it's a wonderful profession. It's also been a way of dealing with that and breaking with the image of me. Since Good Bye, Lenin! a lot of people think I'm the nicest guy in the world, that I help old people cross the street. We wanted to play to confuse the audience, it was never my intention to make a self-indulgent story: I wanted to set the tone from the beginning, underlining and exaggerating, the Daniel in the film is a bit pathetic, an unpleasant version of me, who goes through life like a peacock. A lot of the details are true, but it's always clear that this is a comedy and that I don't take myself too seriously".

The superficiality of fame

"One of the things I wanted to do was to play someone who got lost in the profession, in the fame, which is often the case nowadays when actors strive to maintain that perfect facade. I wanted to laugh at that aspect of my world: the superficiality, the Instagram world, the filtered purity, all that shit we have to deal with. To have someone in front of you, who you don't know, and who tells you the truth to your face, what no one around you dares to tell you. That your supposedly perfect world can be torn apart in a single afternoon. I thought it was a beautiful and painful thing. I admire the self-critical humour of the English, which the Germans don't have. I really wanted to shoot where it hurts. Because I constantly ask myself questions about the privileged life I have."

The fans and the haters

"Some Hollywood star, I can't remember who, once said: 'It always bothers us actors to be noticed. But it bothers us even more when we don't get noticed. It's very true. I remember an anecdote that was as uncomfortable as it was funny that happened to me in Barcelona: a Swedish couple approached me, phone in hand. Without thinking, I took the phone and put my arm around the woman, thinking they wanted a selfie, but they had no idea who I was! They wanted me to take a picture of them. It was so embarrassing, I started explaining that I was a famous actor... I think I was blushing for an hour. I put it in the film, like something my co-star says about me: that I always play the same character in all my films - that I don't act. A friend's wife said that to me at a party! There's something I've realised: people are becoming more and more invasive, people are losing their distance, their courtesy, their respect. Like people who stare at you while you're talking on the phone or playing with your child, who interrupt your conversations".

The origin of the film

"The idea came while I was having tapas in Barcelona. I had just arrived to settle down for a few months and I wanted to show people that I belonged to the city where I was born. I remember speaking very loudly, in Catalan, winking at the waitress and talking about Barça... and I saw a construction worker staring at me, without blinking. A bit like Clint Eastwood. I immediately felt that he hated me. And I started fantasising about it, transforming the guy into a construction worker who might have been working on scaffolding on the front of my house, watching me for months."

The structure of Next Door

"From the beginning, the film was going to be about gentrification, about someone who feels like an invader. And there was a confrontation between two men from completely different social backgrounds. I imagined it as a duel, like in a western, taking place in a bar. It was clear from the beginning that I would play the victim, so to speak".

"I've wanted to direct for a long time, even before I had this idea. But I always kept in mind the advice of the filmmakers I've worked with: that if I wanted to direct, I had to know exactly what I was talking about and what I wanted to tell. So I knew I had to find a very personal idea that I cared about. I didn't want to embark on too big a project or do something that had nothing to do with me. And already on the set, the truth is that I had no idea about a lot of the technical terms that are used, but the whole crew treated me with a lot of respect, even though I was a rookie."

"I've been in Berlin for almost 20 years and I still can't say I'm a Berliner. The concern about gentrification is something that has been with me since I moved from Cologne to Berlin. I was privileged from a very young age, because of the success of Good Bye, Lenin! allowed me to live the life I wanted, and to rent a flat in Prenzlauer Berg, the Berlin neighbourhood everyone was talking about at the time. And in Barcelona I did something similar, moving to Gràcia. And I have always felt like an invader. Not as guilty of gentrification, but as part of the process that both cities have undergone. And then, speaking only of Berlin, I was also very interested in capturing the conflict between the East and West Germans, which is something that is still alive".

"The contrast between this project and the Marvel universe is dramatic. But there's a funny thing about their films, they manage to make you forget about the pressure, because these are projects that are worth a lot of money. They create a very warm atmosphere, with a lot of respect and calm, and they give you the freedom to try things out. And they have a great sense of humour, I think they will understand and laugh at the references that appear in Next Door, when my character is about to do a casting for a superhero film. And it's not just a reference to Marvel, it's that the auditions for these Hollywood projects are sometimes surreal: they send you a page of the script with five sentences, without context, where everything is blurred and with watermarks. Sometimes it's humiliating...".

"I've just shot a new adaptation of Erich Maria Remarque's novel, All Quiet on the Western Front. And I'm developing a TV series based on an idea I have about German actors in Hollywood, something funny but also depressing and bitter, exploring the way Germans are typecast in Hollywood, with that inevitable step of playing a Nazi at least once. Directing one of those episodes would be interesting... Actually, the experience has been so good that I want to try it again".