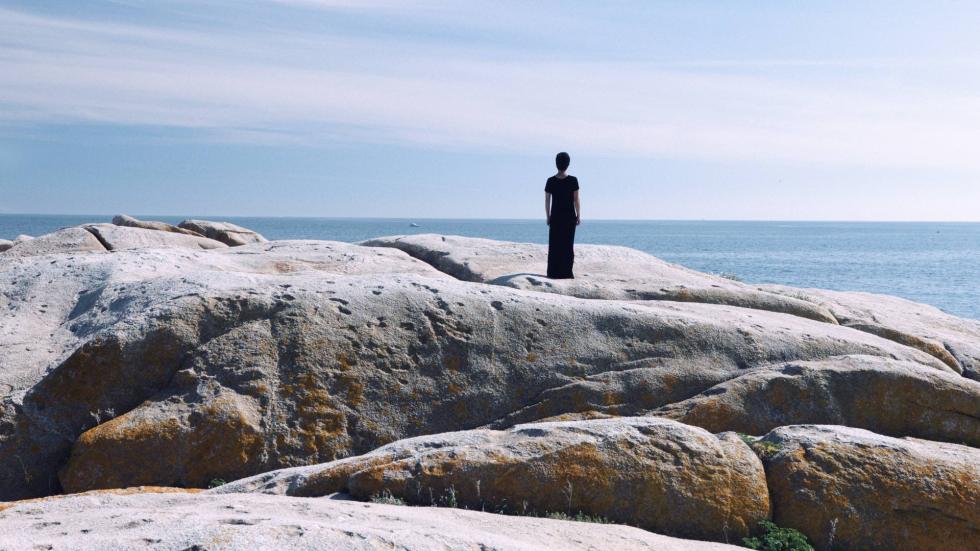 THE BOOM OF GALICIAN CINEMA

Margarita Ledo and Alfonso Zarauza are two filmmakers whose long trajectory is associated with the powerful and referential Galician cinematography, that now lives a moment of creative splendor. Their newest films, Nación and Ons, will be screened this year in the Festival.

“It’s an exceptional time for Galician cinema, and we must be aware of it. We also should be very proud and give it the credit it deserves” said Alfonso Zarauza, Director of Ons, recently. His film will be screened this year in the newly created section of the Festival, ‘Extraordinary Stories’. The Novo Cine Galego is a young movement which unites diverse authors (who don’t necessarily belong to the same generation) with supposedly conflicting intentions and sensibilities, discourses and interests. Some of the artists that belong to this movement are Oliver Laxe, Eloy Enciso, Jaione Camborda, Peque Varela, Lara Bacelo, Alberte Pagán, Ramiro Ledo, Xurxo González, Helena Girón, Samuel M. Delgado or Diana Toucedo, among others. Alfonso Zarauza and Margarita Ledo, which is the Director of the film Nación, also belong to the Novo Cine Galego.

The aforementioned filmmakers have developed production models that shy away from the industry’s criteria and are often based on self-production. They also propose innovative languages in which experimentation is an added value and stand by their roots, from natural to rural. Gazes that bet on the postulates of a combative feminism. And the memory, always depicted as one of the significant core ideas. The Novo Cine Galego equals freedom and aesthetic commitment, whether the film is fictional or not.

“Like a bottle in the sea, like remembering those assemblies in the 70s, 80s and 90s…a former worker from Pontesa addresses the women: ‘Please, don’t ever work unrecompensed. Fuck it!’ The past from the present acts as a slogan in Nación; a place where you can think deeply about the experiences of the women that worked in the textile, ceramic and canned food sector. Brave women that show their teeth. The chants that we hear in today’s protests were created by them.” Margarita Ledo’s (Castro de Rei, Lugo, 1951) words introduce us to the battle that a group of women are waging against a ceramics factory that still owes money to the women that used to work there 20 years ago. When Pontesa shut down, many women lost their posts, salaries and dignity; as they had lost the independence that came with being employed. Going back home meant invisibility. Ledo says, “We knew that the film was intimate, after all, we were talking about the loss of self-esteem when everything around you breaks down”, which is exactly what happened to the women of Pontesa when they were laid-off.

In Nación, Ledo favors non-fiction tools: “The presence that opens the film and anticipates the performance, and a combination of voices, sounds and archives from different periods that link reality and fantasy. The strength and uneasiness in a small gesture. The performative part, which benefitted when our relationships on set strengthened. The film is about showing the world those historic episodes that were hidden, but never erased. Those episodes that make you who you are, that encourage you to seek a way out, that teach you to be loud and overcome the pain in which we were instructed. So that you feel whole.”

A marriage in crisis: a husband who’s depressed by the unforeseen death of his lover, and a wife, who follows him when he retreats to the island of Ons, where recovery may come easier. The sudden appearance on the island of a mysterious foreign woman who has survived a shipwreck and doesn’t remember anything. Things will never be the same. This is the plot of Ons, which is director’s Alfonso Zarauza (Santiago de Compostela, 1973) new film. Zarauza has also directed La noche que dejó de llover and Los fenómenos.

“I wrote the script with Jaione Camborda” recalls the director. “It was so hard to write that first word. We spent almost three months thinking about what we wanted to express, and once we came up with a topic and a path that interested us, we started digging into it. The film is about love, but the perspective isn’t trivial and clichéd. We wanted the focus to be on our need for those affections, and we wanted to investigate the need and deficiency: the need for love, emotional security, sexual desire and maternal instinct, and the deficiency of it all. That’s what the film’s about.”

Filming on an island was a crucial point to Zarauza: ‘Islands are limited by space, a fact that adds a special force to any storytelling. Islands are also metaphorically limited, since there are firelights in them, and firelights guide us in the vastness of the night when sailing in the middle of the ocean. You have to get close to the light, but not too close, because, if you do, you may end up running ground and sinking. When we got to the Ons Island, these two ideas were the key to make everything rise like a souffle, causing the issues we were addressing to become increasingly important’.

This film is full of silence. According to the filmmaker, ‘everything that is not said is even more important than what is said; what is lying beneath being more important than what is seen’. To a great extent, the excellent cast bears the weight of Ons —Antonio Durán ‘Morris’, Melania Cruz and Anaël Snoek form the emotional triangle in a film that Zarauza defines as ‘an auteur movie, whilst also being really appealing to the general public. It has a classic structure and a leisurely pace, avoiding strident sensationalism, experimental eccentricities and a cryptic language’. He also adds that ‘whilst not being a thriller, it is a film with mystery. A Spanish film that, just like English or Irish films, does not avoid grey skies, sea fog or rain; and that, just like Escandinavian films, emphasises the austere elegance that the cold colours of the Galician Atlantic Coast has’.