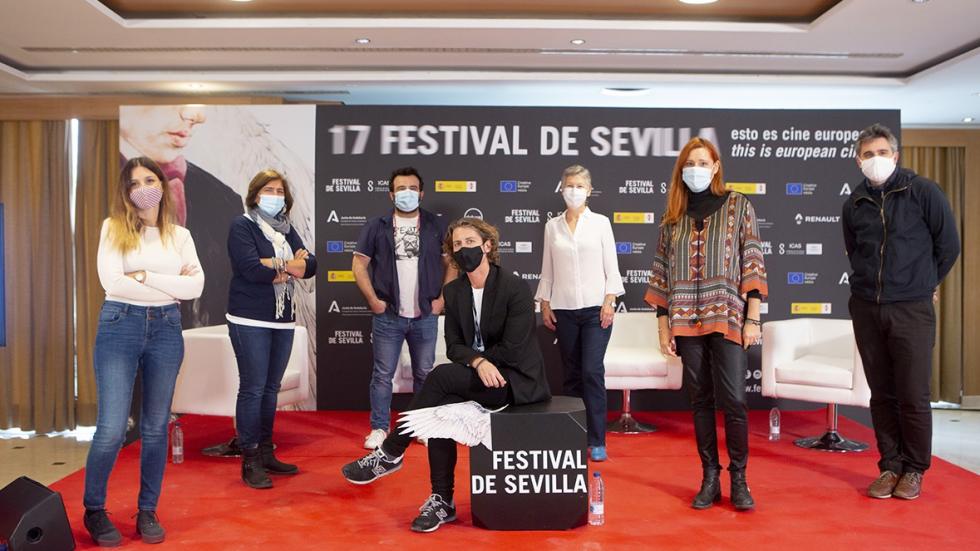 CREAMOS is born, a new association that brings together Andalusian screenwriters, and directors to join forces in the audiovisual industry

The second to last day at the Seville European Film Festival welcomed the presentation of CREAMOS, a new Association of Andalusian Screenwriters and Directors, born with the aim of bringing together the interests and needs of the core members of any audiovisual work, its creators.

Great figures from the sector, headed by the one that many consider the spiritual father of this project, Benito Zambrano, came together in this project that was born, according to Jorge Naranjo, president of this new entity, at a press conference, "in full confinement, given that the funding that was being promoted by the public administrations within the framework of the pandemic did not include funds in favor of the creators".

In the words of Zambrano, who was introduced through a video during the presentation of CREAMOS, "one of the few good things that the pandemic has brought about has been the birth of this association. In this crucial moment, it is important to support the creators, who are the base and backbone of the sector". Also, the director of Solas and Intemperie, added that '"CREAMOS was born to improve our industry and defend the rights of Andalusian creators".

For Naranjo, "is an opportunity to take care of us a little more, claim and recover things that have been lost, such as grants for script development, which allowed working the stories in depth."  Meanwhile, Ana Graciani has defined this association as the daughter of the pandemic: "Until now, we creators, who are dedicated to telling stories, had no voice".

The filmmaker Laura Hojman has defended that "the projects start with a screenplay, that's the starting point and the screenwriters are one of the most vulnerable sectors".

The event was presented by Juan Antonio Bermúdez, vice-president of the ASECAN and coordinator of the SEFF's Andalusian Panorama section, with the presence of the Huelva filmmaker Remedios Malvárez. The video presentation featured names from the Andalusian audiovisual industry such as Alberto Rodríguez, Santi Amodeo, Alexis Morante, Ana Rosa Diego, to name a few.

This recently created association has already 50 members and hopes to continue adding members from all the provinces of Andalusia, especially those Andalusian professionals who are working in Madrid, Barcelona or abroad in the near future. The next presentation will be within the framework of the Almeria International Film Festival.