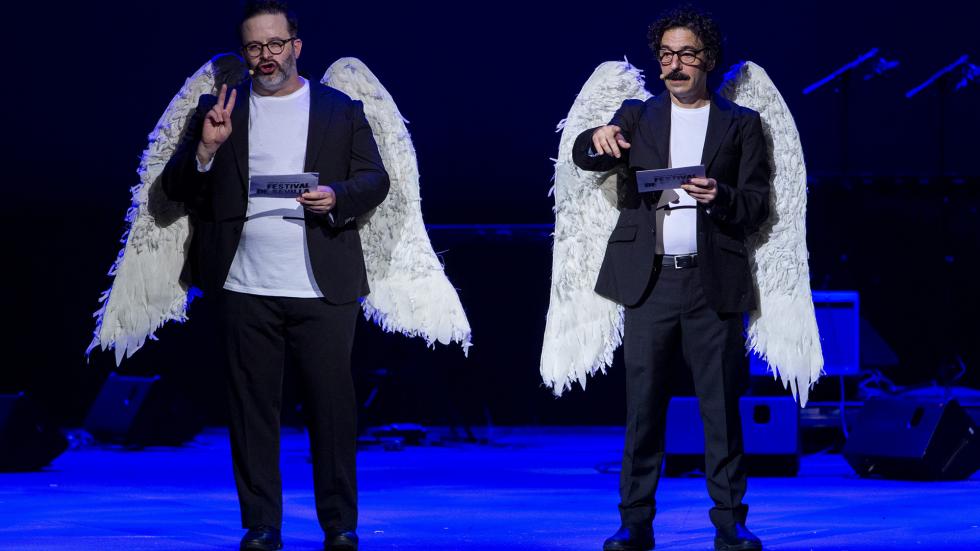 ANGELS OUT OF CONTROL

The Lope de Vega Theater welcomed the opening gala of the 17th Seville European Film Festival, which combined humor and honesty with several references to the film Wings of Desire

Equipped with wings, as the protagonist of this editions' poster, created by the artist Julio Serrano Julepe, the duo formed by Edu Galán and Darío Adanti, (ir)responsibles for the satirical magazine Mongolia, got on the stage of the Lope de Vega Theatre, in the means of hosting the event. Giving tribute to Wings of Desire, a film from which a scene was shown ("We will only be able to get out of control if we get too serious", said one of Wenders' angels), the festival opened by showing heart of the theater, its backstage, which is usually covered, this time was quite exposed "as a symbol of the effort continuously made by the professionals in this sector and as a way of claiming the need to continue producing culture". In this way, through the combination of humor and honesty, the "firewall curtain" of the 17th edition of the SEFF has been lifted, which, in spite of everything, is just beginning.

Rosa Bosch, Frédéric Niedermayer and Luis Urbano, members of the jury of the Official Section; Beatriz Navas, director of the Institute of Cinematography and Audiovisual Arts; Marta Velasco, president of the Andalusian Film Academy, together with Antonio Pérez, Mercedes Hoyos and Alberto Rodríguez; and Mike Downey, vice-president of the European Film Academy (EFA), who justly commemorated the director of Wings of Desire, Wim Wenders, who is in his last year as president of the EFA after three decades. In another nod to the film, the opening also featured live performances by Nacho Camino and General Invierno, playing Nick Cave and The Bad Seeds' powerful song The Carny -present in one of their iconic scenes-, at the most purely scenic moment of the gala. Finally, another important German filmmaker, Christian Petzold, introduced the film that opened the event, Undine, through a previously recorded warm message, finishing then the first night of the Seville Festival which is now, a reality here on earth. 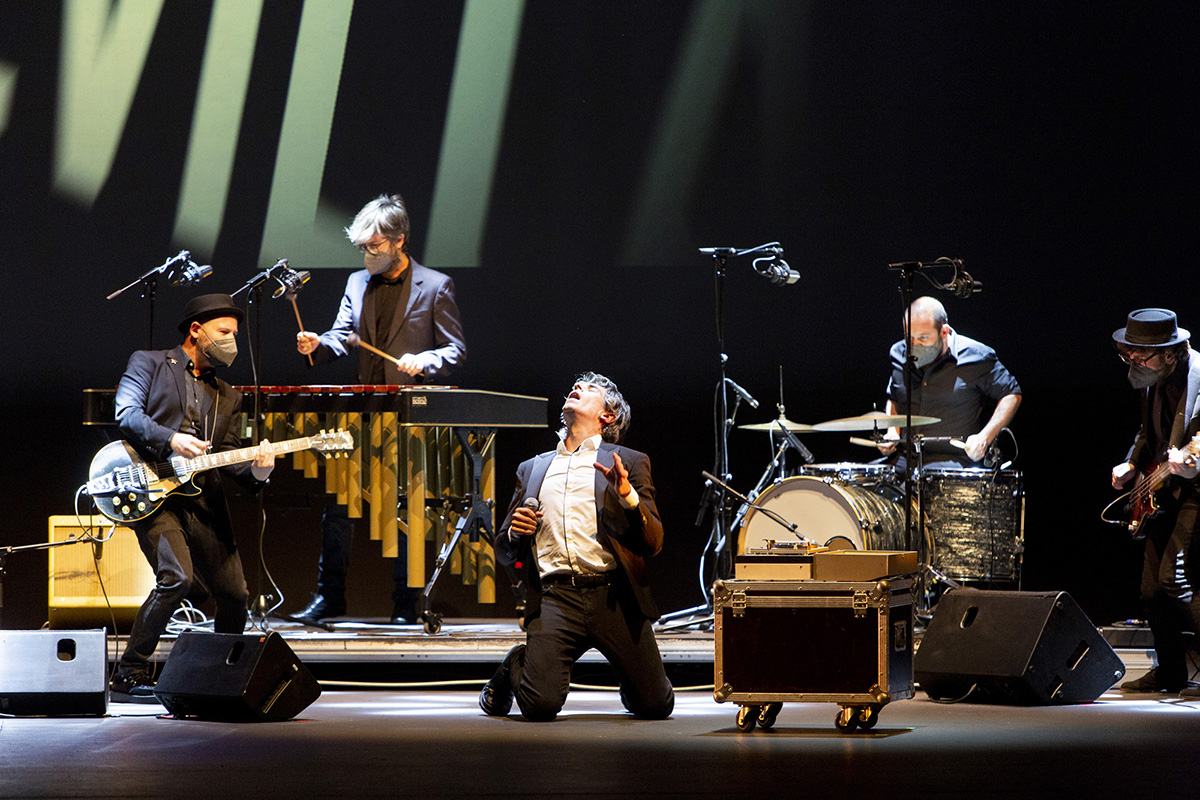