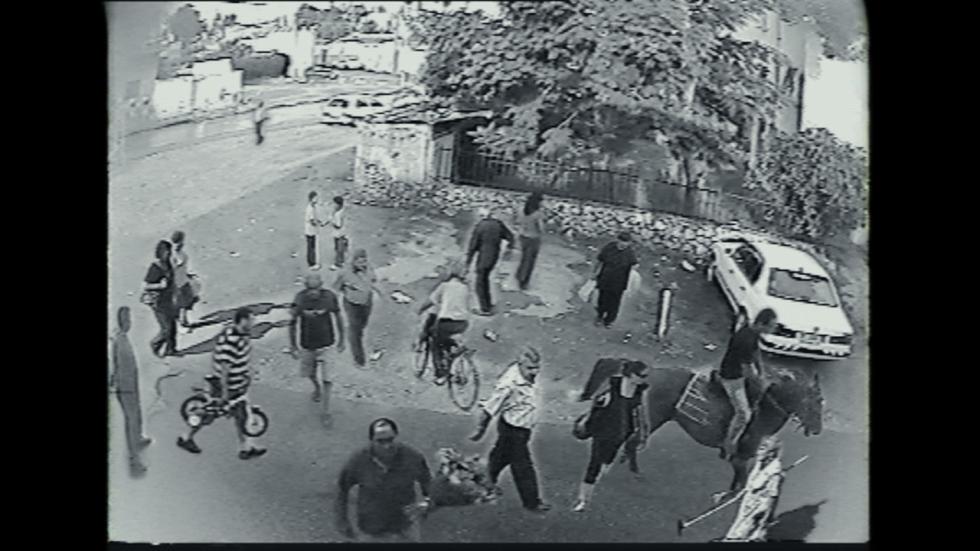 In 2006, Kamal Aljafari's father put a surveillance camera in his house pointing at the street, in order to find out who was breaking his car window over and over again. The director recovers that footage (sound mixed by himself) to make this film, which starting from the apparent coldness of the material (where the texture just adds to the film) displays an arsenal of ingenious comments and unexpected discoveries, drawing on the neighborhood's choreography in a territory that is not at all trivial. It is the Palestinian ghetto of the city of Ramla, in the center of Israel, the hot spot of the territorial conflict, and of the memories marked by the scarcity of several generations.

Kamal Aljafari (Palestine, 1972) works with moving and still images, interweaving between fiction, non-fiction, and art. His past films include An Unusual Summer (2020), Recollection (2015), Port of Memory (2009) and The Roof (2006). He was a featured artist at the Robert Flaherty Film Seminar (NYC) and was a Fellow at Harvard University’s Radcliffe Institute and Film Study Center. An Unusual Summer premiered at Visions du Réel in 2020.