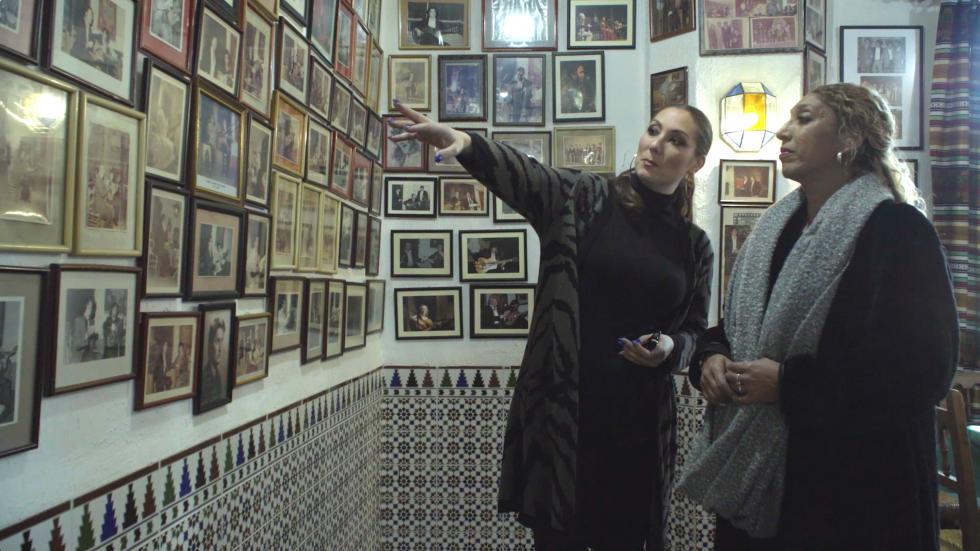 The Sevillian vocalist Esperanza Fernández, one of the leading voices in contemporary flamenco with an internationally recognized career, is travelling through Andalusia with the intention of recovering the memory of the flamenco Peñas. On this journey, she visits some of the most representative flamenco clubs in Andalusia accompanied by top-level figures such as José de la Tomasa, Arcángel, Miguel Poveda, Fosforito, Tomatito, Marina Heredia, Rocío Márquez, Jesús Méndez and José Valencia.

Live sound technician with an extensive career, with a name recognized within the international flamenco companies. He has made numerous musical recordings and concerts featuring Miguel Poveda's DVD Real, or Argentina's DVD Sinergia, both nominated for the Latin Grammy Awards in 2013 and 2015 respectively. He has edited and post-produced numerous musical productions on CD. He has also been nominated for the José Mª Forqué Awards and for best sound in the ASECAN Awards for the documentary 13. Miguel Poveda, among other recognitions.

He holds a degree in Audiovisual Communication from the University of Seville, Ortiz has an extensive experience as a filmmaker and editor in film, television and advertising. Founder and co-owner of Sarao Films SL. He has worked in shows of Canal Sur TV, TVE or Canal Extremadura like: Emplea2, Destino Andalucía, Tu agenda o Trabajo Temporal. He has made numerous musical and concert recordings, most notably Miguel Poveda's DVD Real nominated for the Latin Grammy Awards in 2013. Also nominated for the José Mª Forqué Awards and as best editor in the ASECAN Awards for the documentary "13. Miguel Poveda", among other recognitions.