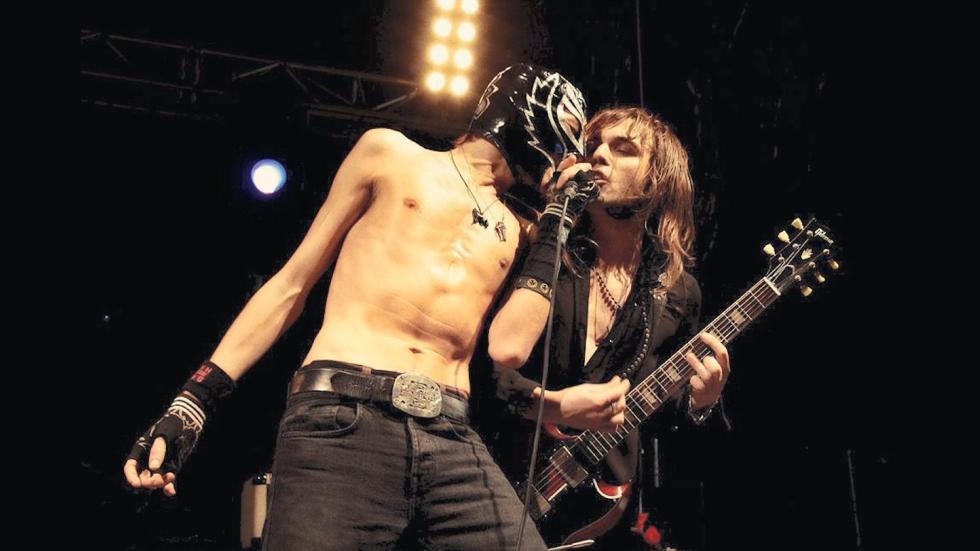 Children of two rock legends from Seville, Sammy Taylor and Charlie Cepeda had a childhood marked by extravagance and excesses. Sammy in the UK and Australia (without knowing anything about his father, the legendary Silvio), Charlie in Seville. This journey follows their lives from their childhood until their meeting, an explosive connection from which came the band Los Labios, with collaborators such as Bunbury, Kiko Veneno, Jarabe de Palo, Chrissie Hynde, Jackson Browne and Raimundo Amador, to whom Lenny Kravitz offered his studio run by producer Craig Ross. This film, which follows the band for four years, is a wild rock'n'roll story filled with drugs, kidnappings, suicide attempts, gurus and sudden fame.

Journalist, war reporter and writer. He began his relationship with the media in the second half of the 1980s covering the war in Angola for the Portuguese television. In the nineties he covered different war conflicts for different European television channels. In 2005, together with Santiago Botello, he published the novel Conexión Habana. For the last decade he has been collaborating in investigative journalism and Spanish news programmes like TVE, Telecinco and Antena 3, covering different countries for programmes such as Diario de... cómo sobrevivir en un Cayuco for Mercedes Milá or Bajarse al moro with Jordi Gonzalez.

He is a guitarist, author/composer and producer, son of the Sevillian guitarist Carlos Cepeda. He started playing guitar at the age of 5, and at the age of 8 he got on stage for the first time, touring clubs and blues festivals with his father's band, Entresuelos, with whom he made his first recording at the age of 12. He founded with Sammy Taylor the band ‘Los Labios’, after having collaborated with big names on the music scene such as Kiko Veneno, Raimundo Amador, Luz Casal, Jarabe de Palo, The Pretenders, Jackson Browne, etc., and also having a successful career as an author/composer, arranger, and music producer, placing several No. 1 in the charts and being awarded two Music Awards, including that of Revelation Author. They are the ambassadors of Rock 'N' Roll from Seville, with whom he recorded two albums in Lenny Kravitz's private studio, produced by Craig Ross.