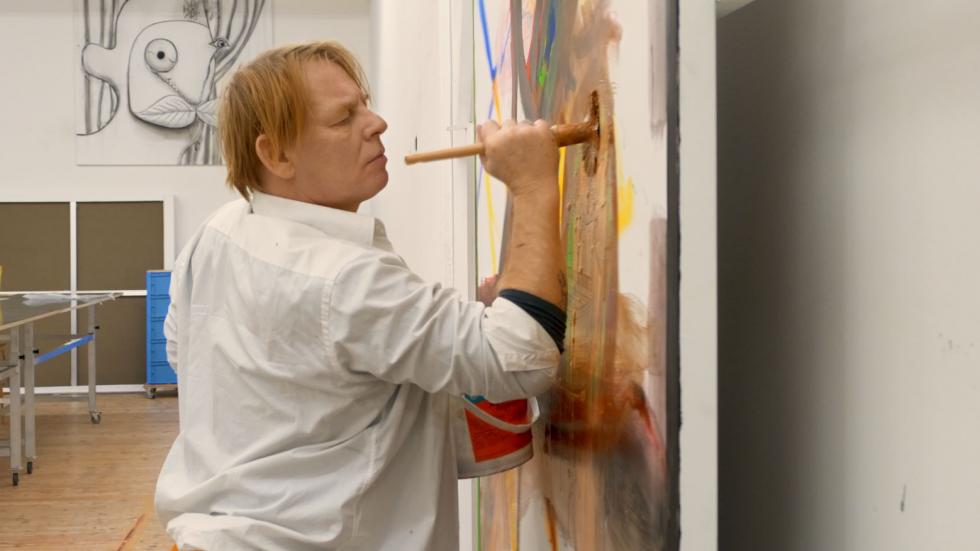 A documentary seeking to unravel the mystery of pictorial creation or a filmic game about art as farce? Oliver Hirschbiegel (DownFall), the renowned German artist Albert Oehlen, responsible for the poster for the 2020 season of the Real Maestranza, and the actor Ben Becker join forces in this piece that offers much more than what it seems. At first glance, we are installed at the painter's studio following the process behind the making of his new work. But it is Becker who, in an interpretative journey, stages the work that Oehlen carries out behind the cameras. The Painter thus raises questions about artistic authenticity while humorously deconstructing the archetype of the intense, tormented male artist. The icing on the cake is provided by Charlotte Rampling as the serene voiceover.

Born in Hamburg in 1957. Upon his return, he studied painting and graphic arts at the Hochschule der bildenden Künste in Hamburg, soon extending his studies to photography, video and film, and dabbling in installation and performance. After directing several successful television projects, he released his debut feature in 2001, the thriller Das Experiment, a box-office hit that won four Lolas (German film awards). In 2004, he made his international breakthrough with the success of Downfall, a film about Hitler's final hours. This was followed by Just an Ordinary Jew (2005) and Five Minutes of Heaven (2009, premiered at Sundance and BAFTA Award for Best Screenplay). After the miniseries Borgia (2011) he directed the biopic Diana (2013), about the Princess of Wales, returning to Germany for his next film 13 Minutes (2015), premiered at the Berlinale. The Painter, his latest film, premiered in Seville.