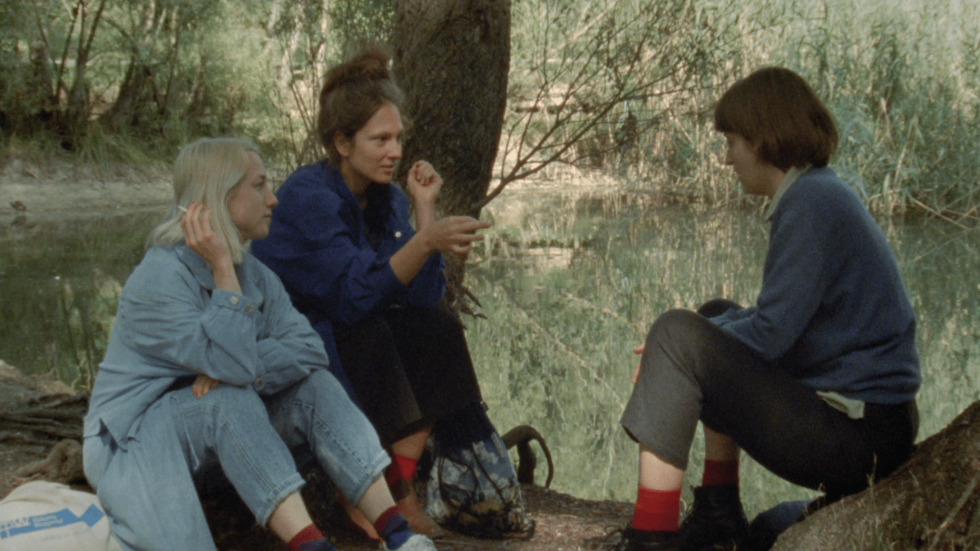 Belonging to the lineage of Rohmer, Stillman, Sallitt and Sang-soo, filmmaker Ted Fendt (Classical Period) captures the splendour of European youth, between anxiety and indolence, in this independent film shot on 16mm that verges on autofiction (the script is co-written by Fendt and his actresses). On her return from New York, Daniela visits her friend Mia in Berlin. A few months later, Mia and Natasha go to visit Daniela in Vienna. Daniela is suffering from what seems like eternal jet lag in the form of insomnia. And so the three friends' days pass, where every decision is a different world, in a sort of sad comedy about the trials and tribulations and pleasures of the early thirties.

Born in Philadelphia in 1989, Ted Fendt is a filmmaker, translator and projectionist. Studied at New York University. Along with a small group of friends and collaborators, he makes short and feature-length films on 16mm. Broken Specs (2012), Travel Plans (2013) and Going Out (2015) are among the first, and Short Stay and Classical Period, both of which premiered at the Berlinale Forum (the latter also won the Grand Prix Janine Bazin at Entrevues Belfort), are among the second. He moved to Berlin in 2018 to make Outside Noise, supported by the Jeonju Cinema Project: Next Edition. The film premiered at Jeonju Film Festival, in addition to winning an honourable mention at FIDMarseille.