NIGHT OF THE KINGS 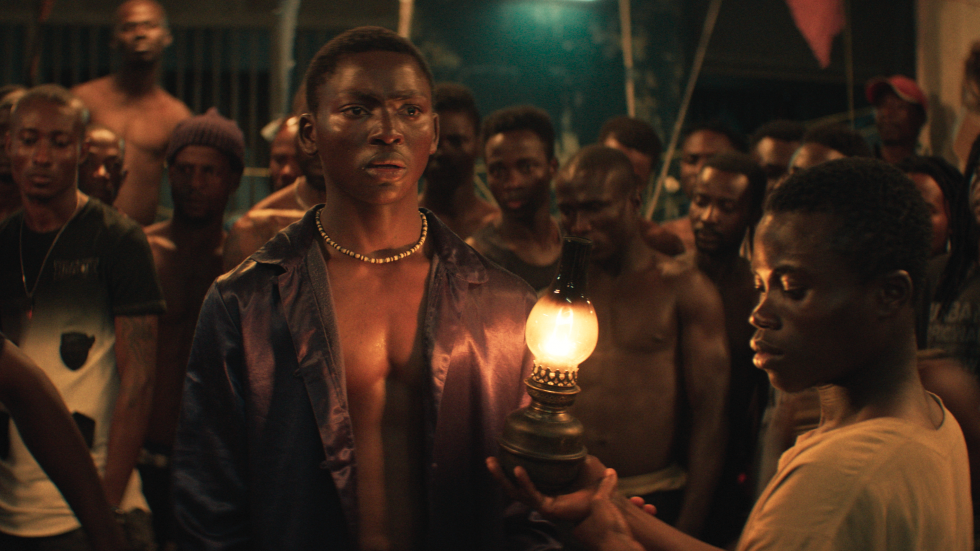 In the hostile environment of La MACA, a prison in the Ivory Coast's forests, a newly arrived prisoner, under a death threat from the prison governor, is designated as the new "Roman", the official storyteller of the place. To save his life he must become the personal Sherezade of a bunch of exalted inmates, and the prison itself, in the heat of its stories, becomes a sumptuous setting for a legend on a red moon night. The group thus begins to breathe in sync with an inspired choreography: the art of storytelling saves their lives in more than one way in this snatch-and-grab film presented in Venice and awarded in Toronto.

Philippe Lacôte grew up in Abidjan, Ivory Coast. His work as a director has taken on several forms, before focusing in 2002 on the recent history of his country with Chronicles of War in the Ivory Coast, a film on the edge between a documentary and a diary. It is followed by the feature film Run, the story of a wandering madman, selected in Cannes Un Certain Regard 2014. This selection confirmed his talent as a filmmaker and revealed a new voice from the African continent. Night of the Kings, his second feature, had its premiere in Venice and Toronto, where it won the Amplify Voices Award,