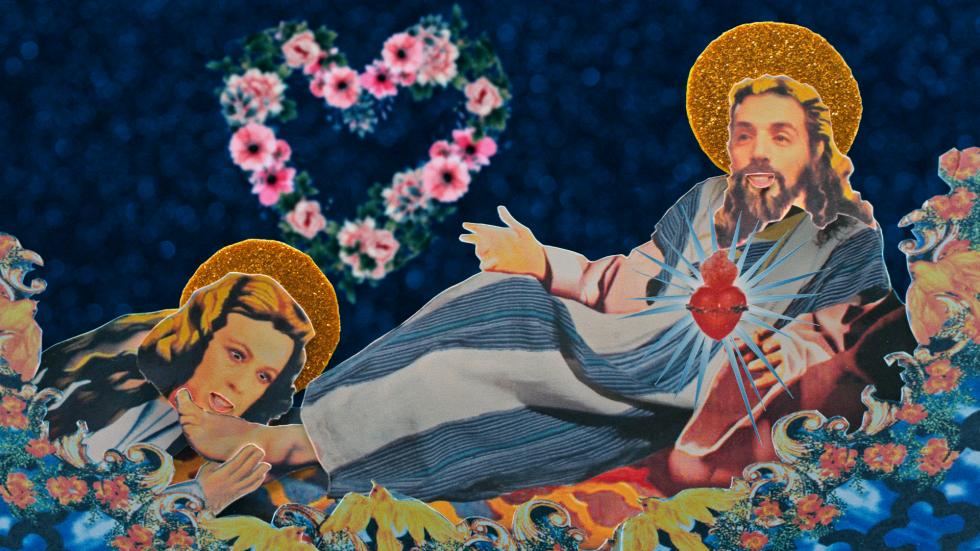 To be gay in Lebanon 40 years ago was not exactly a cakewalk. Miguel, the son of a conservative father and an authoritarian Syrian mother, was only able to live ( excessively) his sexuality when he emigrated to post-Franco Spain. Employing his testimonies with imagination, sensitivity and humour, along with animations, theatrical performances and found footage, Eliane Raheb constructs this film-therapy in which Miguel will exorcise his traumas, on a journey that will take them back to the dreaded Beirut from his childhood, passing through Madrid, Seville, Barcelona and Granada.

Born in Lebanon in 1972, she made her directorial debut with Sleepless Nights (listed as one of the best documentaries of 2013 by Sight and Sound), followed by works such as Those Who Remain (screened at more than 60 festivals and winner of the Étoile de la Scam award). Founder of ITAR Productions, producer of award-winning documentaries broadcasted on ARTE/ZDF, France 3, France 24, NHK, Al Jadeed and the Al Jazeera Documentary, screening as well at festivals around the world. She is also a founding member of the Beirut DC Film Association where she was the artistic director of its film festival Beirut Cinema Days. In addition, she has lectured and screened her films at Harvard, Brown, Georgetown and George Mason Universities. Miguel's War won the Teddy Award at the Berlinale