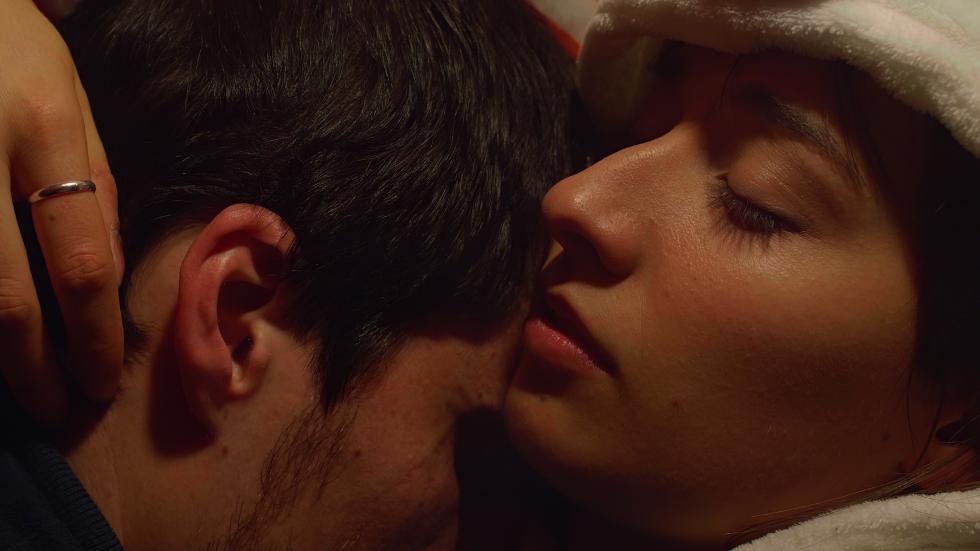 This elliptical and sober film takes us through the territory of the subconscious and dreams by focusing on three stories (to keep us awake). The first, in a mountain village in ancient times where a mysterious cave opens during a storm, where they find stalagmites with painted faces. The second, in 1950s Poland: a little girl dreams every night of her mother, who died in terrible circumstances, asking her to find a piece of her body without which she feels incomplete. And the third, today, in which two young people spend a night in a remote country house under the weight of an old children's story of a headless lady.

Cadiz, 1991. He made his directorial debut in 2011 with the short film Caniville, and in 2012 he filmed Este debe ser el camino at the 48 Hour Film Festival in Seville, winning the Audience Award. In 2013 he received the RTVA Award for best director at the XVI Short Film Communication Gala at the University of Seville for Errarte en la sombra. In 2014 he edited the feature film Ouroboros (Carlos Rivero and Alonso Valbuena), which premiered at the SEFF and was nominated for the ASECAN Awards 2015, in addition, he premiered the lyrical show Destino Verdi at the Villamarta Theatre in Jerez. He has also collaborated with agencies and brands such as BBVA Compass, Televisa, International Red Cross, Acciona or Footers, ranging from writing scripts to creating real action pieces, motion graphics or 2D animation. He is the author of the web series Caniville, for which he has received numerous awards since its premiere in 2015, and has achieved more than 15,000 subscribers and 1,000,000 views on Youtube. Llega la noche is his first feature film.