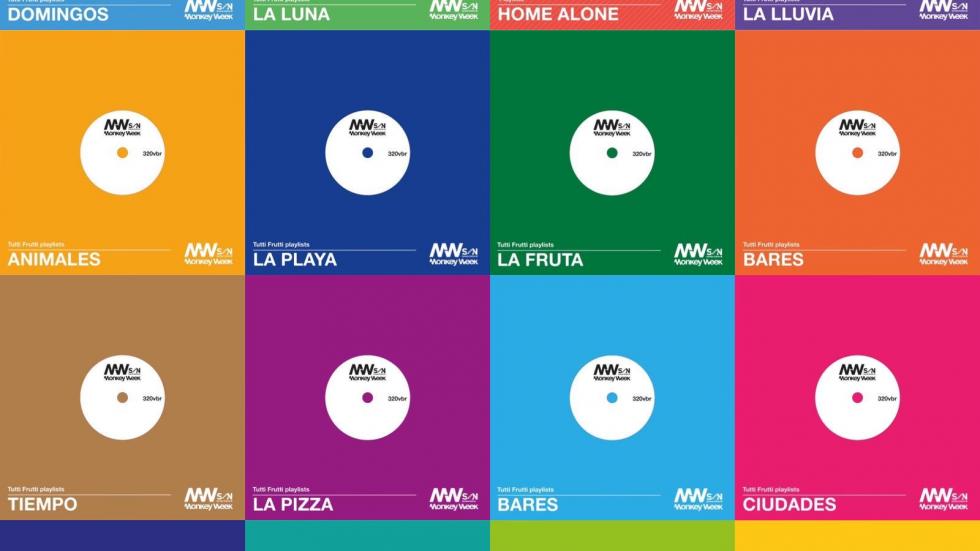 Will you be able to keep going after bingeing on movies? Well, in either case, the Seville European Film Festival and the Monkey Week will pamper your ears every night. The pandemic may steal our usual nighttime parties and concerts (dramatic pause with sigh and fist raised), but it won't stop us from having music! Get ready for nine sensory journeys with a different motto per day but a single destination: to draw a smile on your face to the rhythm of the playlists. During our autumn engagement with European cinema, the Tutti Frutti Sessions move to festivalcinesevilla.eu. Change the dish, but not the menu: sound and rich in potassium, with songs from yesterday and today, and of course, also the music of tomorrow.

One of the advantages of this Festival lasting so long (if you don’t work in it, ahem…) is that it has two Sundays! So you have two opportunities to wake up late (if you are allowed to, and if you have gone to sleep, of course), and another two to enjoy this Sunday delicacy.

Some guys who run a Festival called Monkey Week make a playlist about animals, obviously. But if they mix in this playlist such a diverse fauna like Henry Mancini, Pony Bravo, Vanica Doble or Toot & The Maytals, are octopuses accepted?

Think the worst and you won’t be far wrong. Why deceive ourselves? We’re all into drugs, just that everyone has their own one and their dose. All right! Here you have some good stuff, and 100% legal!

More cinephile, impossible. This playlist opens as David Lynch style and closes with Mama Cass evoking Doris Day. And if someone calls us un-European, Rita Pavone, Johnny Hallyday, Family and even Las Grecas are all in between. All very dreamlike, yes.

Admit it: you have just came out of the cinema and, due to the latest restrictions, it is so early that you even have time to have dinenr at home. Go ahead! Order your favourite pizza and listen on Spotify to this family size with extra style playlist!

There will be those who prefer any of the other three seasons, but for us, the most cinematographic is undoubtedly summer. From "Summer '42" to "Jaws" there is a world in which everything fits, even a certain Monsieur Hulot. As in this playlist.

Do you miss traveling too? From sunny, flowery San Francisco to post-Great War Paris, here is a tour of half the world with destinations for all tastes. Maybe we'll take you on a party in the Madrid de la Movida (The Madrid Scene) that will make you melancholic in the middle of Waterloo.

Oh, how we miss them! The real ones, the ones from before the current situation. Not those who disguise themselves (many to their great regret) as a new normality. If you are a bar animal, you are going to drink this playlist in one gulp. Waiter, please!

Let's not fool ourselves, there is no Seville Festival without rain. And, as the famous Spanish saying says: The rain in Seville is a maraville. Even more so if you're a film buff (and you're into dubbed movies, ahem). So, here you have this flood of cool songs to continue marvelling without fear of getting wet and catching a cold.