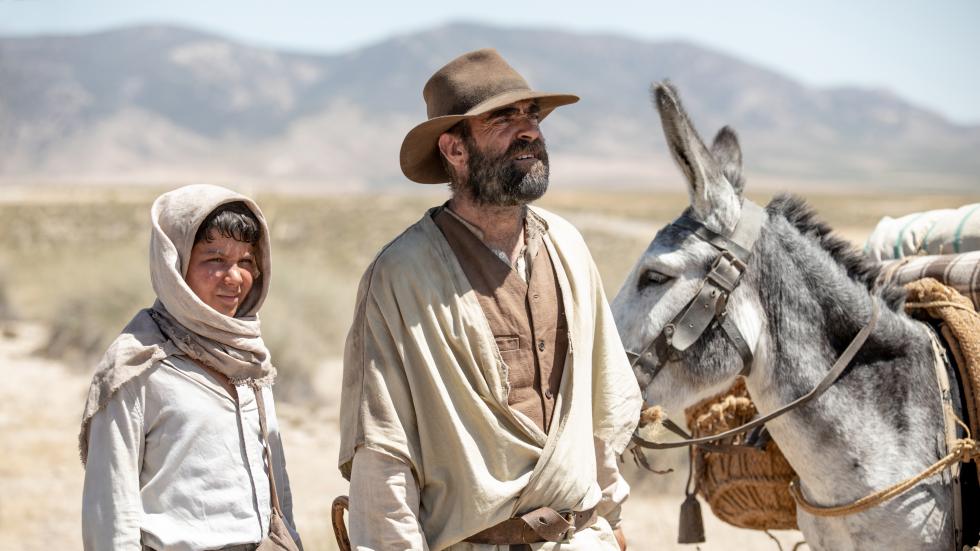 A key name in national cinema, José Luis Guerin, winner of the Golden Giraldillo in the 2015 edition with 'La academia de las musas', returns to Seville to screen his latest production, 'De una isla' in a very special session. It is a 25-minute short film in which the great Barcelona filmmaker approaches the origins and mythology of Lanzarote in a poetic way. A "geological drama", as its author defines it, with which Guerin responded to an invitation from the César Manrique Foundation to pay tribute on the centenary of his birth to this artist who claimed the volcanic beauty of the Canary Islands. The director opts here for celluloid and the more artisanal aspect of cinema to, in tribute to Manrique's work, investigate the winds, minerals, botany and histories of the island as a way of approaching human nature.

His first film as a filmmaker, 'Los motivos de Berta' (1984), will also be shown in Seville. On this occasion it will be presented in the director's new and remastered cut using the original materials digitized by the Filmoteca de Catalunya. It is a work between minimalism and contemplation, influenced by documentary cinema and the work of directors such as Robert Bresson and Víctor Erice. Guerin's camera follows with a subtle and almost anthropological gaze Berta, a teenager from a quiet village whose life is altered by the arrival of a film crew and a mysterious character. A great opportunity to enjoy on the big screen this unique title in Spanish cinematography, which in this 2019 has turned 35 years.

Spanish cinema to premiere in Seville

Within the Official Section - Out of Competition, the name of Marc Vigil, who premieres 'El silencio del pantano' in Seville after celebrating his world premiere in the BUSAN of Korea, stands out. After his applauded experience in television directing series such as 'The Ministry of Time', he now delivers this agile thriller starring, among others, Pedro Alonso ('Money Heist'), Raul Prieto, Nacho Fresneda and Carmina Barrios, and based on the novel of the same name by Juanjo Braulio, which tells the relationship between the Valencian underworld and political corruption.

In the Special Screenings section, viewers will be able to enjoy Benito Zambrano's latest film, 'Intemperie'. Starring Luis Tosar, Jaime López (the boy from 'Techo y comida'), Luis Callejo and Vicente Romero, this adaptation of the powerful and acclaimed novel by Jesús Carrasco tells the story of a boy who flees his village to enter the plains. In the countryside he meets a silent goatherd who will help him escape from his persecutors, in a plot that advances between suspense and emotion.

With a long trajectory as a producer, the Cordoban Guillermo Rojas debuts as a filmmaker in fiction with the dramatic comedy 'Una vez más', a Sevillian production set in a funeral that causes the reunion of Abril, the main character, with his past and dreams of youth. The title, starring Silvia Acosta and Jacinto Bobo, also features a Sevillian soundtrack, with groups such as All La Glory and Maga.

Polo Menárguez, which already premiered 'Dos amigos' (Resistencias Section, 2013) in Seville, debuts in the fiction feature film 'El plan', a film starring Antonio de la Torre, Raúl Arévalo and Chema del Barco, who work together again after 'Tarde para la ira'. Based on the play of the same name by Ignasi Vidal, it is the story of a group of unemployed friends, three losers who meet at 9 o'clock in the morning to execute a plan that gets complicated as the plot progresses, as the edges of their friendship are uncovered. The film, which currently participates in the Official Section of the Seminci, has a technical team with  Andalusian presence, among which are names such as director of photography Alejandro Espadero. 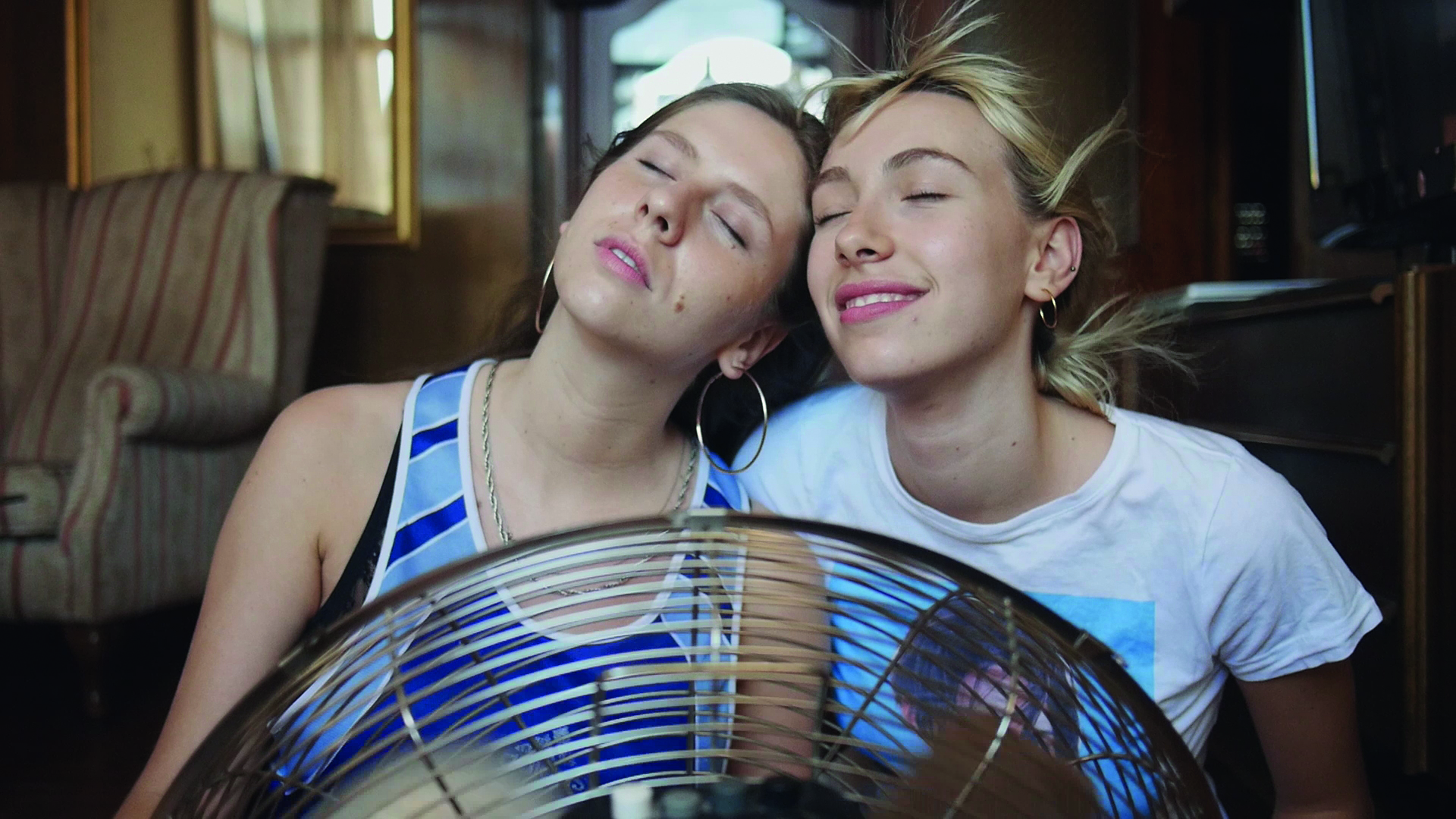 Spanish cinema is also the protagonist of this year's Permanent Revolutions, a section of the Seville Festival that was born last year, heir to the emblematic Resistencias, and which has already brought together great filmmakers such as Albert Serra and Alexander Kluge. In this edition, half of the films that make up the section are Spanish and represent a cinema that hunts for new languages, revising traditional genres such as comedy or drama.

With Greta Gerwig's independent comedies as an inspiration, the director Mamen Díaz (with a long career as a producer and editor) and the actress Violeta Rodríguez, also co-writer here, use 'Violeta no coge el ascensor' to tell the story of a young woman in her twenties condemned to spend the summer working in a publishing house. A collective film, fresh and ironic about the art of failing in an increasingly competitive world and that its creators dedicate to Agnes Vardá. The team includes performers such as the Sevillians Julián and Aixa Villagrán, and in the soundtrack, once again, the songs of Sevillian groups such as Pony Bravo and Fiera.

The duo of filmmakers known as Burnin' Percebes ('Searching for Meritxell') recount in 'La reina de los lagartos' the summer love between an earthling and an extraterrestrial which takes a turn when the ship that was supposed to pick up the latter does not appear. An urban comedy on the limits of the uncomfortable, which consolidates this collective as an outstanding figure in the panorama of post-humour. The cast includes Bruna Cusí ('Verano 1993') and Javier Botet, who has just been recognised in Sitges for his role in 'Ventajas de viajar en tren' (Advantages of Travelling by Train).

Carlos Casas, a visual artist of international prestige who has exhibited his work in institutions such as the Tate Modern, the Pompidou Centre, the Cartier Foundation and the CCCB, and who has been recognised at festivals such as Venice, Rotterdam and BAFICI, will present 'Cemetery' in Seville. The film is an inquiry into civilisation and unexplored territories. A group of poachers follows an old elephant and his mahout (the person who guides him) through the depths of the Indian jungle, in this hypnotic and existentialist journey with a careful sound environment.

The portrait of a fascinating (real) woman, in her lights and shadows, who ended up in prison for killing her partner, is the base of 'This Film is About me', debut in the feature film world by Alexis Delgado and produced by José Alayón, founder of El Viaje Films, responsible for the premiere in Seville of films such as 'La ciudad ocultulta', 'El mar nos mira de lejos' and 'Dead slow ahead'. This film is about me' is a documentary narration about the desire to live in fiction, which reaches the background of a tormented and charismatic personality like Renata Soskey.

The couple- in both cinema and real life, formed by Carmen Haro and Miguel Rodriguez challenged themselves with watching 30 times 'Big', the 80's film starring Tom Hanks, and commenting with their parents and friends this classic of popular cinema. This is the unusual starting point of 'Big Big Big', a documentary comedy that talks about the transforming experience of cinema in our relationships.

In the section A Young Continent, which brings together films supported by the most important film schools in the country, we again find stories told with freshness and agility when it comes to new film discoveries in form and content.

Produced by ESCAC, 'Los páramos' is Jaime Puertas' debut as a filmmaker. The arrival of a new forest ranger makes Aurora, a gypsy woman who lives in the mountains, wake up to the existence of new worlds. A film that stands out for its mastery of audiovisual language and places the landscape, both natural and human, of rural Spain in the foreground.

A female character also stars in Mario Jara's second feature ('Año cero'). In '365', a work supported by ECAM, Inés returns to her village after some time pursuing the dream of dedicating herself to music. A longing that has taken her to the mental and physical limit, and that has kept her away from her loved ones.

Along with these titles, the Seville Festival has already announced other Spanish films present in the programming of different sections of the competition, whose 16th edition will inaugurate the expected 'Mother', by Rodrigo Sorogoyen. Albert Serra's 'Liberté' and Eloy Enciso's 'Longa noite' will also be shown in the Official Competition Section, while in a special out-of-competition session several short films by Sergio Caballero will be screened, including the Spanish premiere, after Cannes, of 'Je te tiens'.

Filmmaker Jaione Camborda will be the only national representative in the emblematic Las Nuevas Olas section with her long-awaited debut in the fiction feature film 'Arima'. Sevillian filmmaker Alejandro Salgado and Navarrese filmmaker Oskar Alegria will compete in Las Nuevas Olas - No Ficción with 'Barzaj' and 'Zumiriki'. These directors will be joined by the films that make up the Andalusian Panorama Section in the following Festival announcements.