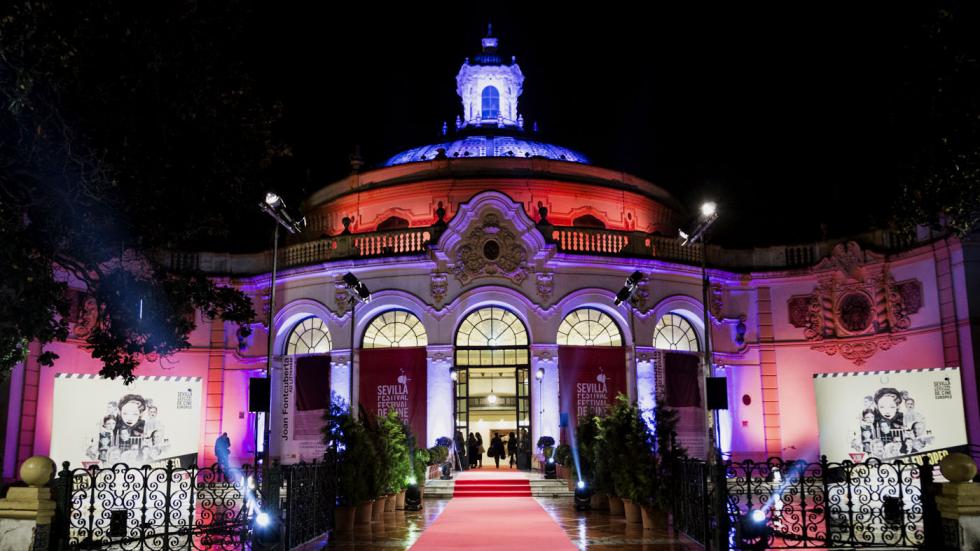 THE SEVILLE FESTIVAL STARTS WITH AN OPENING GALA

The ‘Mala Sangre’ scene’s recreation by the artist Miguel Rivera will stand out at the event’s opening, that will take place from the 8th until the 16th of November. ‘Mala Sangre’ is considered one of the major films for the recent European cinema.

The Lope de Vega Theatre will be the scenery for the act, where it will also intervene our hosts Isa Calderón and Lucía Lijtmajer, the filmmaker Lene Berg and the members of the official jury, among other guests invited for this edition.

The Seville festival opens up its 16th edition this Friday 8th of November with an opening gala where the legendary filmmaker and producer Pere Portabella will be given the Giraldillo de Honor – a very illustrative statuette of the Andalusian capital since it represents the Seville cathedral top sculpture. Starting at 8:00 pm at the Lope de Vega Theatre, the act will conclude with this edition inaugural title presentation and projection, ‘Madre’, by Rodrigo Sorogoyen, with the director’s presence and the film’s cast.

Among all the great moments this act will give us, Miguel de Rivera’s performance – musician referent of the independent cinema – will also stand out. In this occasion, a little orchestra will lead the act to interprete the song ‘Modern Love’ by David Bowie, with a staging re-enacting the fabulous scene of the film ‘Mala Sangre’, by the French director Leos Carax, one of the most famous flights of the contemporary European cinema. With two decades in front of the Sevillian indie group “Maga”, Miguel Rivera is a usual collaborator of Xoel López, Niños Mutantes, The New Raemon, Germán Coppini y Zahara, as well as a compositor for films such as ‘El Factor Pilgrim’, ‘Astronautas’, ‘¿Quién mató a Bambi?’ or ‘Yo, mi mujer, y mi mujer muerta’.

The gala will be presented by the journalists and humourists Isa Calderón and Lucía Lijtmaer, where it will intervene the jury members Ada Solomon, Mirsad Purivatra, Elías León Siminiani y Lucía Alemany; the Norwegian filmmaker Lene Berg, who a retrospective cycle will be dedicated to; the producers Mike Downey and Carlos Saura; and Concha Ortiz, who will traduce and introduce one of the parts of the event.

The Seville Festival will take part from the Friday 8th until the 16th of November, with an edition that will turn the city into the European cinema capital once again. This year, the show will bring together the most acclaimed directors of the moment, names as Robert Guédiguian, Elia Suleiman, Abel Ferrara, Justine Triet, Albert Serra, Joanna Hogg, Pietro Marcello, y Mark Cousins, among many others. It will be introduced, during this nine days, over 230 titles with many first releases, meetings and activities open to the public.