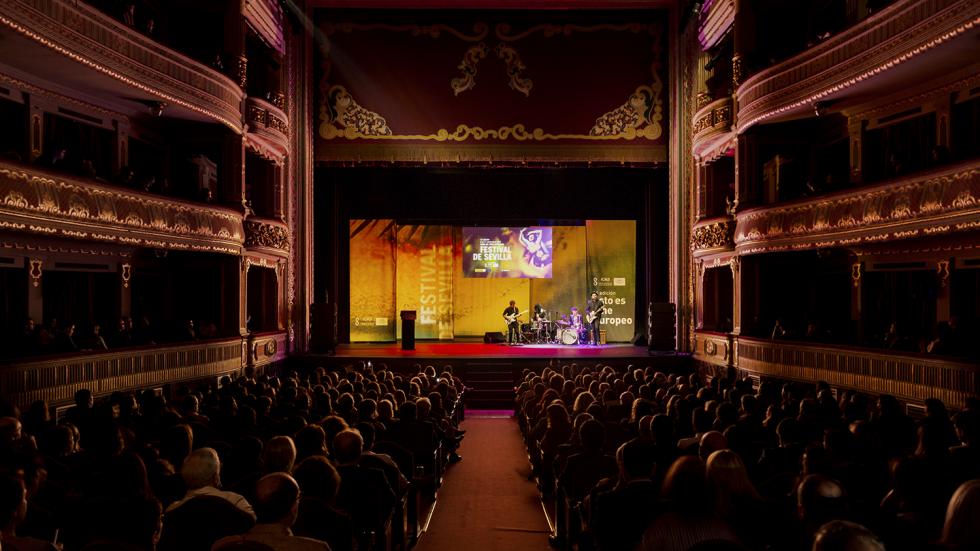 With a score that supposes the historical maximum of the event, the SEFF has obtained an aid of 63,000 euros for this edition of the festival

The event, which will be held from November 8 to 16, advances an edition which will bring together a vibrant European cinema without prejudices, great authors and award-winning films at the best festivals in the world

The Seville European Film Festival has been placed among the best rated European events best by Creative Europe, the European Commission's framework programme designed to support the continent's cultural and audiovisual sectors, to which 204 projects have been submitted this year. In an open competition with the rest of the European film festivals as candidates, the Seville event obtained a score of 93 out of 100 in the last open call of the Media sub-programme according to the assessment made by a committee of experts. A rating that represents the historical maximum of the Sevillian festival in this award, this score is given according to a relevance criteria, quality of content and activities, dissemination, sustainability and organization.

According to the committee appointed by Media in its report, the Seville European Film Festival "plays a crucial role in maintaining the profile of the European cinema in all areas of the region". This positive evaluation recognises the Seville event as an ideal platform for numerous film distributors to premiere their films in Spain and ensure that they are subsequently shown in theatres. This factor, along with its constant collaboration with relevant organizations such as the European Film Academy (EFA), Eurimages or the Lux Awards, positions the Seville European Film Festival as a reference point in the consolidation of networks with other European film entities.

Thanks to the support of Creative Europe -which has been awarded to the SEFF since 2009-, the Seville Film Festival has obtained a grant of 63,000 euros, which will contribute to achieving the objectives set by the programme in terms of the development on its economic potential, sustainable growth, job creation and social cohesion. A way to strengthen the festival’s competitiveness this year, in its sixteenth edition, which will be held from the 8th to 16th of November.

A network of European film festivals

This network, the creation of which gave an official status to the exchanges of experience and practices that had previously existed between these competitions, was presented last year with the aim of establishing continuous collaboration in promoting European cinema, collectively defending the role of these festivals in their dissemination and carrying out joint activities. The seven events share their commitment to seeking new voices and young talents in European cinema, serving then as a platform for expanding their contacts with the international film industry.