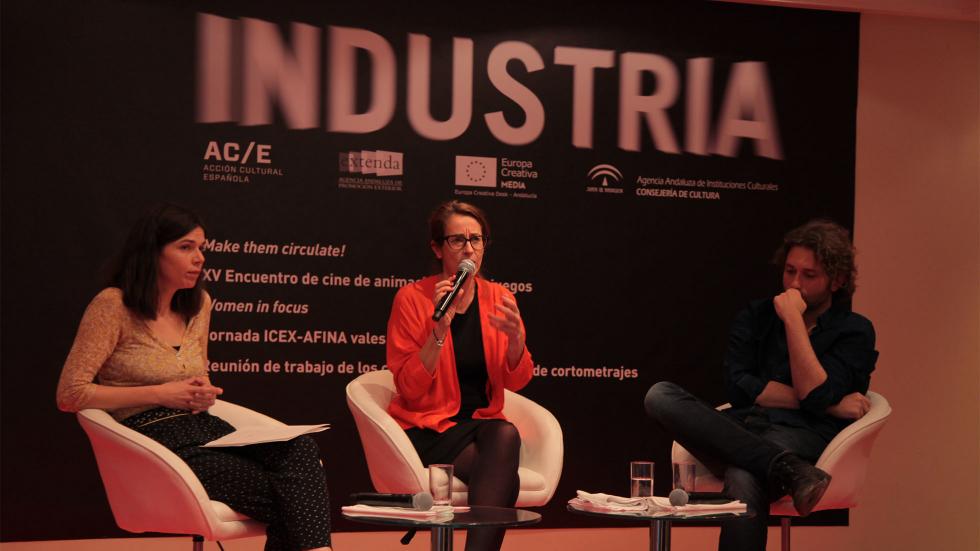 Promotion of co-productions between Italy and Spain

Meetings for professionals, expert advice and workshops are some of the activities of this Sevillian event in its Industry Days, which in this 16th edition will have an Italian accent

The Moving Images - Open Borders meeting, held for the first time as part of the festival, will promote improved codes of good practice and will showcase the Europa Júnior and Cinéfilos del Futuro programmes as success stories

The Seville European Film Festival's industry conferences will highlight Italy. The Sevillian event, which has been betting for years on being a meeting point for professionals in the sector, wants to function in this 16th edition as a bridge between these countries in order to encourage co-productions between them.

The Festival has published a call for producers with projects in the development phase to come to the festival and meet with Italian companies in order to reach co-production agreements. This is an initiative of the Festival, the newly born Andalusian Association of Film Producers of Fiction, Documentary, Animation and Serial (ANCINE), the Apulia Film Commission and AGICI (Association of Independent Audiovisual Industries). Ten projects (four Italian and six Spanish, of which three will be Andalusian) will be selected in this call for proposals. Two prizes will be awarded, one of 3,000 euros in cash for the development of the project, and the other of 5,000 euros for post-production (editing and sound mixing).

The network of European festivals will meet in Seville

For the first time, the 16th edition, which runs from 8th to 16th of November, will host the Moving Images-Open Borders meeting, which brings together different European festivals in a pioneering network aimed at sharing experiences and promoting good practices.

Make Them Circulate! returns to the pursuit of finding new channels and audiences

Once again, the programme of the SEFF's Make Them Circulate!, designed to improve the distribution and search for new audiences, will promote work meetings for professionals, workshops about financing and improving distribution tools.

This platform will host a conference on distribution from the point of view of Marketing, organized in collaboration with the Institute of Cinematography and Audiovisual Arts (ICAA), together with the Association of Independent Film Distributors (ADICINE), which will also organize a meeting between associations of Spanish distributors.

Also within this program, the producer and scriptwriter Fernanda Rossi will give a seminar directed at scriptwriters, directors and producers to help them improve their presentations of audiovisual projects oriented to the search for funding. Rossi will explain how to develop the pitch, write and prepare promotional material as well as the production of trailers for the presentation of projects.

On the other hand, as part of the Sources 2 cycle, sessions will be held to provide personalized advice to different Andalusian projects. Experts such as scriptwriter and director Gualberto Ferrari and producer Edgard Tenembaum will be sharing a film script and project development session for a maximum of three participants.