The Official Section of the 18th Seville European Film Festival

Memory', the latest film by the Thai master starring Tilda Swinton and winner of the Jury Prize at Cannes, makes its Spanish premiere in the main competition section.

20 films by the leading European directors of recent cinema are competing for the Giraldillo de Oro, the award for the best film in the main section of the event. 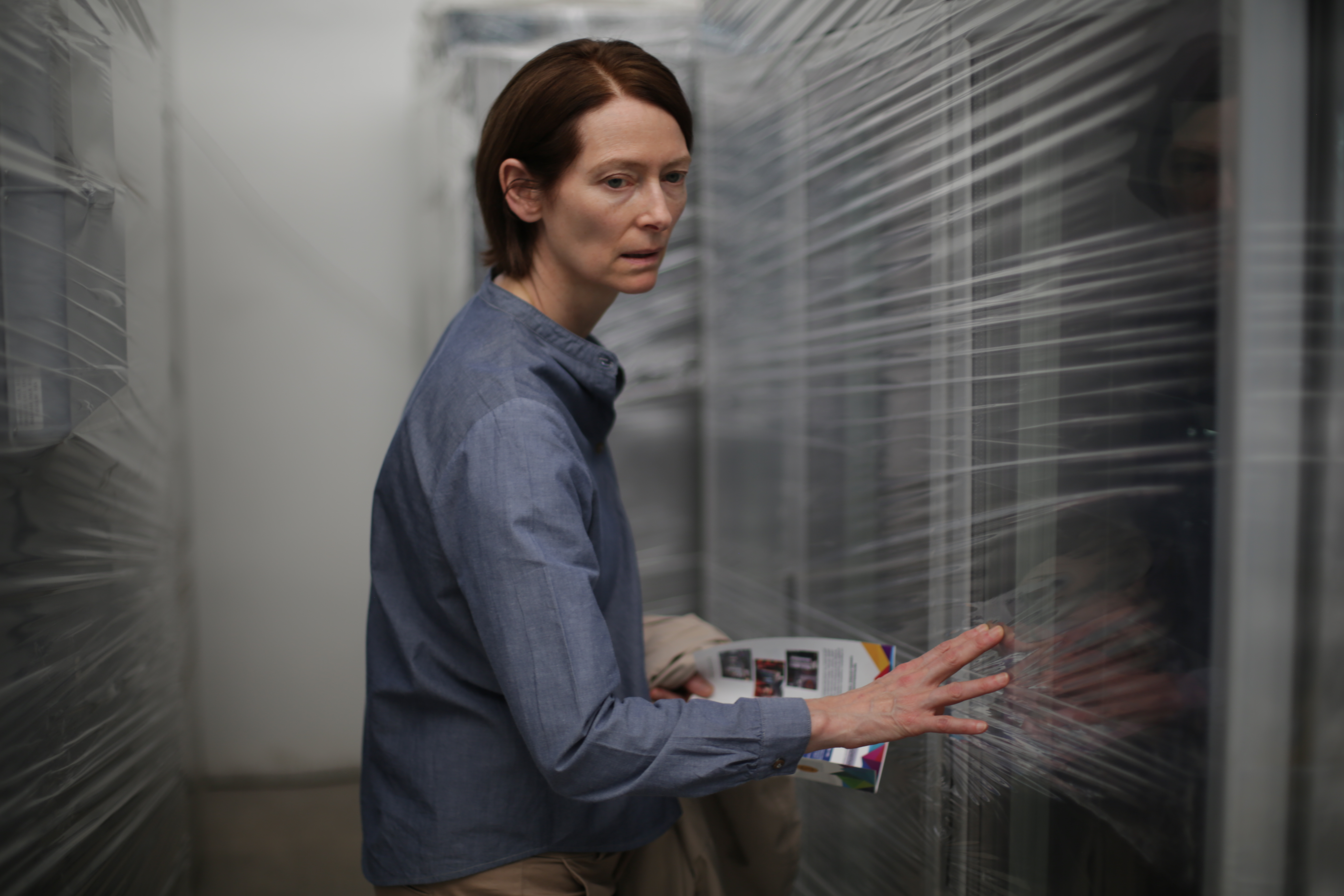 Seville, 08 September 2021 - The Official Section of the eighteenth edition of the Seville European Film Festival, to be held from November 5th to 13th, is set to be one of the most tightly contested and complete in its history, with a total of 20 films in competition.

Thus, in addition to previously announced names such as Mia Hansen-Løve, Nadav Lapid, Andrea Arnold and Miguel Gomes, as well as Spanish filmmakers such as Santi Amodeo and Liliana Torres, outstanding European filmmakers will be joined by their latest works, all of which will compete for the Golden Giraldillo.

The Official Out of Competition Section will also screen films by Spanish directors, such as Violeta Salama's Alegría and Rodrigo Cortés' El amor en su lugar.

The weight of memories

Accompanied by the actress Tilda Swinton, the Thai master Apichatpong Weerasethakul will premiere in Spain the European co-production Memoria, which will arrive in Seville after winning the Jury Prize at the Cannes Film Festival. Featuring a sensorial, contemplative, radical and always fascinating approach, Weerasethakul's cinema travels to Colombia to bring the conceptual and spiritual reflections as well as the values of his imaginary to new environments. Bolder than ever, his latest film uses sound, or silences, as a narrative and discursive element, in a story that follows a woman (Swinton) haunted by a strange sound that prevents her from falling asleep. Master of an original voice and a surreal vision, the filmmaker has seduced cinephiles all over the world with films such as Uncle Boonmee Who Can Recall His Past Lives (Palme d'Or at Cannes 2010).

Also committed to memory and legacy are Joana Hadjithomas and Khalil Joreige, who return to Seville with their latest collaboration after presenting The Lebanese Rocket Society (2012). Now recognised as a solid creative duo, they present Memory Box, an exciting look at Lebanon in the 1980s, based on the story of a teenage girl who explores her mother's tumultuous past through a box filled with notebooks, photographs and cassettes from the period, revealing a previously unknown image of her mother. Rich in autobiographical elements experienced by Hadjithomas, with an approach that refuses to shy away from emotion, resulting in a time-travelling tale. 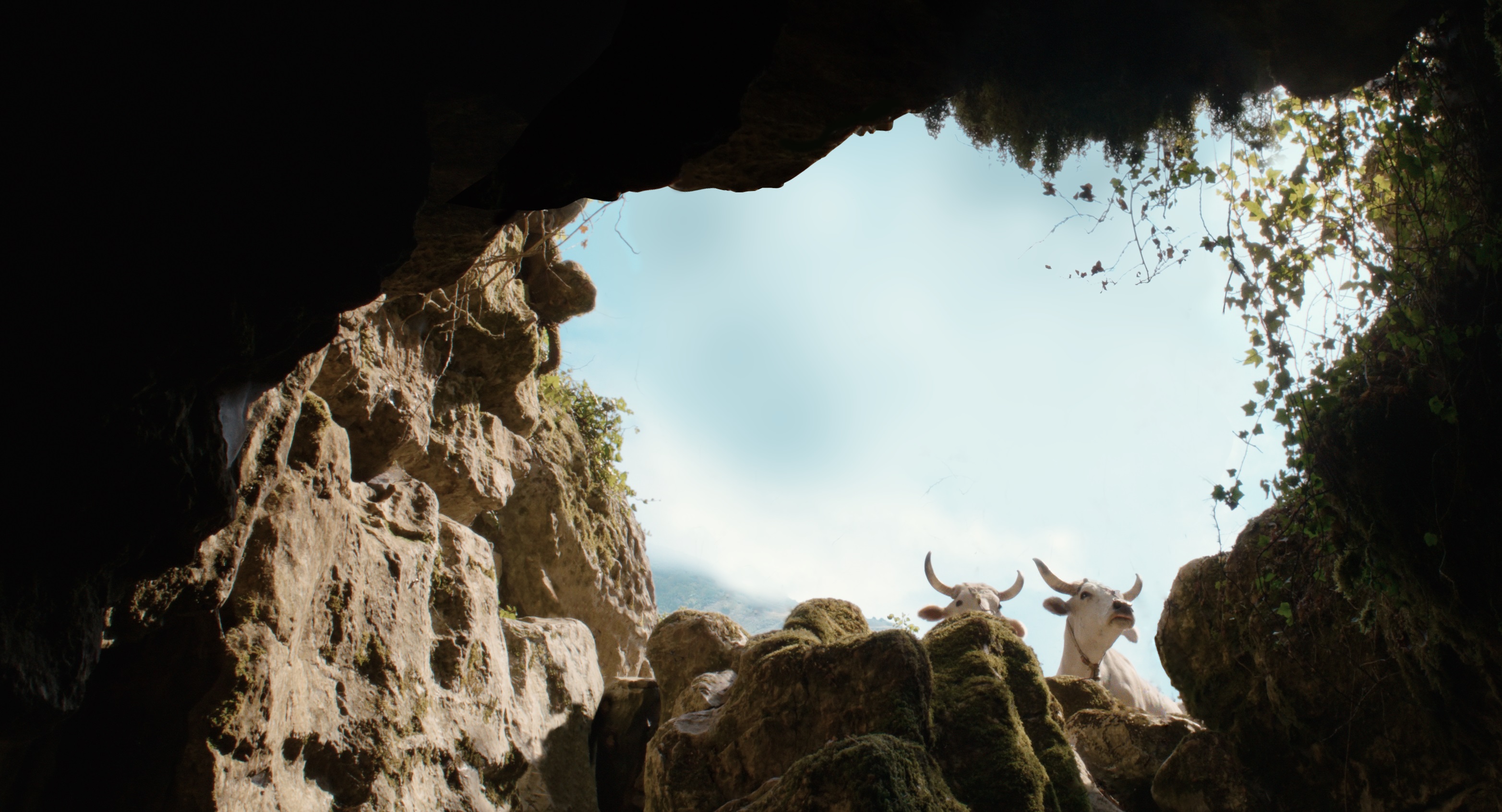 Despite a long career as a film and television director, few of the works of German director Dominik Graf (The Cat, Beloved Sisters) have reached Spain. The eighteenth edition of the Festival will host the Spanish premiere of his latest film, Fabian: Going to the Dogs, which adapts the novel bearing the same name by Erich Kastner. Featuring a bold visual approach that demonstrates the vitality of an almost 70-year-old filmmaker, the film travels to Berlin in 1931, in the context of the fall of the Weimar Republic and the rise of Nazism, to follow the adventures of a war veteran aspiring writer who, by day, works as a publicist for a tobacco company and, by night, hangs out in cabarets and brothels.

Meanwhile, Italian director Michelangelo Frammartino (Le quattro volte) competes with Il Buco, a film that recreates the first expedition in 1961 to one of the deepest caves on the planet, known as the Bifurto Abyss, in the Pollino mountain region of Calabria. Casting twelve young cavers to play their predecessors, all of whom had to repeat the heroic feat equipped with climbing gear from six decades ago, Il Buco foregoes dialogue and conventional story lines. 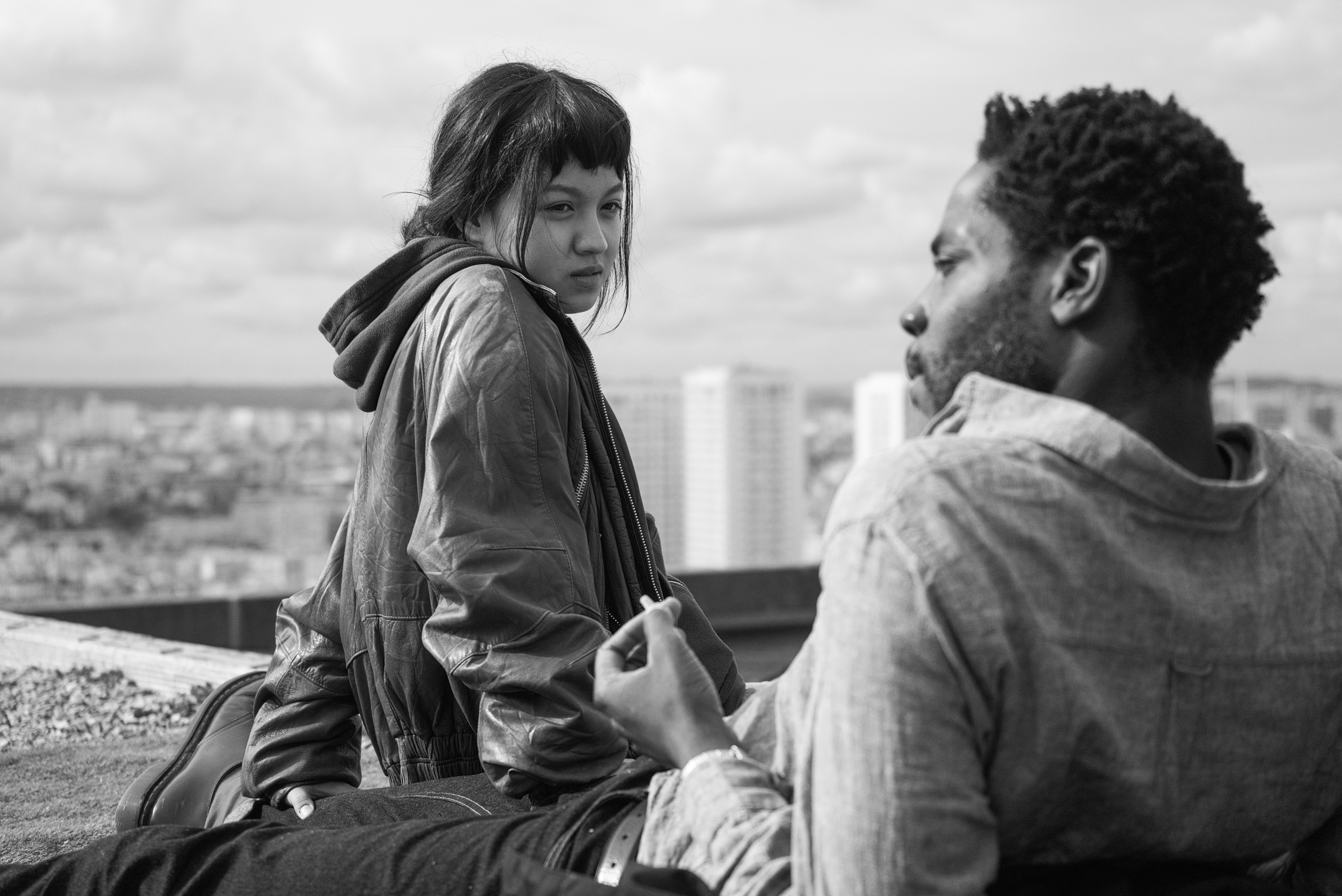 The lights and shadows of real life

Jacques Audiard, collector of awards at Cannes: Palme d'Or with Deephan and Grand Jury Prize with A Prophet, returns to Seville with his radiant work, Paris, 13th District. Shot in warm black and white, the film freely adapts three graphic novels by the American historian Adrian Tomine (Amber Sweet, Killing and Dying and Hawaiian Getaway) with the collaboration of Céline Sciamma on the screenplay. Set in Les Olympiades, a Parisian neighbourhood in the 13th district, the film tells the story of the encounters and misunderstandings of four young people who are disenchanted with their lives and their future but who, despite their hopelessness, find room for beauty and love.

The other two films in the Official Section in competition are very different in tone. In Saving One Who Was Dead, Czech director Václav Kadrnka returns to the theme of losing a loved one. Here, after a stroke, a family man is in a coma, cared for by his wife and son. The long days in hospital, the silences and everything else that is suffered and thought but not expressed form part of a deeply spiritual film, a story about that time shared when verbal communication with the sick person is not possible, but in which, nevertheless, one feels the certainty that connection is possible.

After its appearance at the Locarno Festival, the disturbing Medea, by the Russian Aleksandr Zeldovich, arrives in Seville. A film that, like the Greek tragedy that inspired it, explores human nature before repressed desires, jealousy and anger, based on the adventures of a morally ambiguous woman whose love and life episodes project a disturbing feeling onto the spectator.

Lastly, in Onoda, French filmmaker Arthur Harari makes a dazzling film in the best tradition of the classics, portraying the 10,000 nights in the jungle of a forgotten Japanese soldier on an island after the Second World War. Selected as the opening film in the Un Certain Regard section of the Cannes Film Festival, Harari here makes a historical film with Japanese actors and a plot that spans almost 30 years in one of the most monumental works of recent French cinema. 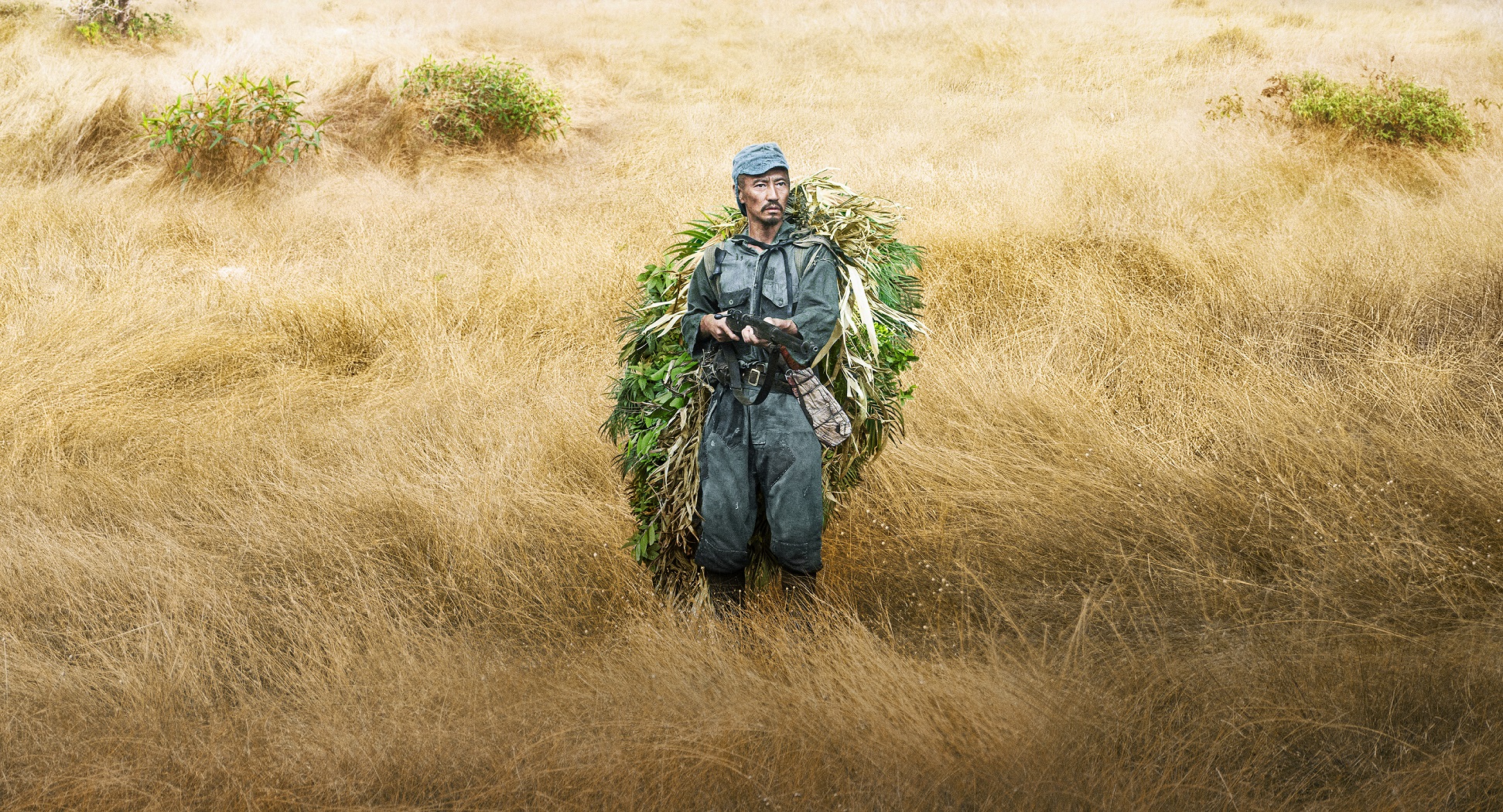 Films in the Official Section

●      What Do We See When We Look at the Sky?, by Aleksandre Koberidze

Films in the Official Selection Out of Competition