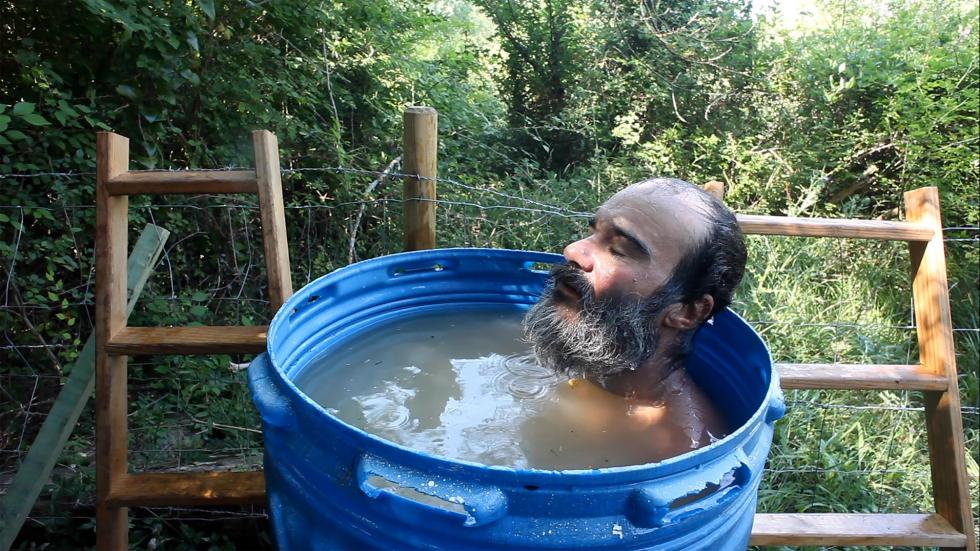 New Waves – Non Fiction: imagination, empathy and the capacity to amaze us

The mafia seen from the inside, as it had never been filmed before; workers fighting for their rights; the Soviet Union, its space experiments and the dog Laika as a symbol; teenagers from a marginal neighbourhood in Paris using cinema as a weapon of knowledge and coexistence... surprising stories and unusual approaches in what was traditionally called documentary cinema come together in the New Waves - Non-Fiction section of the 16th edition of the Seville Festival, to be held from November 8 to 16.

Films directed by international references like Éric Baudelaire, Sergei Loznitsa, Alain Cavalier and Lech Kowalski, along with new non-fiction talents like Alejandro Salgado, Oskar Alegria and Alexe Poukine, who approach narrated events (both present and recent past) with an empathic and profound perspective.

The Mafia isn't what it used to be

Two of the films in competition in New Waves - Non-Fiction share their approach to mafia organizations, from the vision of directors from southern Italy. Through the eyes of photojournalist Letizia Battaglia, 'The Mafia is no Longer What it Used to Be' takes a trip through Palermo and its relationship with the Mafia, demystifying it through an abrupt outlook. Franco Maresco's film ('Belluscone. A Sicilian Story'), recently awarded the Special Jury Prize in Venice, begins on the 25th anniversary of the assassination of judges Falcone and Borsellino.

Francesco Patierno ('Diva!') looks back at his hometown and the growth of organized crime between the 1960s and 1990s in 'Camorra'. Premiered in Venice, this documentary draws on unpublished images of the time to draw an accurate picture of this criminal group.

In the first person

After the multi-award winning 'La casa Emak Bakia' (2012), Oskar Alegria returns to the cinema with 'Zumiriki', selected in the Horizons section of Venice. A new connection to a way of life tied to nature on the verge of extinction, which the Navarrese director and writer is carrying out by living and filming for four months in a hut by the river Arga. This renovating experience (both vital and cinematographic) brings together nocturnal creatures, trees with names and the last shepherds of the Basque Pyrenees, in the spirit of Thoreau and Crusoe

Éric Baudelaire ('Letters to Max') is one of the most internationally renowned audiovisual artists: in addition to the most important festivals, his work is to be found in the collections of centers such as the Museo Reina Sofía in Madrid, the MACBA in Barcelona, the Centro Pompidou in Paris, the MoMA and the Whitney Museum in New York. Baudelaire worked for four years with 20 secondary school students in the Paris suburb of Saint-Denis to teach them how to make films. This is the origin of 'Un film dramatique', a play that fulfills Godard's dream of making a collective film and that portrays the spontaneous act of shooting.

Alain Cavalier ('Thérèse'), an essential filmmaker in the history of active French cinema since the late 1950s, is preparing in 'Être vivant et le savoir' a film based on the autobiography of novelist Emmanuèle Bernheim, in which he describes how his father asked him to "put an end to everything" after a heart attack. The project changes when Emmanuèle calls Alain to tell her that she will be operated on urgently, giving rise to this intimate film about the relationship between human beings and death, premiering in Cannes.

Also in The New Waves - Non-Fiction section, although out of competition, Yervant Gianikian continues to pay tribute to his life and film partner Angela Ricci Lucchi, who passed away in 2018, with whom he made an artistic duo that marked the history of the most political and reflective documentary cinema since its debut in the 1980s. In 'I Diari di Angela - Noi Due Cineasti. Capitolo Secondo', selected in Venice, Angela's diaries serve to discover their artistic, historical and political mission as filmmakers.

Films that look in front of the most current topics

A group of children escaping from Morocco to reach European shores get caught between the two borders, seeking refuge in Melilla. Sevillian filmmaker Alejandro Salgado ('Bolingo, el bosque del amor') portrays in 'Barzaj' the so-called Unaccompanied Foreign Minors in their journey through this limbo, composing a poetic and ghostly tale about one of the most serious crises in Europe today.

In 'That Which Does Not Kill', based on the testimony of a 19-year-old girl who has been raped, Alexe Poukine questions society's perception of gender violence. To do so, she confronts a dozen women and men with the victim's story, revealing the absence of consent in such dramatic situations.

With 'Blow it to Bits', veteran punk and combative filmmaker Lech Kowalski ('East of Paradise') narrates from within the struggle of 277 employees fired from a car parts factory. Handheld camera shot, the director accompanies the group of workers on their days of strikes just like any other.

Back to the USSR

Elsa Kremser ('Nebel') and Levin Peter ('Hinter dem Schneesturm') examine in 'Space dogs' the untold story of the dogs exploited for this purpose and the demystification of Laika, the first living being put into orbit. Searching for its reflection in the streets of today's Moscow, the film follows stray dogs with the camera at the height of their point of view, as a way to relativise and put in place our anthropocentric and megalomaniac vision.

After winning the Golden Giraldillo in 2018 with 'Donbass', Sergei Loznitsa returns to the Seville Festival with 'State funeral', a chronicle of Stalin's funeral portrayed as the culmination of the cult of the Soviet dictator's personality. Through never-before-seen images of the massive ceremony, Loznitsa, one of the most emblematic filmmakers of the 20th century and one of the most vocal critics of the legacy of communism, offers unprecedented access to this historical episode and ponders its disturbing legacy in Russia today.