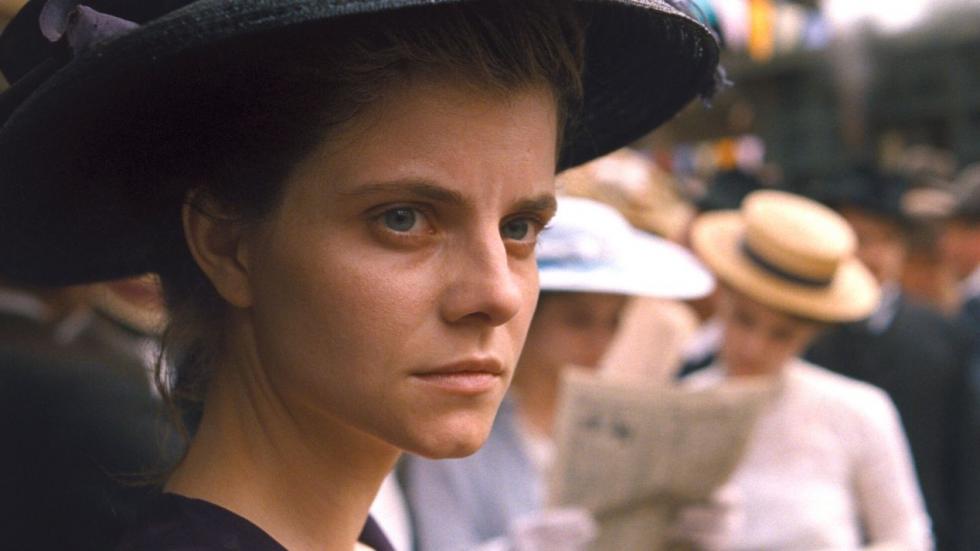 MORE HIGHLIGHTS AT THE FESTIVAL

An historical fresco that covers three periods from its protagonist’s childhood in Nazi Germany to his escape to the other side of the wall, “Never Look Away” combines romance and creation in Florian Henckel von Donnersmark’s return to German cinema after his adventure in Hollywood with “The Tourist” (2010). After reinventing the portrait of the Holocaust with “Son of Saul”, László Nemes portrays in “Sunset” the end of the Austro-Hungarian Empire and the spark that provoked the First World War, through the adventure of a young woman trying to recover her family links.

The new films by three Spanish directors will have their world premieres at the #15Festival Sevilla: after becoming known with “Edificio España”, Victor Moreno now offers an urban symphony with a science-fiction atmosphere in “La ciudad oculta”, a journey to the ground beneath Madrid, to its sewers and tunnels, as a symbol of the subconscious of a large city. After “Ciutat mortal”, Xavier Artigas and Xapo Ortega go back to the documentary of denunciation with “Idrissa” which tries to find explanations for the mysterious death of an African immigrant in an internment centre for foreigners in Barcelona. Both will be in the Official Section. Pablo Llorca, meanwhile, will present “El viaje a Kioto” in Permanent Revolutions: a social portrait in a comic tone, it tells of the personal and professional decline of a musician from the Movida.

Sergei Loznitsa will manage an unusual feat at a film festival, presenting three feature films: he will compete in the Official Section with “Donbass”, a caustic look at the armed conflict between pro-Russians and nationalists in Ukraine, in 2014. And in New Waves-Non Fiction he has two documentaries: “The Trial”, which recovers images from a trial in the Russia of 1930, reviving the terror machine created by Stalin, and “Victory Day”, which reflects on the wishes of those attending the annual parade in Belin, which celebrates the victory of the Russians over the Nazis in the Second World War.

The #15FestivalSevilla will include films endorsed by international awards: the crude, feminist “Joy”, by Sudabeh Mortezai, won at Venice, and Jean-Bernard Marlin won the Jean Vigo Award for “Shéhérazade”, a violent love story between a gangster and a prostitute. And up to four winners at Locarno will also be in Seville: Yolande Zauberman with “M”, Eva Trobisch with “All Good”, Sara Fattahi with “Chaos” and Tarik Aktas with “Dead Horse Nebula”. Films about traumas from the past and their dialogue with the present. On the other hand, the New Waves Section – Non Fiction will screen the latest works by Portuguese director Salomé Lamas (“Extinçao”) and by Nicolas Philibert (“De chaque instant”), two documentaries as acclaimed as they are different in form.

With the desire to support two key female views, the Seville Festival will pay tribute in two retrospectives to Ildikó Enyedi and Ula Stöckl. As regards the first, winner of the Golden Bear at Berlin for “On Body and Soul” (2017) we will see not only this film but also three of her previous films, “The Mole” (1987), “My 20th Century” (1989) and “Simon Magus” (1999).

As for Stöckl, an essential name in the the New German Cinema of the 60s and 70s and a pioneer of feminist protest cinema, she will arrive in Seville with four feature films (“The Cat has Nine Lives”, “The Golden Thing”, “Sleep of Reason” and “The Old Song”) and two short films (“Antigona” and “Don’t Talk About Fate”). And with “Stories of the Dumpster Kid”, a project conceived with Edgar Reitz, composed of 25 short film on 16mm, which will be shown outside a cinema, seeking interaction with a public that will decide the order of screening in a more playful, festive setting. The director herself will comment on her work and on the choice by the spectators in a very special session.