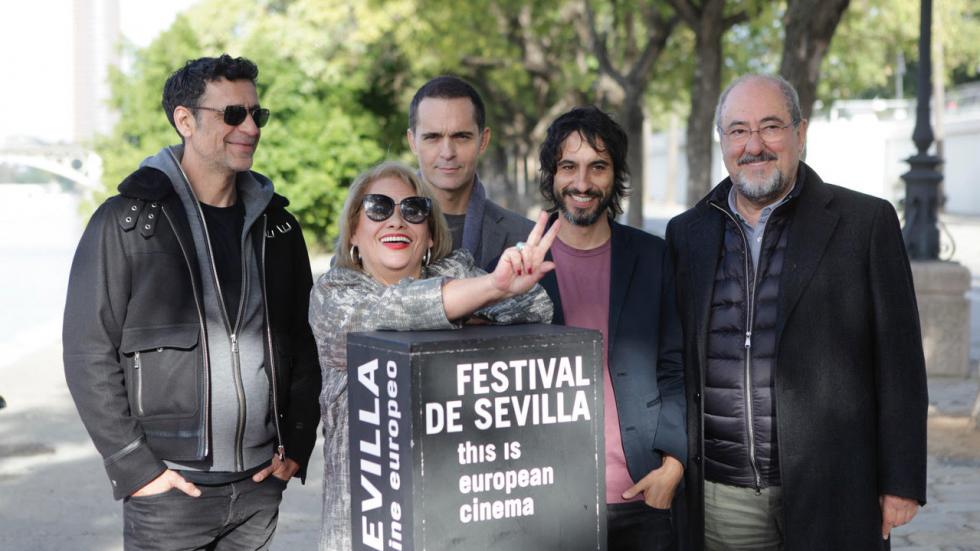 After succeeding in tv series such as El Ministerio del Tiempo, the director Marc Vigil releases his first feature film at the Seville Festival

One day before the closing ceremony, the 16th Seville Festival has received the team of El Silencio del Pantano, a film by Marc Vigil (Avilés, 1975), who after his success in tv series such as El Ministerio del Tiempo releases his first feature film based on the homonym novel by Juanjo Braulio. The film, presented in the Official Section out of competition, releases this night at 8:30 pm at the Lope de Vega Theatre, and could be watched tomorrow as well at Cines Nervión (at 8:15 pm). The film is located in the current Valencia, where the piper of the great corruption party is paid in the shade of the white Calatrava.

The argument is focus on Q., led by Pedro Alonso (La Casa de Papel), a journalist reconverted into a thriller writer who narrates in his bloody books murders. The criticism acclaims him as the new Truman Capote, but the crimes narrated on her books are not as fictitious as it seems.

Carlos de Pando, scriptwriter together with Sara Antuña, has explained that in the adaptation they realised it existed two very differential parts, one real and another fictional: “We were really interested in playing mixing them until we create a single story”. For Marc Vigil addresses “a play of mirrors where we wanted the audience to confuse these limits between what real and fiction are”. According to the underlying thematic and corruption, the Asturian has explained that his work “addresses the power from all points of view” and that “this film is not about political corruption, but about the soul corruption we all face, because we all obey to moral corruption”.

Pedro Alonso has deepened in the psychologist’s character, that gives meaning to the plot. “My character is really cryptic, it caused several doubts since it expresses something that has nothing to do with what is actually happening”, has confessed Alonso. Together with him, Carmina Barrios (Carmina o Revienta) also participates in the film, who has admitted that in order to work on his role she has been taken all the director’s orders, although for Marc Vigil “we turn to her to tell what we were not capable of, such as the context of the neighbourhood or the street Carmina possesses”.

On his part, Nacho Fesneda (El Ministerio del Tiempo, Hospital Central) has also confessed that he feels as “a soldier in front of the director, since the authors we never have a global vision of the project”. On his case, “it has been a hard work because of the physical transformation, but except this everything was fitting”.

His other co-star, José Ángel Egido, has added that Vigil has helped him to “undress his character” in order to reach “the coincidence, that is something we can ignore or not, but that all human being has. We have been removing the most superficial layers to tell himself what he wants nobody to know”. Vigil has recognised that his intention has not been to make “the audience empathise with the characters, but that they are recognised in the world that surrounds them”.