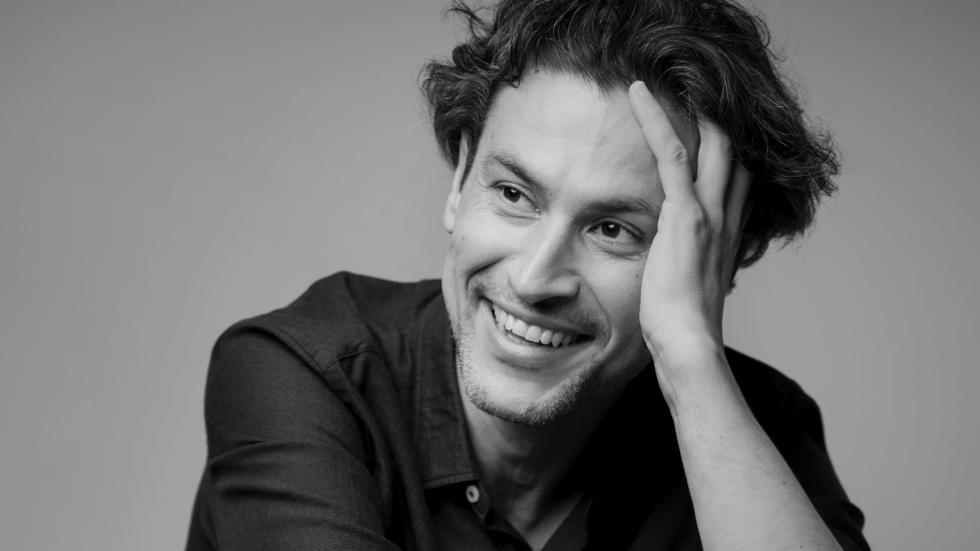 ‘LOVE GETS A ROOM’': RODRIGO CORTÉS IN THE WARSAW GHETTO

For Rodrigo Cortés, there seemed to be no greater challenge than to entirely shoot in a box a thrilling story. Buried (2010), a tour de force in which Ryan Reynols remains locked in a coffin for an hour and a half, was a success. And perhaps that encouraged the Galician filmmaker to tackle what he himself thought was unapproachable: Love Gets A Room is an exercise in style, and also a beautiful love song directed at theatre, and art, as a healing remedy against tragedy. It' s a tribute to those who suffered in their flesh the Nazi horror.

We spoke with Rodrigo Cortés about this striking film, which tells the story of a troupe of actors who perform a musical comedy inside a small theatre in the Warsaw ghetto, during the German occupation. A moving story that shows the clash between survival and genocide, between laughter and death. Behind closed doors, dozens of people gawk at the comical vicissitudes of two couples living in the same room. The fiction of the play Love is looking for a flat helps to temporarily forget that outside there is fear, persecution and corpses.

Yes, it was written by Jerzy Jurandot while he was in the ghetto and to be performed right in the ghetto. There was a beautiful thing about it: it's a very funny play, which is an irreconcilable paradox, because the Jews themselves are laughing at their conditions, at the cold, the hunger, the death, the torture by the Jewish police, the corruption of the Judenrath... they were laughing at everything except the Germans, which was forbidden.

Where did the idea for the film come from?

In one of David Safier’s (the co-writer) research for one of his plays, he found the play Love is looking for a flat, which would be the literal Polish translation. David discovered that there was a great cultural life in the Warsaw ghetto. Poetry recitals were held, music was played in cafés, and theatre was performed. And this play was very successful. David came up with a draft script that featured a group of actors who staged a play in the ghetto. I got that draft and it seemed like a challenge that Orson Welles would have liked, same thing that happened when I read the script of Buried and I thought: it would have been a challenge that Hitchcock would have loved.

The project, I understand, brings many challenges: from the strictly technical aspect, telling the story in real time, with the clash between what is performed on stage and what happens behind the curtain...

Yes, and one of the biggest challenges had to do with rewriting the original play. The text had survived, as had the lyrics, but not the music, so we had to reimagine it in the musical theatre style of the 30s and 40s, with touches of the Hebrew scales of Yiddish theatre, along to Jerzy Jurandot's own jazz influence, who was also a musician, and of course, with the influence of Hollywood cinema. It was a beautiful work of invention and reconstruction, very complex and foolish for sure, but very attractive.

The film features a cast of unfamiliar faces, an ensemble cast that works like clockwork.

We did an international European casting, because, although the film is shot in English, American English didn't fit Polish, German characters.... Central European accents or more neutral English would fit. We looked for little-known actors to give a lot of verisimilitude to everything we were telling, precisely so that we didn't have to go through the icon and see an actor from a theatre troupe. They had to be good performers, but they also had to dance well and sing even better. The actors are English, Irish, Swedish, there is an Italian, the girl is Spanish-Israeli, and the protagonist is Danish....

Different genres are also explored in the same film. You go from tragedy and horror to vaudeville, to romantic story, to musical, to survival drama, to suspense...

Yes, but that's quite natural for me. The multiplicity of tones interests me a lot, it's my natural way of interpreting things. To freeze a laugh, or the opposite, to break the solemnity of a moment with a seemingly out-of-place laugh.

Speaking of nonsense. This is not a novelty in your career...

Over time I've realised that one of the constants in everything I deal with is that I'm not able to protect myself. I only see a possible version of the film, or the novel, that I'm going to make and I'm incapable of eliminating an edge that makes my life easier. In this film, for example, there are no ellipses or jumps. When I leave the stage and move backstage, the play is still going on, and the tempo between what happens on one side and the other has to work. The actors have to constantly change their acting registry. It was a clockwork mechanism that had to be operated, invisible to the spectator.